Alexanders, Smyrnium olustratum
known as Horse Parsley as a child (maybe in error).
Although always very common in the vicinity of Mill Hill and the Adur Levels and on Shoreham Beach, this umbellifer may not be so common and even absent on the downs away from the coast. 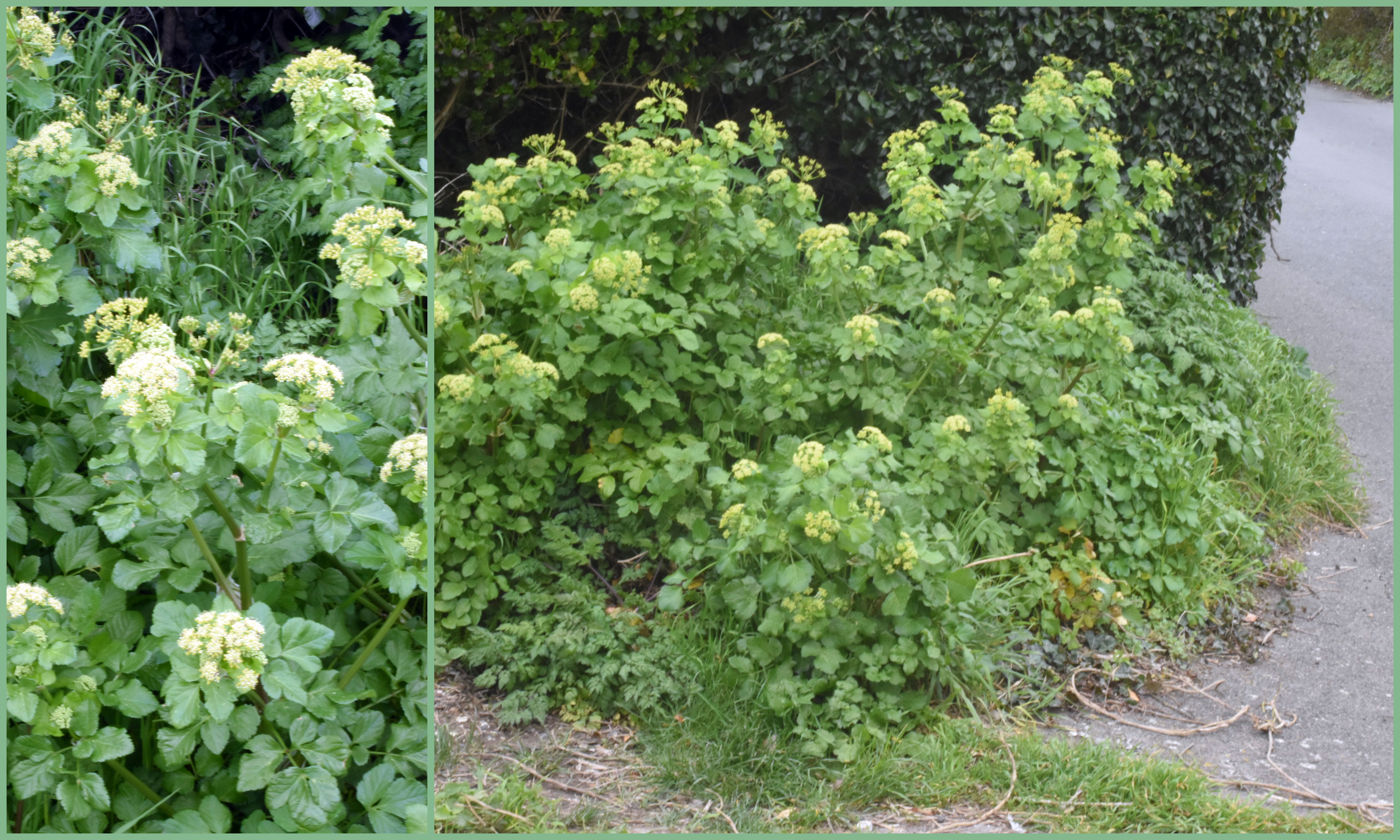 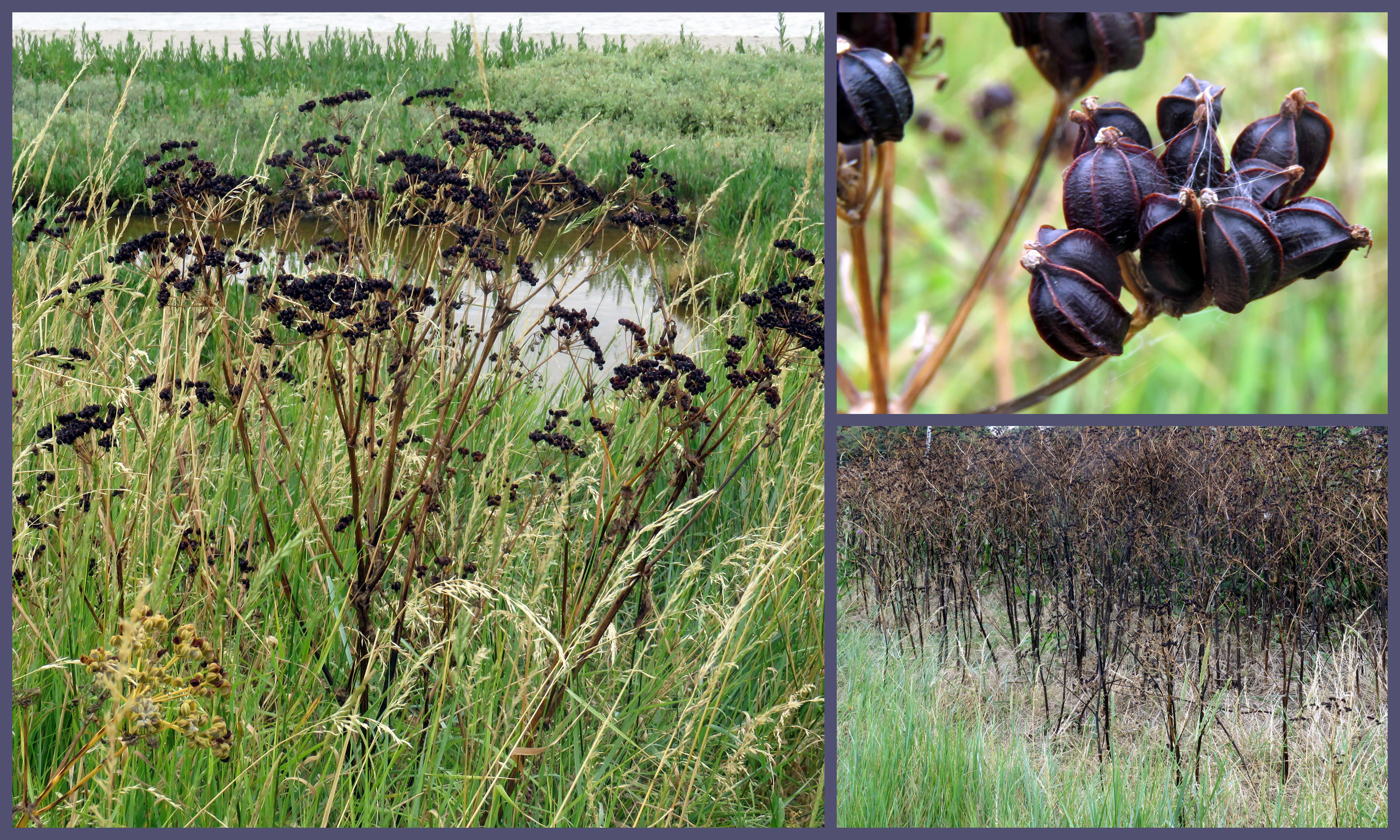 Towpath at Old Shoreham (north of the Toll Bridge)

Flowers observed in the wild in Old Shoreham on the edge of the Waterworks Road included fresh-looking Alexanders.
25 April 2008 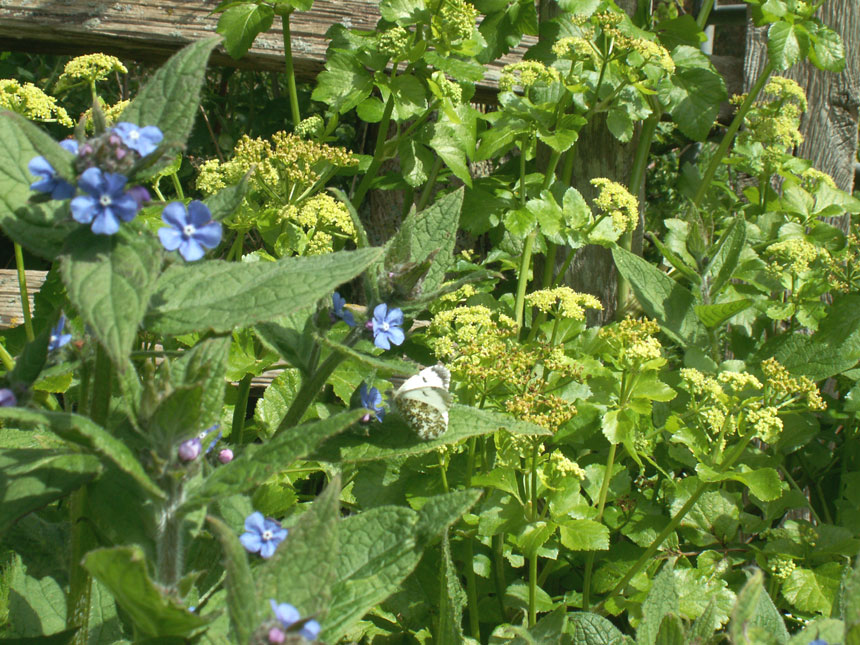 Green Alkanet and Alexanders on the verges of the Waterworks Road, Old Shoreham
6 April 2008 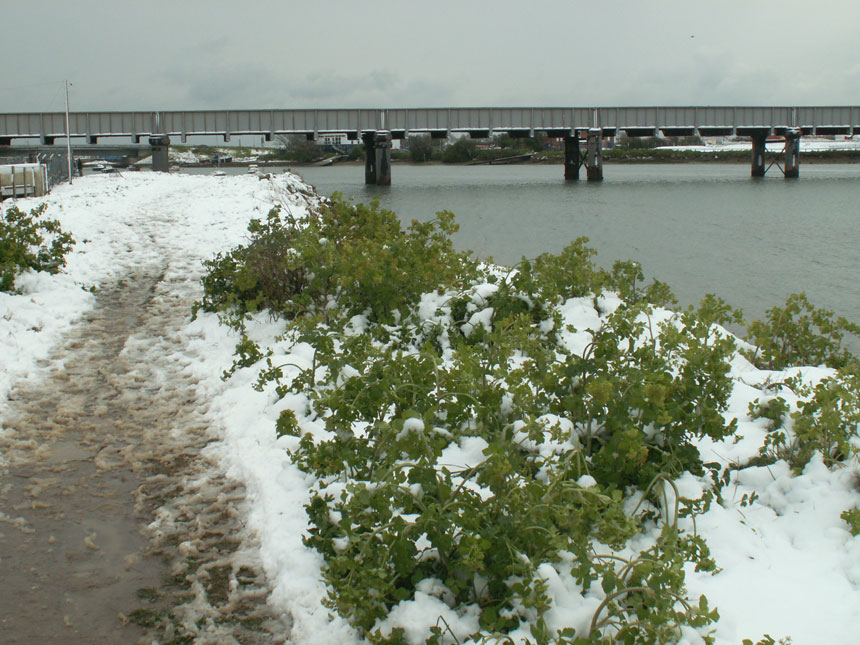 Alexanders covered in snow on the Adur riverbank

2 May 2006
Alexanders exude a strong smell. It seems rather like an unspecified synthetic chemical, or something that could unmask unpleasant odours, being strong, but not particularly pleasant. This may explain why it so attractive to flies and other insects. One plant at the southern end of the Waterworks Road (Old Shoreham) was visited by a small bee Andrena dorsata.
Solitary Bee Portraits

26 April 2006
This plant, found on Mill Hill, but not very often on the downs elsewhere, is a host of so many insects that it has been allocated a page on its own. 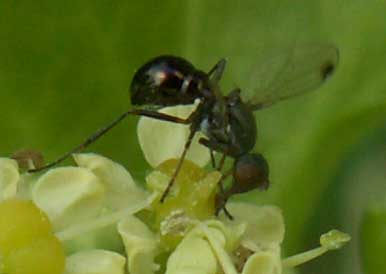 What is it? It does not seem to have long antennae like an ant.
Sepsid Fly  (Diptera: Sepsidae)
There are twelve British species in the genus Sepsis

ID by Malcolm Storey (BioImages) on the Bees, Wasps and Ants Recording Society Yahoo Group and by
Will Atkinson on the British Insects Yahoo Group

On the Pixie Path a small black fly looked familiar but it was not identified. 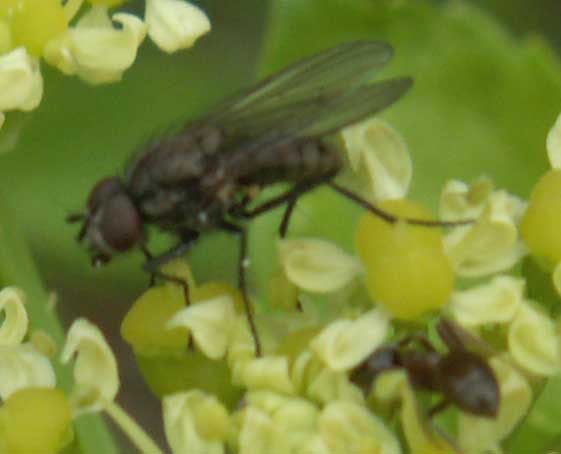 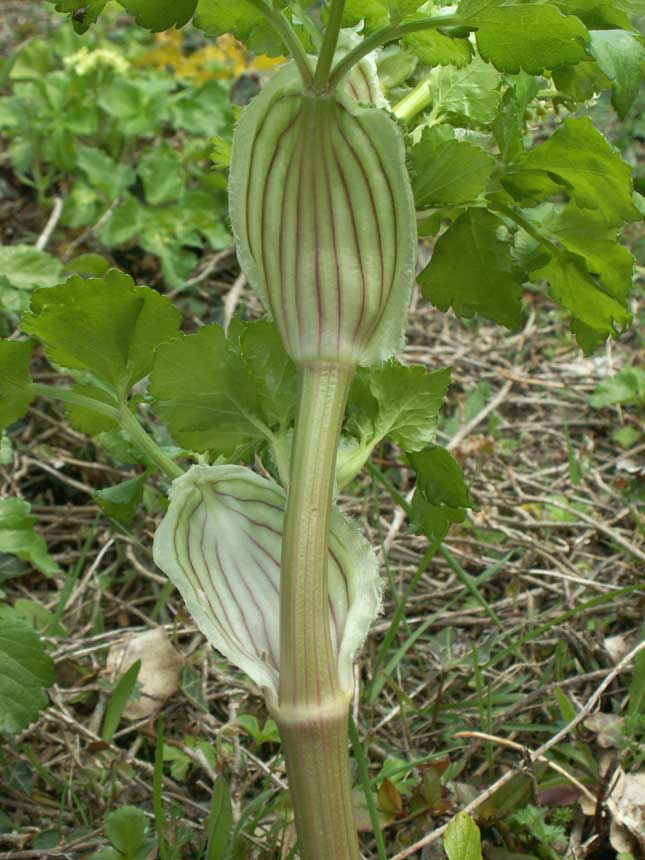 The orange-coloured blisters on the underside of the leaves are caused by a rust fungus, Puccinia smyrnii. (not illustrated)