What Bumblebees are these please?


This picture confused me at first. It is just one bee on the Pixie Path to Mill Hill. The Queen had a white tail with slight V-shaped black markings and an orange band near its head.

My first choice of species was Bombus vestalis, but it it is at least one month too early (by some reports) for this cuckoo bee. The brownish wings were rather distinctive.

This is a Bombus terrestris queen. I admit the description sounds like B. vestalis, but the pictures show the basal darker band of B. terrestris, not the patches of B. vestalis. It is not absolutely too early for B. vestalis as it, like its host, has been getting rather earlier, however I have seen only one or two quite this early. A picture of the hind leg would be a good idea and clinch it. 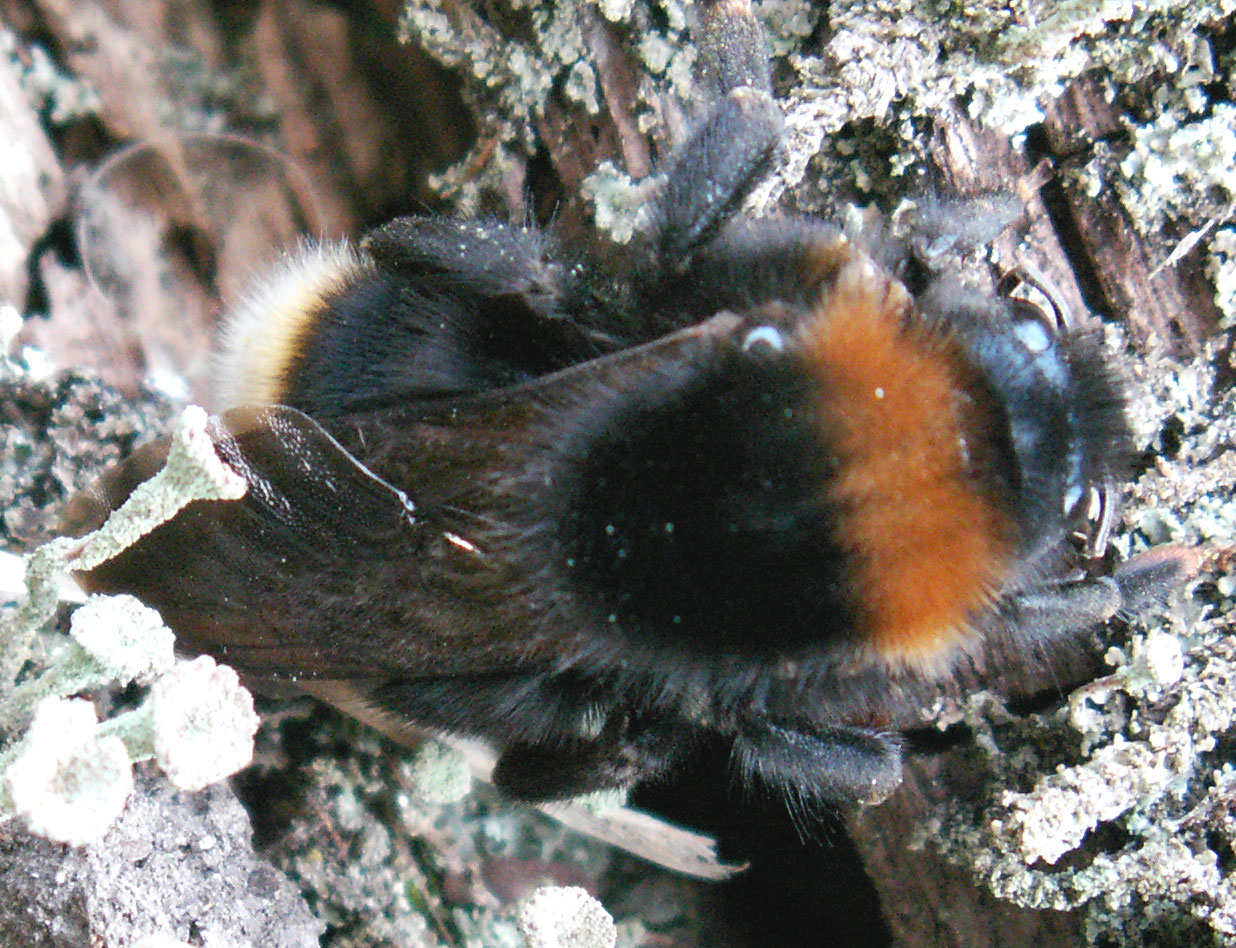 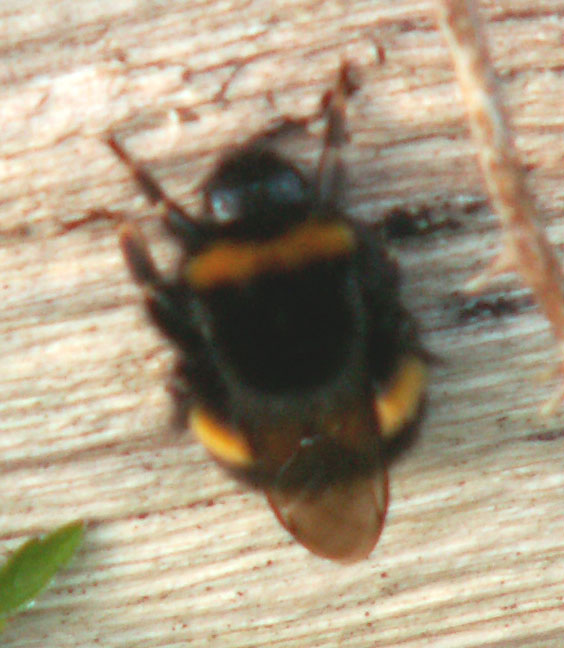 A Buff-tailed Bumblebee, Bombus terrestris, (illustrated immediately above) was seen ten minutes before the cuckoo bee about two metres from the same location.

Bombus vestalis
This is the most likely species as it is frequently seen, it has been recorded locally before by me, and has the host species of the Buff-tailed Bumblebee, Bombus terrestris. It is also recorded that the Queen has a white tip to its thorax with a lemon-coloured band, although the bee in question was only lightly marked in black over the white and not seen in the horizontal black banding shown in photographs of this species. It has been observed in late April according to messages on the Bees, Wasps and Ants Recording Society Yahoo Group. Later reports say it has been seen in March in Sussex before.

Bombus rupestris
I have not been able to discover a photograph of the male of this species to compare. The white on the female does not seem quite as bright in the photograph seen. It does seem to be regarded as rarely (although more records seem to be appearing) seen compared to the species above. It does not seem to be seen early in the year. It is a parasite on the bumblebee species Red-tailed Bumblebee, Bombus lapidarius, which was seen nearby and is frequently seen in March in the Shoreham area. 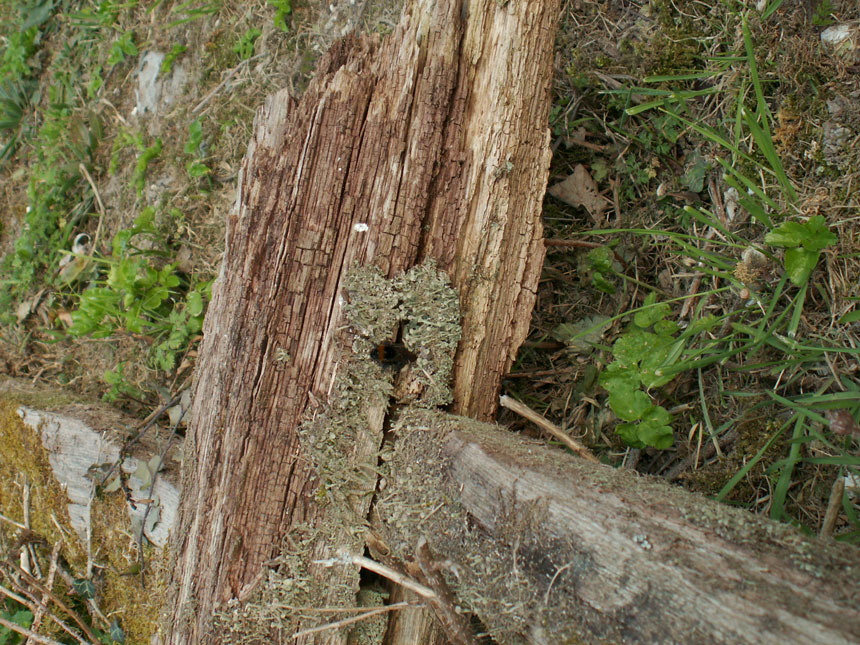 This is the  Buff-tailed Bumblebee, Bombus terrestris.


The identity of these bumblebees need confirmation.