Static display of biodiversity (wildlife) information for the Adur District and lower valley, including the wildlife of Lancing from the "Friends of Lancing Ring" and marine wildlife from the "British Marine Life Study Society" and photographs from the Adur Valley Eforum Smart Group.

The display will include David Wood's excellent selection of wildlife photographs of the shingle plants of Shoreham beach including two rare wild flowers. A late addition is the the wonderfully interesting work of the young children of St. Nicolas and St. Mary School on Whales and Dolphins.


Other groups and individuals are welcome to contribute to the exhibition on the wildlife, biodiversity and environmental theme.

The Administrator for 2002 is: 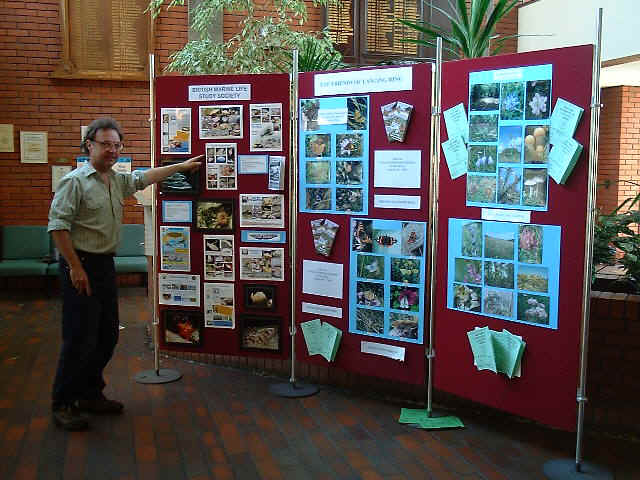 In June 1992, over 150 Heads of States signed the Convention on Biological Diversity at Rio de Janeiro. They did so to express a shared belief that action must be taken to halt the worldwide loss of animal and plant species and genetic resources.
World Oceans Day was first declared as 8th June at the Earth Summit in Rio de Janeiro in 1992. Events will occur all around the world on and around this day.