17 August 2001
As the Harrier Jump-jet roared overhead, in the meadows amongst the scrub on Mill Hill, the Common Blue Butterfly was common (100+) clinging, wings folded, to the stems of long grasses and wild plants, to rise fluttering in the late summer evening when disturbed. The females are smaller, brown, decorated with distinctive orange spots on the upperside. There were a few Chalkhill Blues as well, some a bit battered and old, others fresher, as well as the omnipresent Meadow Browns, but also some strongly flying Wall Brown Butterflies.
Photographs up to number 6 and number 9 taken by Andy Horton.
Photographs 7 & 8  by Allen Pollard 2002.
Photograph 12 by Ray Hamblett.

15 August 2002
On a hot (25° C) and humid (82%) day, I made a quick visit to Mill Hill. The Chalkhill Blue Butterflies were nectaring on Round-headed Rampion, Greater Knapweed and Hardheads. The Small Tortoiseshells were overlooked in passing, but when I stopped they appeared everywhere where feeding on the occasional Ragwort flower was possible. They were quick to settle and open their wings.
There was a possibility of an Adonis Blue Butterfly, but this was not confirmed. It was just as likely to be a Common Blue.

28 July 2002
Picture 9
The blue butterflies in the medium length grasses would not settle with their wings open, on the muggy humid day, and I could not instantly confirm their identification. It is in a known Chalkhill Blue habitat and the underside has an absence of any orange so it seems that Chalkhill Blue is probable. 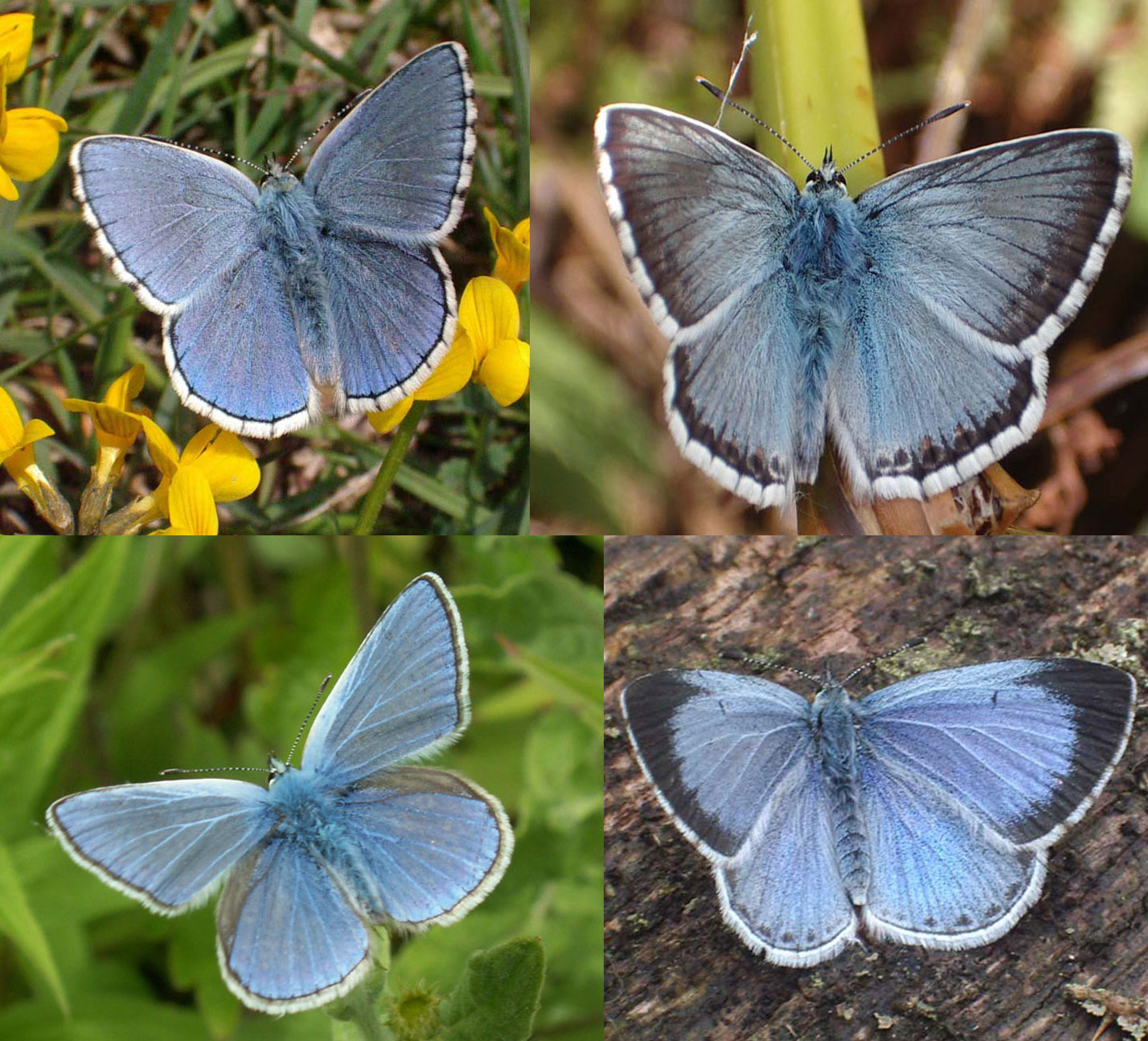