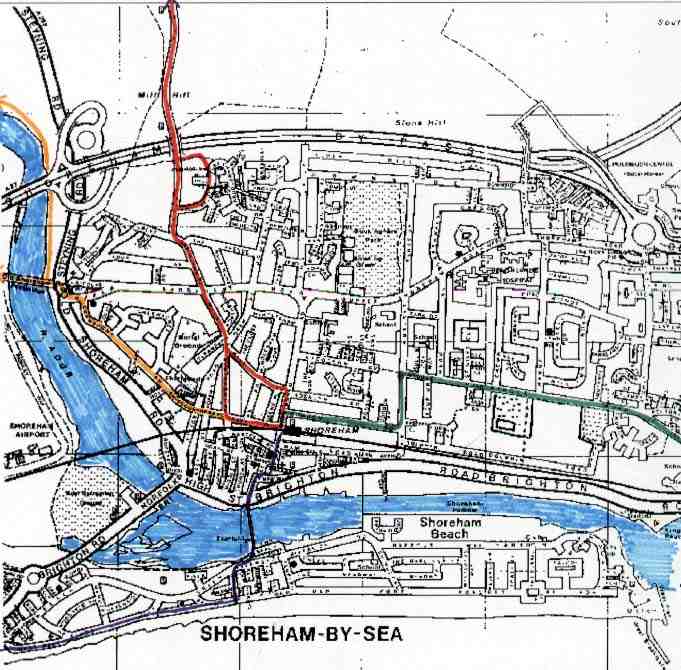 Because Shoreham is located on the flat plain at the foot of the downs, cycling is popular and would be an ideal way to get around, if it was not for the traffic and the bad condition of many of the roads.