DOMMIC (Distribution of Marine Molluscs in the Channel).

One of the achievements of the Conchological Societys marine mollusc mapping schemes has been the publication of a distributional atlas for the British Isles in 1982, followed by a revision in 1990.  These summarise current knowledge of the geographical ranges of all mollusc species recorded for the seas around Britain. The revised atlas extended its geographical area to include the continental coast of western Europe from Bergen in Norway to Brest in France.  Records are plotted at the scale of Sea Areas of which there are 53 in the 1990 version.  Mapping at this scale is very coarse but it does at least give a baseline against which future trends in species distribution may be determined particularly in relation to large scale events such as global warming.   Recently the Society bought a computer to store all its marine mollusc records.  Logging all the data we hold is a major task but a number of the Societys members are helping with this using a dedicated piece of software, RECORDIT linked to DMap.  This programme runs on a Microsoft Access platform and, via common dictionaries, will be compatible with New RECORDER when it is launched.

In 1995 the Society launched its English Channel project entitled DOMMIC (Distribution of Marine Molluscs in the Channel).   The inception of the project was driven by the desire to find out whether the marine mollusc communities of the English and French Channel coasts are different, whether the Portland and Cotentin peninsulas have similar effects upon species diversity, and whether eastern limits of western species in the Channel are still where workers such as Norman Holme and Crisp & Southward found them in the 1950s and 60s.

It is hoped that this article will stimulate interest in BMLSS members.  Many of you are regular shore walkers and rockpoolers with an eye for the unusual.  Please consider submitting your records for DOMMIC.  This can be done via the British Marine Life Study Society  (BMLSS) since the Conchological Society has a link, via my membership, to BMLSS.  The most vital piece of information for the record is a GRID REFERENCE or LAT/LONG COORDINATE for the site, followed by the DATE. Additional data includes other observations you might make on your find - associated species, whether the animal was feeding, number of individuals etc. 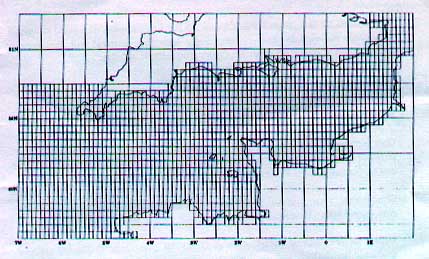 If you can name your mollusc that is good but not essential initially.  The important point in making the record useful to the marine community at large is to be able to pinpoint the location.  It often happens that I get a record for a species, which upon closer inspection or questioning turns out to be something else.  Maybe it is a closely related species or it may be something from a totally different genus!  It might equally turn out to be something much more common or considerably rarer than the initial diagnosis.  This is all part of the element of the unexpected, which acts as a stimulus in field recording.  Via the BMLSS electronic network it is possible to send notes and images around freely.  Make use of it.  I am willing to enter into correspondence both electronic and, appropriately, snail mail in order to try and sort out problematic identifications.  All I ask is that records should then be made available to Conchological Societys database with all the vital location data.