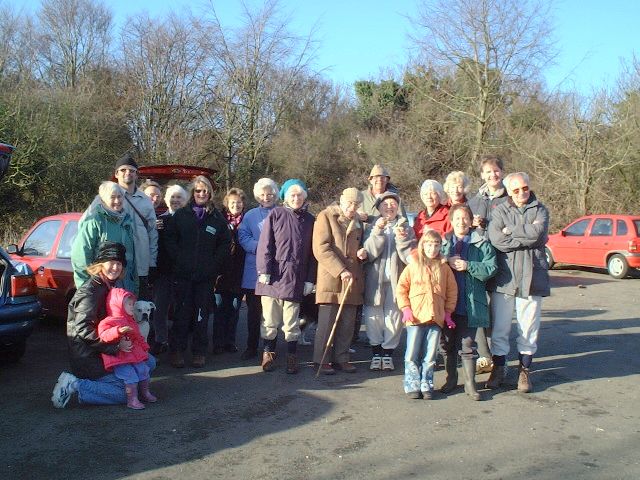 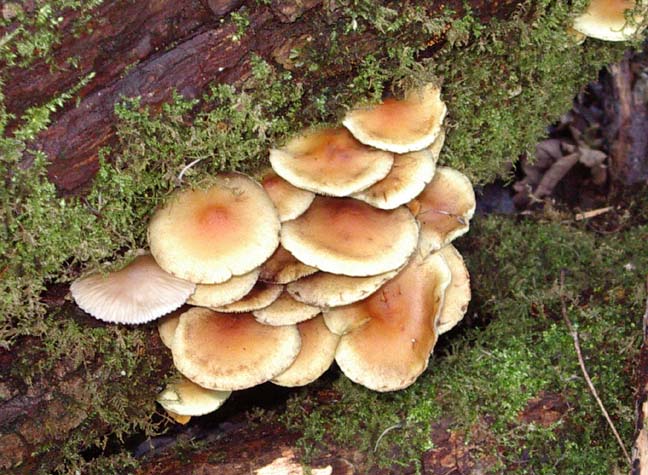 After the deluge of yesterday we were lucky to squelch through the mud of the meadows and paths of Lancing Ring under a clear blue cloudless sky in a pleasant 9° C. For the most part the mud was not cloying and there was no standing water. About 25 ramblers suitably fortified by mince pies and a glass of sherry, with a few dogs, made a circuitous journey past the now full dewpond, down the westerly side where we were met by a chilly (9° C) fresh breeze from the south-west. The meadows had been forage harvested. Birds were few, although Jan Hamblett spotted some Yellowhammers around the location of the old Roman Temple (nothing to show above ground). This attractive yellow bird provides a welcome glimpse of colour over the grass in contrast to the sombre leafless clump of trees.

Sue Forsyth of the South Downs Conservation Board was amongst the ramblers.

On the living trees and decaying beech logs the variety of fungi was past its best.

The leaf litter showed no clear toadstools poking out, but I did not have time to look as the party moved on. In the meadows there were several clumps of the orange-brown Tubaria furfuracea mushroom.

These fungi were identified or their identity confirmed by Malcolm Storey (BioImages).

Back to Lancing Clump page

Fungi of Lancing (by Ray Hamblett)