Fungi Puzzles: not yet identified
11 November 2004
In the fading light of late afternoon, the bare upper slopes of short grass south and south-west of the upper car park hosted a couple of dozen or more of several varieties of mostly small mushrooms. All the small mushrooms were found in an area of about three square metres. The was at least one large mushroom which looked an old brown version of Leucoagaricus leucothites.


The white species (second left and far right) was also found next to the path in the Triangle area. I have identified this species (wrongly) as the Snowy Wax Cap, Cuphophyllus niveus, (or it could be the Pale Wax Cap, Hygrocybe pratensis var pallida) but this choice has not been confirmed.

The two small mushrooms in the photographs above only reached 30 mm in cap diameter and most of the small clump, on the footpath approach to Mill Hill from the Waterworks Road, were about 20 mm. They have not been identified.
The spore print of this mushroom turned out to be white.
With the latest photographs this species has now been identified as probably being a Dermoloma, if blackening, Dermoloma magicum.

ID by Jean J Wuilebaut on Fungi of the British Isles (Yahoo Group)
This latter species is a new one to the British fungal list, not because it is rare though. This was difficult for me to identify because all the pictures available show Dermoloma with white or cream gills. All these specimens had brown gills as shown in the photographs. The cap in the specimen above is beginning to show white lines which were not present in the smaller mushrooms. This seems to be a feature of this genus.

20 October 2004
Approaching dusk, it was nearly dark when I squelched the muddy trail of the lower slopes of Mill Hill.

There were a couple of species of mushrooms, a handful of a white species (now turning slightly brown, and without a ring) and a smaller one with brown gills illustrated above. The smaller brown one had a cap 20 mm across. The spore print was brown (my first successful spore print: not a work of art as when I broke the stem off the mushroom fell apart).

On having a closer look, this does seem to have a certain resemblance to an early Ink Cap. However, it was nowhere near any trees or bushes, although there just could conceivably be the buried roots of Wild Privet or Bramble. It is in a field of herbs with some grass, and it looks like the area has been slightly disturbed.


How to take a Spore Print (Link)
Fungi of Shoreham

16 October 2004
On a mild October day under an overcast sky, there was a typical and wide selection of the usual fungi from large to small mushroom and toadstools in the Beech wood at Lancing Clump and amongst the meadows. 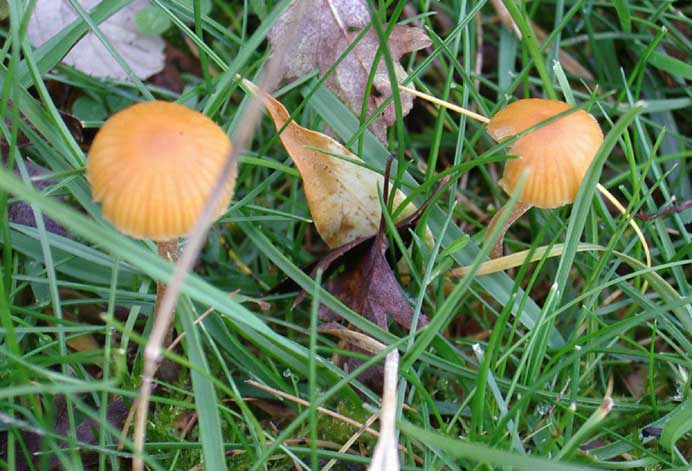 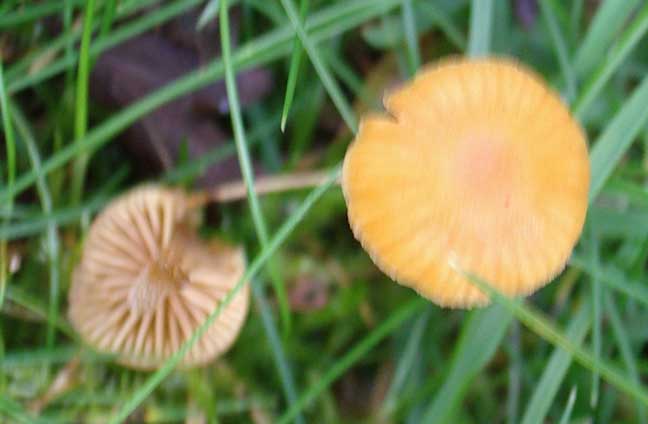 This is the first time I have seen this small species in the chalk pit area of Lancing Ring. Is this a Wax Cap? 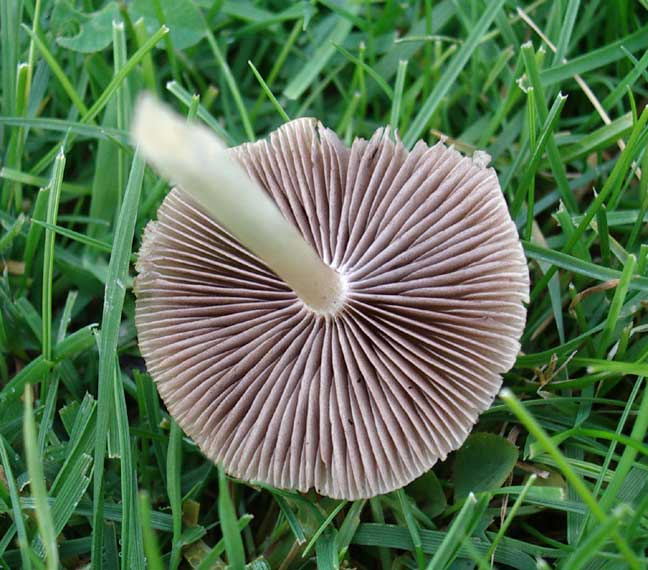 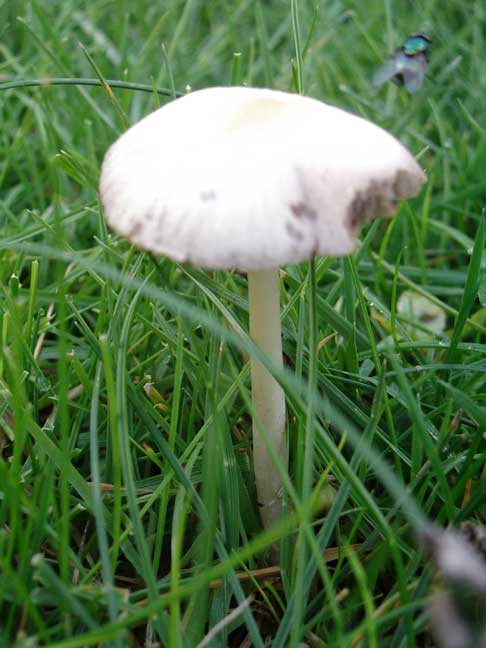 Another one from the Chalk Pit and not positively identified.