Four species of mushroom have now been seen in a field by the Steyning Road, Old Shoreham. Snowy Ink Cap, Coprinus niveus, was now recognised and the snowy/flaky appearance of the conical cap could be seen clearly. One older mushroom had a flat cap. The first picture below may actually be another species of Ink Cap ?


The second mushroom (above) was frequently seen in the grass next to the dung and looked very similar in shape, but the cap and stem were dark and the caps were slightly larger. My first identification is for Panaeolus rickenii (wrong, see below). I could not get a closer look at the mushrooms because of the barbed wire and electric fence.  A third mushroom was also seen in the dung. I think this latter one was a species of Conocybe. The fourth species has a flattened cap and was much larger, estimated at over 60 mm cap diameter with a stem that could not be seen. 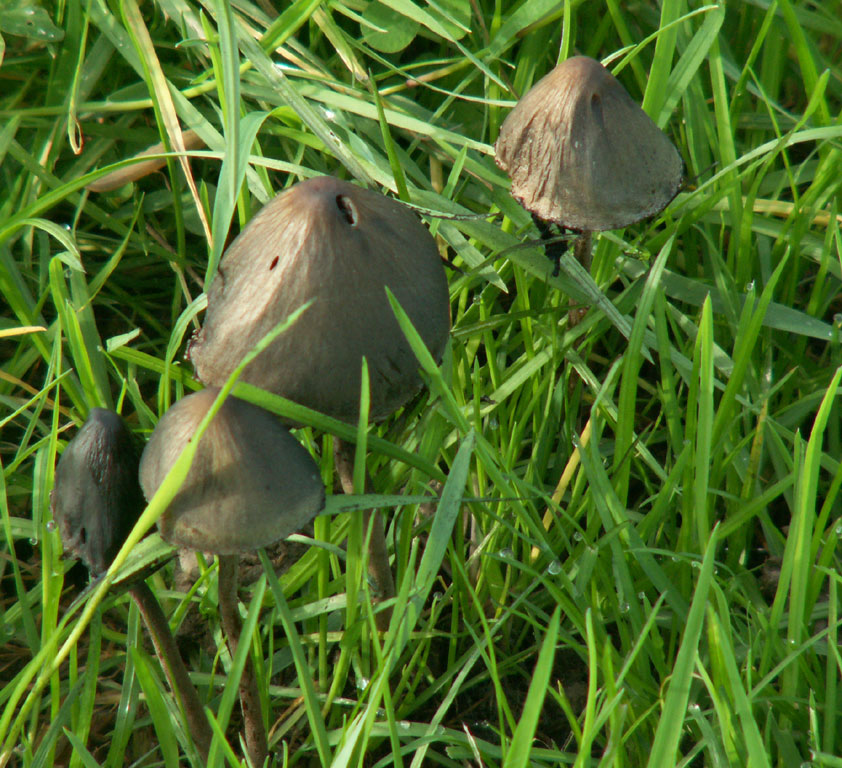 The mushroom on the right was at first thought to be an older fungus of the same species of Panaeolus as it was gorwing in comparable locations, but this now needs to be confirmed.

If they were Ink Caps the gills would dissolve as the spores are released. These will have mottled gills (if you break one open
and look inside).

27 October 2006
Mushrooms discovered in the afternoon were a dozen the white species growing on horse droppings piled up on the edge of the field by the Steyning Road, Old Shoreham. The white stems of this species were hollow.