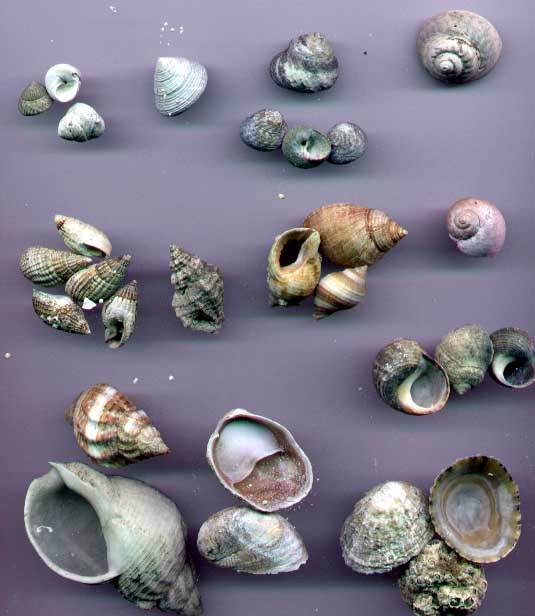 This gastropod shell was discovered by Margaret Casey in early September on Ryde beach, Isle of Wight, amongst the pebbles. 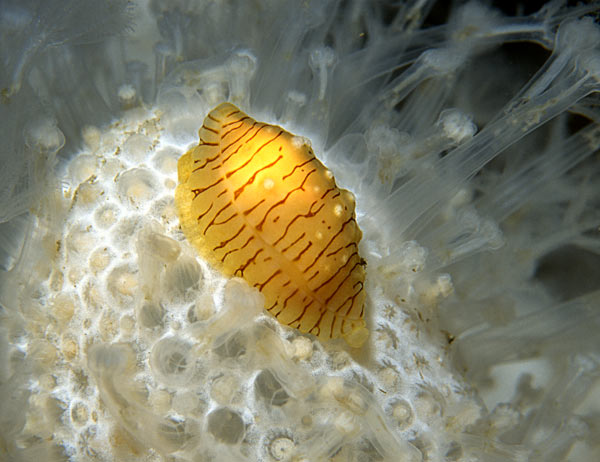 To go back to the Dead Men's Fingers: if you notice a colony with a group of round brown spots on the side of one lobe, you are looking at the egg capsules of the Poached Egg Shell, Simnia patula, a curious snail that feeds on soft corals and sea fans, particularly Dead Men's Fingers.  It doesn't look like a poached egg to me; it is pointed at both ends, and like the cowries (which are close relatives) it has a slit aperture running the whole length of the shell through which the animal protrudes part of its body when it feeds or moves around.  The shell is white or yellow-white, so it does not show up against the white or yellow body of the Dead Men's Fingers; but its egg capsules - which are white when they are laid but later become dark brown - and the chewed patches where it has been feeding are clearly visible, and if you look, you may spot the adult Simnia. It is another western species, which you are likely to see around Devon and Cornwall or Pembrokeshire.