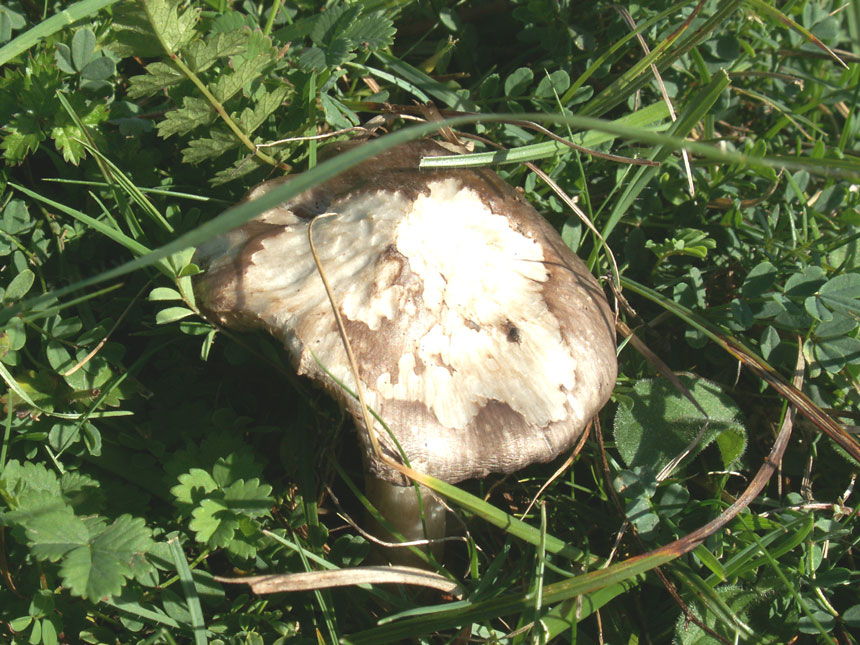 This mushroom was seen amongst the Horseshoe Vetch and probably the same species next to a Rabbit latrine (photograph on the far right above) on the lower slopes of Mill Hill. The cap diameter of his mushroom was estimated at 55 mm.


The first mushroom/toadstool was found picked discarded at the southern end of the lower slopes of Mill Hill. All the other pictures were of a second fungus at the northern end.

After the rain, a couple of mushrooms and the Nostuc commune was there as expected. Again the mushrooms (illustrated above) were tricky to identify. The gills were greyish-white but similar (not necessarily the same species) mushrooms have been seen with black gills on the upper part of Mill Hill before. There was no sign of a ring around the stem. The cap was about the size of a commercial mushroom, an estimated 55 mm in diameter.

Entoloma bloxamii, certainly not Agrocybe dura.
BioImages image link for this species
ID by Malcolm Storey (BioImages) on the Fungi of the British Isles (Yahoo Group)