8 October 2005
On a blackberrying foray at Malthouse Meadow, Sompting, two Red Admiral Butterflies and a Comma were sighted close to the wall of flowering Ivy.
Report by Ray Hamblett (Lancing Nature Gallery) on the UK-Leps (Yahoo Group)

1 October 2005
In Malthouse Meadow, Sompting, (TQ 164 053), a Small Copper Butterfly rested briefly on the ground near to a large clump of Blackberry bushes and flowering Ivy. The Ivy was also attractive to two Painted Ladies and at least three Red Admirals, as well as a honey pot to many bees.

3 August 2005
A brief visit to Malthouse Meadow, Sompting, brought Meadow Brown and Gatekeeper Butterflies as expected, a few White Butterflies and occasionally a Common Blue. At the top of the meadow I decided there was little more to hope to see and then a Brown Argus Butterfly settled close by and allowed me just one photograph before it became impatient and took off.
The ubiquitous grasshoppers were present but made little noise. A dark shape on a leaf drew me to look closer to find a Dark Bush Cricket.

15 December 2004
Malthouse Meadows is mown in the autumn and the long grasses had been recently shown. A single Dog Rose flower was seen and blue-grey lichens on the two-bar fencing. 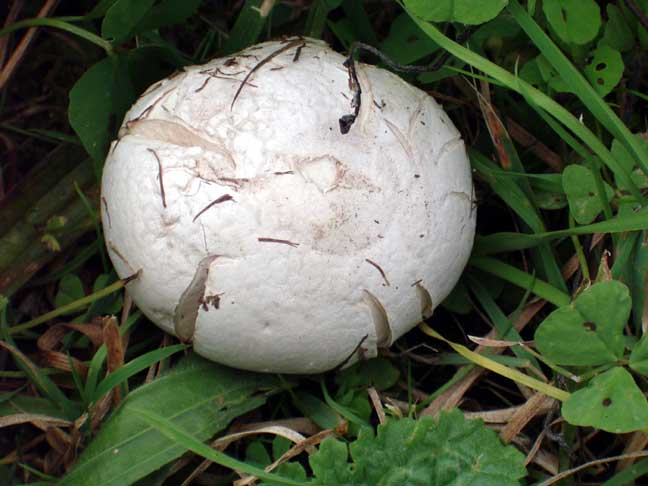 Overcast Day  22 September 2004
Three small unopened mushrooms were discovered on Malthouse Meadow, Sompting, on the edges of the long grass. They have not been identified and I did not go back for a second look. I am assuming that will open up. At first they looked as they were puffball type without a stalk.

Overcast Day  14 July 2004
The only butterfly in flight was a solitary Comma that settled just briefly on a Bramble leaf.

MultiMap Aerial Photograph of the Adur Levels and the Downs