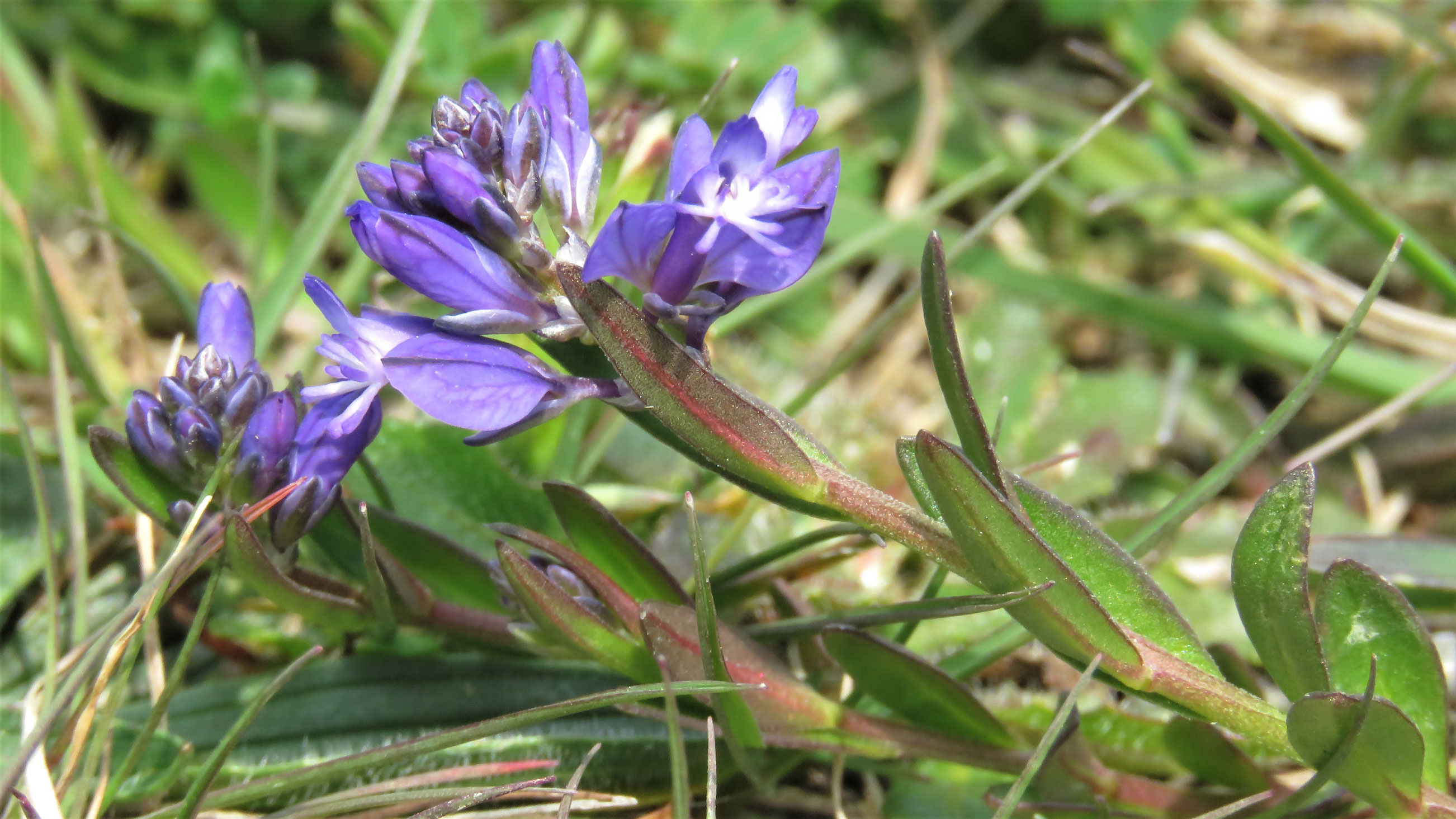 On the middle of the lower slopes of Mill Hill, MIlkworts were poking out of the short vegetation. I noted the top leaves were much longer than the leaves at the rosette base. This is typical of the local Milkworts which I have identified as Common Milkwort Polygala vulgaris in previous years, but this has not been confirmed.

On Mill Hill by the path 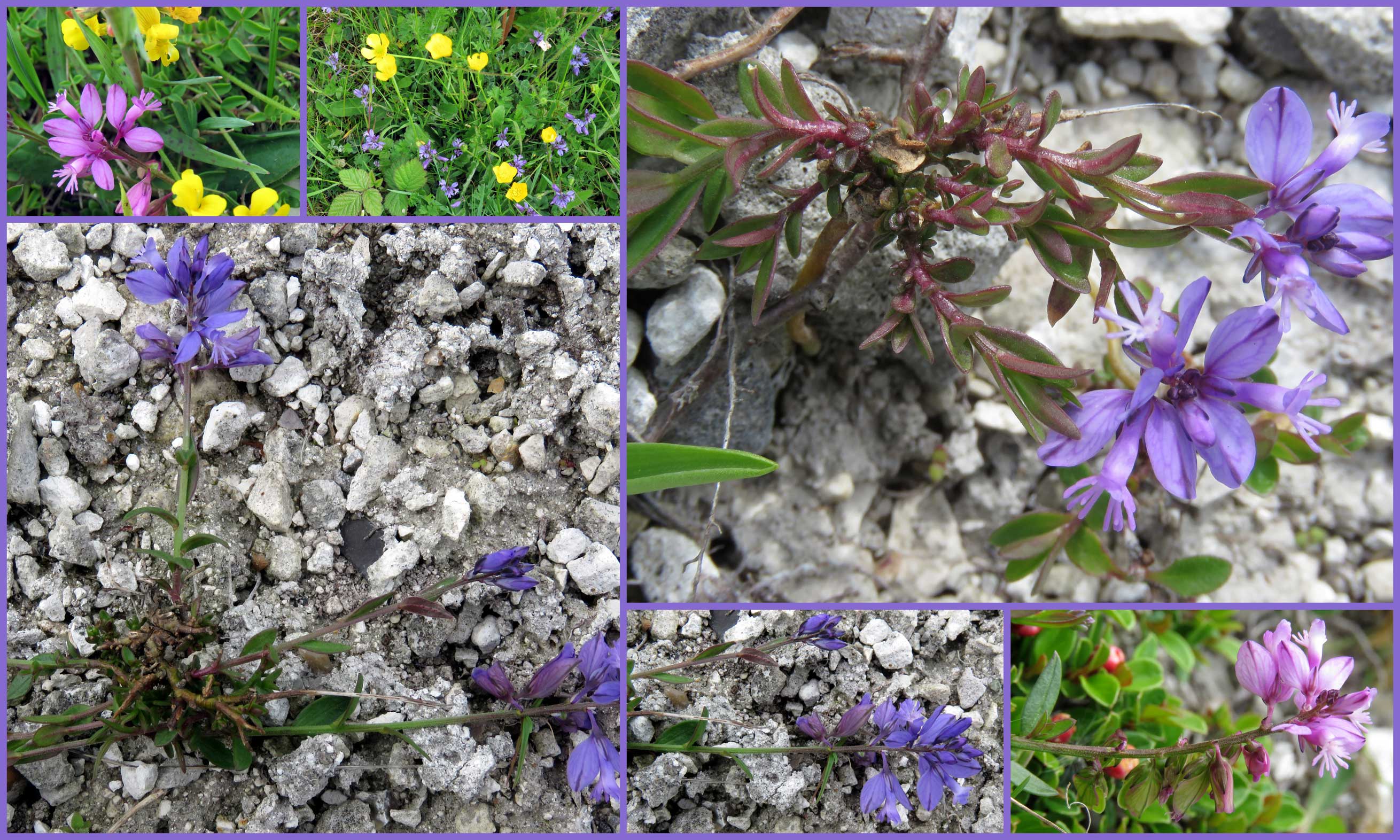 14 June 2013
I will try to make a new notes about the Milkwort on the Mill Hill Cutting (south):
1)  Most of the plants seem to be a single stem with long leaves all the way up the stem (but it was hard to establish this because of the vegetation).
2)  Pinks and blue colours were muted and none of them were a bright blue.
3)  A few plants had multiple, (one up to fifty), flowers emerging from a single clump
4)  All the sepals seemed to have veins, some branching. 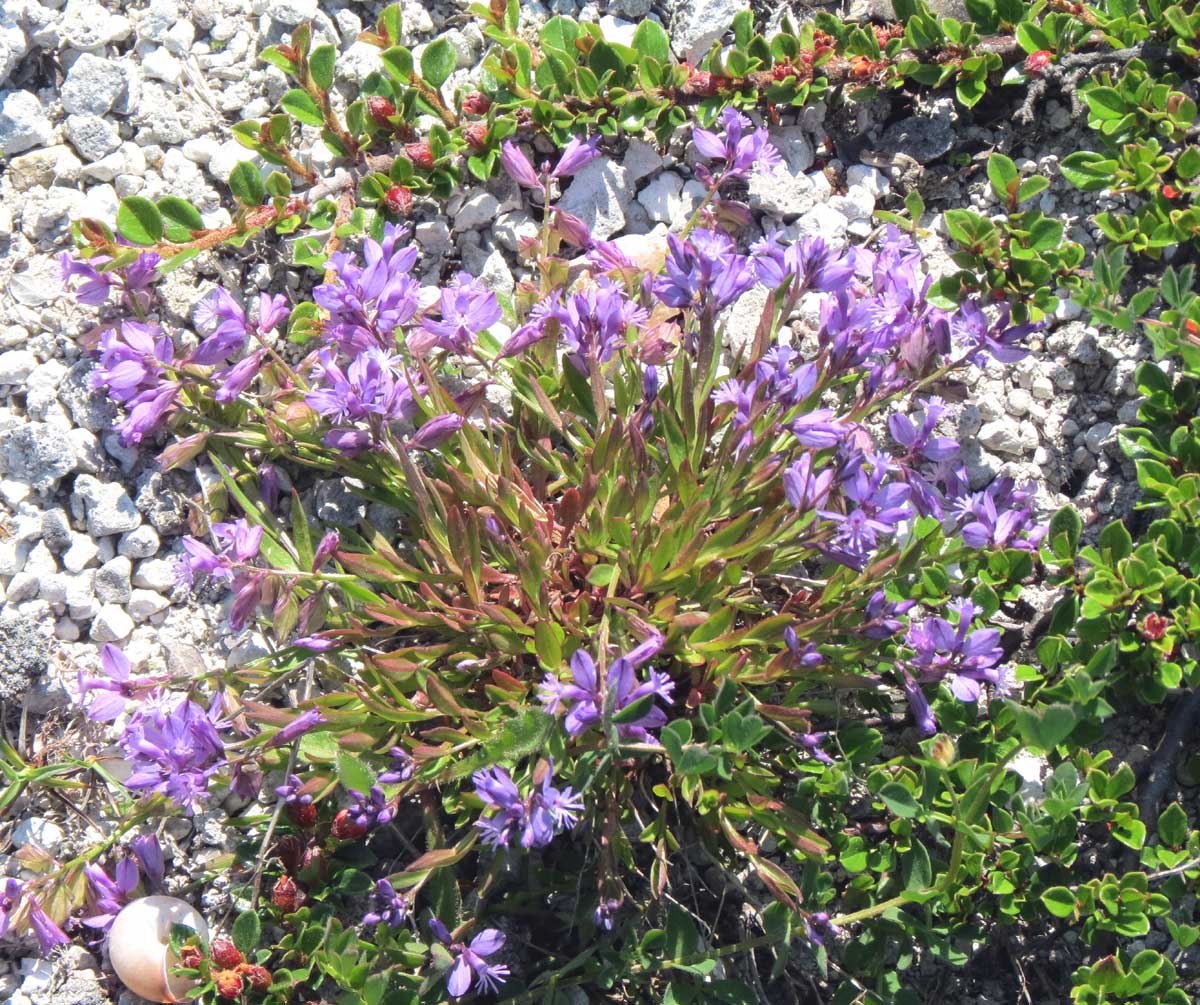 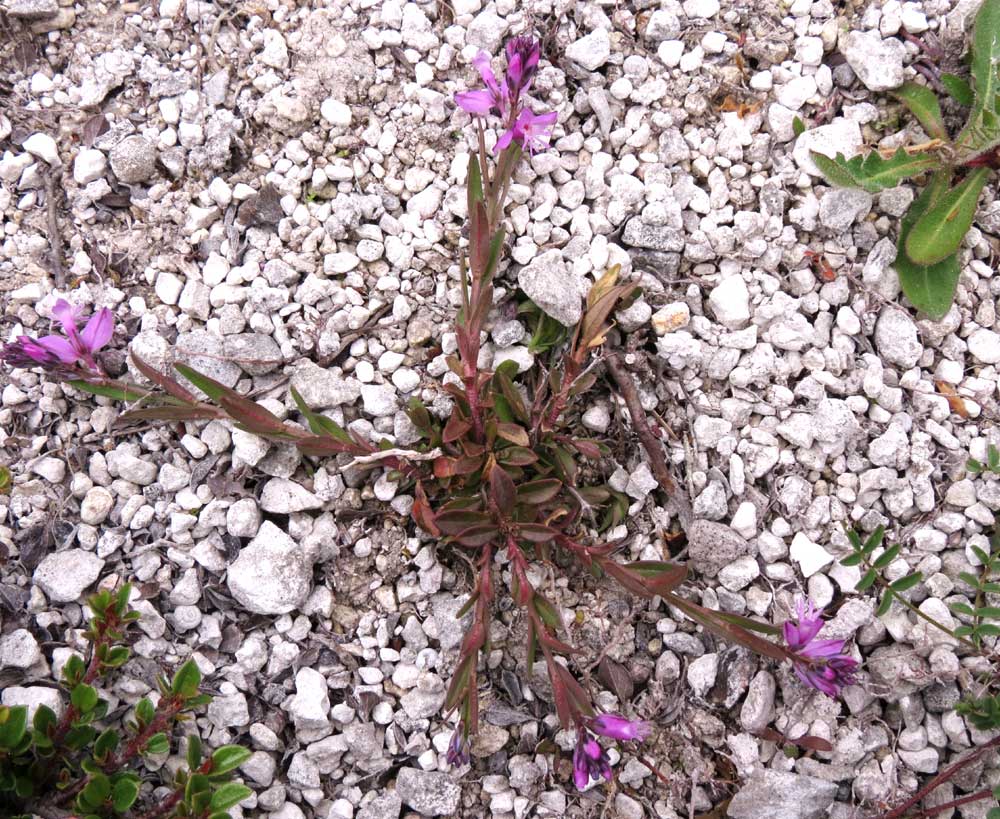 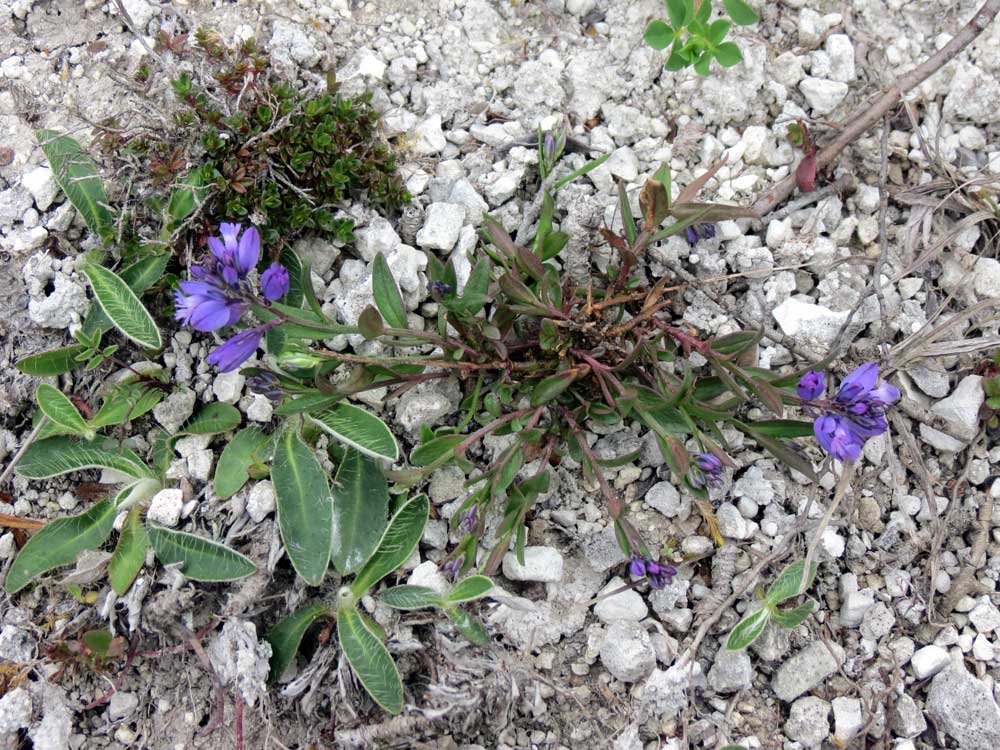 The flowers are shown spiralling out from a single rosette on Mill Hill Cutting (SW) in May 2103.
Some books mention this as a feature of Chalk Milkwort, Polygala calcarea.
This latter plant is not on the local list. The large leaves are of Mouse-eared Hawkweed. 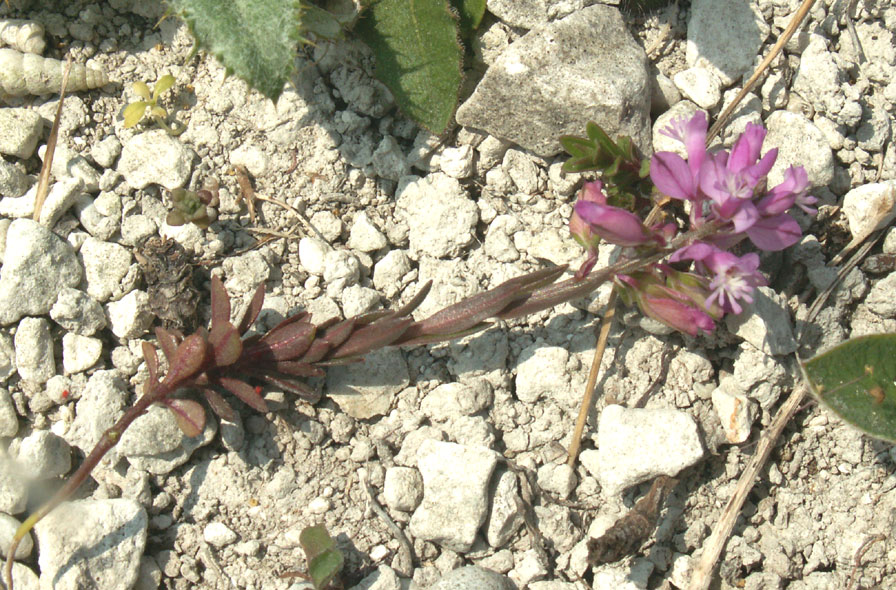 You first suspect you might have a plant of Polygala calcarea when you see several tight bunches of flowers arranged like the outer parts of spokes of a wheel. Next you have to get down close to the plant to see how it is where it comes out of the ground. This may be quite difficult because it means separating it from the rest of the vegetation; this is a plant of good calcareous grassland which has lots of species all tangled up together. You know you've got the right thing when you find that the very lowest aerial part of the plant is a slender unbranched leafless stem which may be as much as 50 mm long. Above this there are several very closely spaced leaves, not quite in a rosette, and the branching points where those radiating flowering stems start. The leaves on those stems do not get bigger as you get nearer the flowers, as they do in P. vulgaris.