A large part (724 acres) of the downs including Mill Hill were presented to the people of Shoreham in 1937.

Just over 30 acres still remain as public open land. This is divided into about 11 acres of grassland and meadows above the ridge, about 9 acres of scrub, the copse and glades at the northern end, and about half of the prime Chalkhill Blue area of 6.4 acres of herbland remaining. 6 acres has been lost to a Sycamore woodland on the southern slopes.

Mill Hill is an isolated fragment of downland north of Old Shoreham that has never been fertile enough for agricultural use. 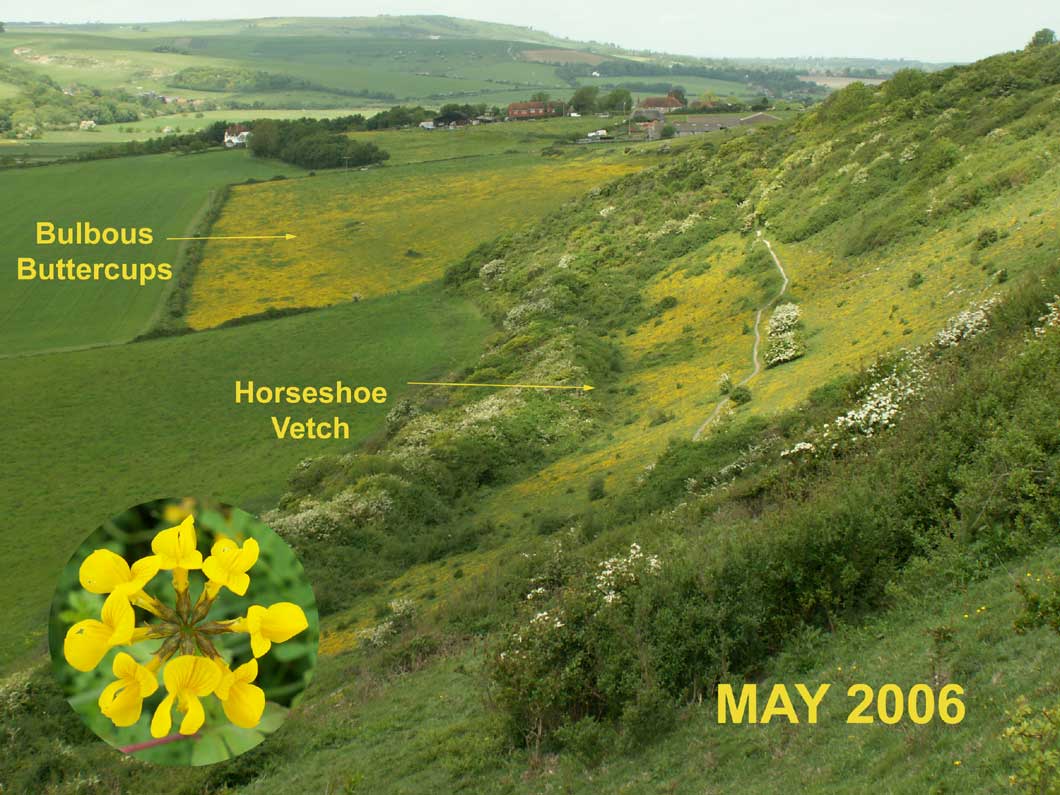 It is dominated by a large bank (millions of flowers seen for two weeks in May each year that form a yellow carpet that can be seen from a mile away) of prostrate Horseshoe Vetch, Hippocrepis comosa, and original chalkhill herbs. Horseshoe Vetch is the food plant that supports the largest population of the Chalkhill Blue Butterfly in Sussex, over 3000 individuals recorded in an hour count in 2003. This gave it is fame as the second most important Chalkhill Blue Butterfly site in England with records going back to 1828. Then it was known as the Shoreham Bank.

The Shoreham Bank is a steep slope liable to erosion by livestock and humans.

32 species of butterfly can be seen on Mill Hill and the adjacent areas every year. An hour estimate of 4000 Common Blue Butterflies was recorded in 2006. Dingy Skippers are common, Grizzled Skippers are frequent. Wall Browns occur. Large (frequent) and Small Skippers (frequent to common) are dependent on the habitat.

Chalkhill moths include common Pyrausta nigrata and Pancalia. The large numbers of these are characteristic of the chalkhill. 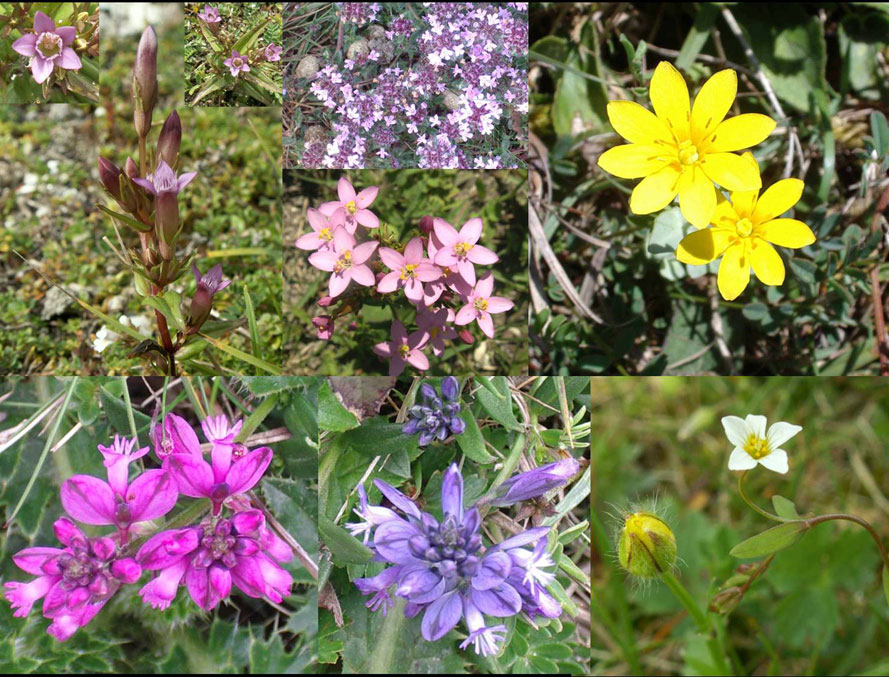 The meadows contain Round-headed Rampion, Musk Thistle, Greater Knapweed (an important nectar plant), Cocksfoot (a grass that is the roosting grass for the Chalkhill Blues), and grasses to support the cocoons of the very common Burnet Moths

Fungi include several species of wax caps and Dermoloma species plus others.

Avian fauna is unexceptional, but it contains Skylarks and visiting Ring Ouzels.

Orchids are unexceptional:  Common Spotted, Pyramidal (common) and Autumn Ladies Tresses occur. Bee Orchids occur nearby rather than on Mill Hill itself.

The Shoreham bank is threatened by incursions by the toxic Privet which if left unmanaged will completely destroy the Horseshoe Vetch in 15 years by succession into secondary woodland.
Hawthorn is episodically invasive. Dogwood is a problem in the more fertile areas above the ridge. Perforate St John's Wort is potentially invasive. Tor Grass, Brachypodium, occurs is patches (that do not appear to be spreading?), but is probably a food plant for the Wall Brown Butterfly (as is Cocksfoot).

Cattle grazing is a significant threat because it eutrophies the unproductive (in agricultural terms) land and the chalkhill herbs (including the legume Horseshoe Vetch) lose out in competition with grasses and ruderal plants (colonisers of bare patches).

Soil:
Shallow. Dark brown rendzina in places, mosses on chalk in others, and grey soil mixed up with the chalk bedrock by the activities of rabbits and moles.