Musk Thistle (which had diminished above the ridge since the introduction of the Cattle) was still seen in large clumps below the ridge (on the top of the lower slopes) especially next to the Rabbit warren. Stemless Thistle was now very frequently seen in flower and in places the ground was quite prickly.
5 July 2010 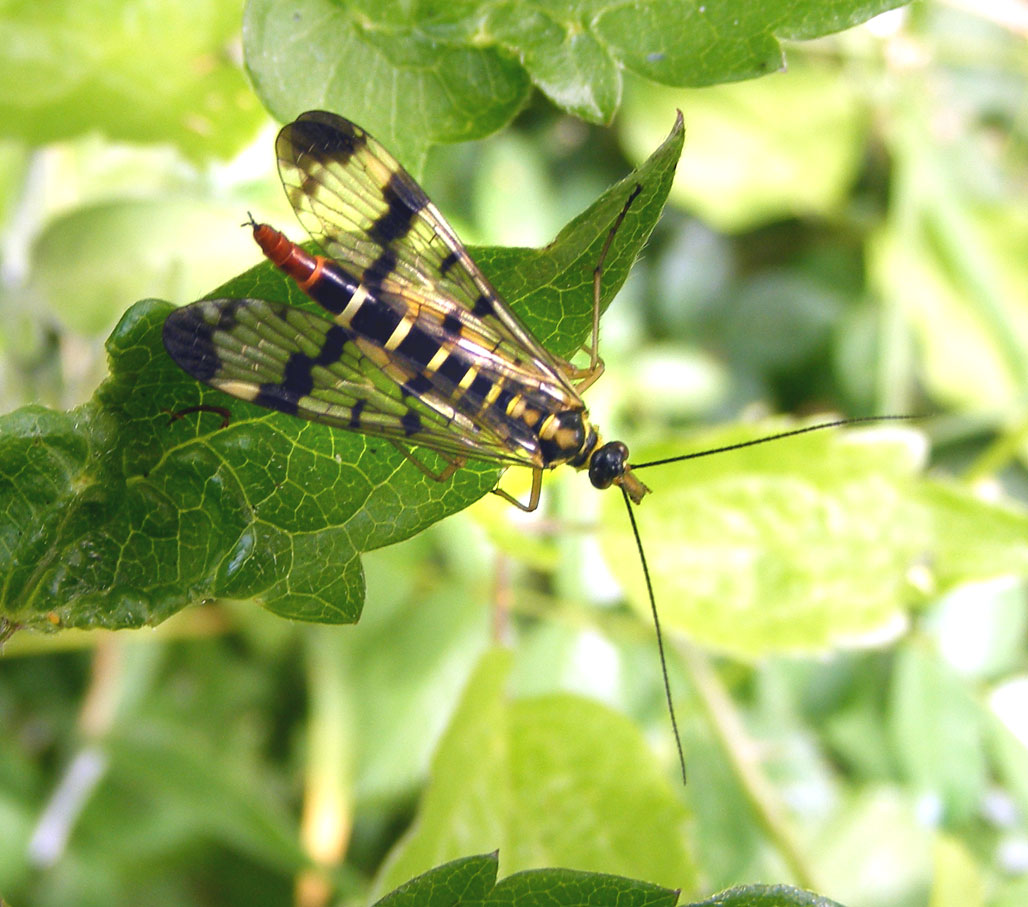 Squinancywort was very common on both the lower slopes and middle slopes. Dropwort could still be seen in flower on the exposed upper slopes. On the upper slopes the green shoots of Carline Thistle had appeared. The distinctive fly Panorpa (image) could be seen in the sunnier areas of the scrub. Yellow Wort was now commonly seen in flower.
Adur Thistles