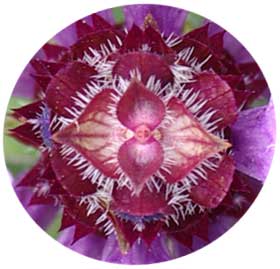 30 November 2004
On the middle slopes (Triangle area) two further small mushrooms were seen. The first solitary one (on right) has not been identified. The second species, with at least two discovered, was the Pale Wax Cap, Hygrocybe pratensis var pallida. There was a group of the common bracket fungus Trametes versicolor on a stump.

22 November 2004
Some of the Dogwood was beginning to flower in the area on Mill Hill I have christened the Triangle. 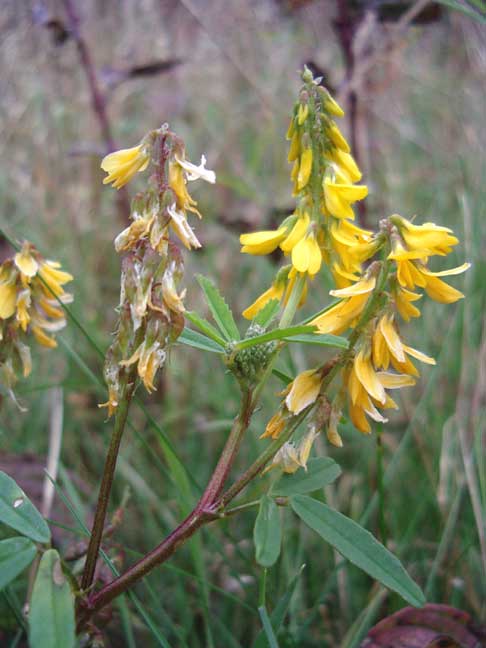 16 November 2004
Observations indicated the creamy-white and brownish-cream mushrooms photographed below were one and the same species, tentatively identified (wrongly) as the the Snowy Wax Cap, Hygrocybe virginea var. virginea (= Cuphophyllus niveus) (or it could be the Pale Wax Cap, Hygrocybe pratensis var pallida) .

There was one other small brown mushroom and some bracket fungi on a tree stump and the only plant in flower in any quantity were the last of the Ribbed Melilot.  (This could be the Tall Melilot.)

11 November 2004
A small white mushroom was discovered near the seat, in the longer grass right next to the path which had been trampled to short grass.

8 October 2004
Only one butterfly was seen on the upper slopes of Mill Hill, and this was a Comma in a glade south of the upper car park. 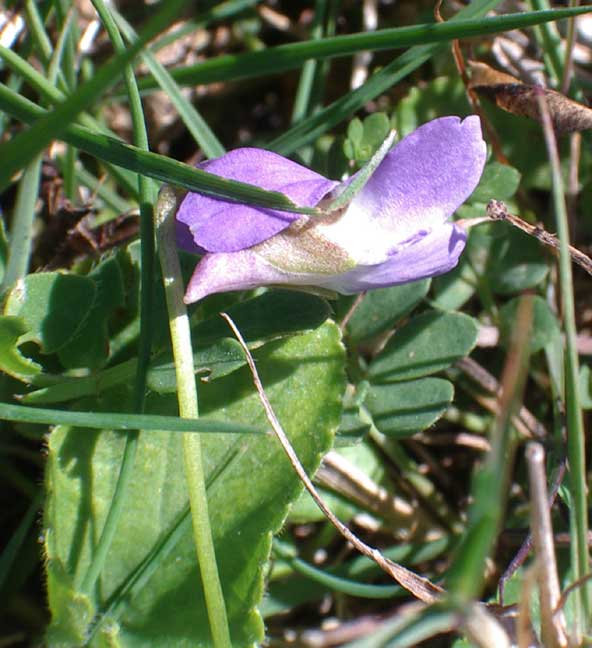 2 September 2004
A pristine Adonis Blue Butterfly was noted flying in the vicinity of the Horseshoe Vetch.

22 August 2004
The bare patch that gave this web page its original title in March 2003 from a conservation work fire the previous autumn has now completely merged into the ground flora of ruderal thistles and early coloning plants and is now indistinguishable from the other ground flora. A good condition Painted Lady Butterfly was seen on the chalk path on the northern edge of this area. 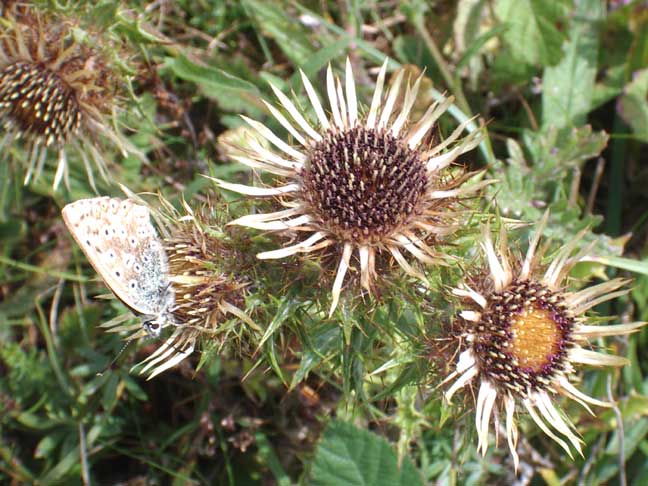 In the warm (21.3 ºC) fresh breeze (Force 5) it was too windy for many butterflies and at the end of the Chalkhill Blue flight period with just 40 butterflies (28 male and 12 female), with almost half of them in the Triangle are of the upper slopes. Ten Chalkhill Blues (six females) clustered around a single Carline Thistle plant. Common Blues (a dozen) and more than one Brown Argus Butterfly were in the longer grass to the north of then Triangle area near the footpath that borders the reserve on the northern edge.

16 August 2004
On a westerly breezy and overcast day, this area hosted a handful of Common Blue Butterflies, two Chalkhill Blues, one Painted Lady and and a solitary Adonis Blue looking very bright and large flying rapidly.

24 July 2004
A handful of Common Blue Butterflies were present, with just one Chalkhill Blue in this area of medium-long grasses and Scabious with other wild flowers. .

15 July 2004
Stemless Thistle were particularly noticeable in this area, with Field? Scabious. The leaves on the Scabious plants differ from being almost negligible on the dimunitive plants on the lower slopes of Mill Hill to extensive leaf growths on the steps in the north-west corner (near the stile) of the Mill Hill Nature Reserve and in the Lancing College fields on the north side of the bridleway between Hoe Cottages and the Sussex Pad. In the Triangle the leaves are large but not nearly as bulky as they can be. The other similar species is the Small Scabious.

13 June 2004
In contrast to previous years the Bird's Foot Trefoil was more extensive on the middle slopes, right next to and even dominating the Horseshoe Vetch which was no longer in flower.
Horseshoe Vetch in 2003

10 May 2004
This central area had perked up a bit in the last week with Field Mouse-ear* in small clumps and more than last year, blue carpets of Germander Speedwell, yellow flowering of Horseshoe Vetch (this year, chronologically compatible with that on the lower slopes) and small clumps of Cowslips and Agaric mushrooms in the short grass and which seem to be associated with cleared patches. These were the same fungi that could be found south of the reservoir on the upper slopes.
Fungi of the Downs in May 2004

* Field Mouse-ear was a belated suggestion (by Richard Collingridge on UK Botany) and one that I missed with the original identification. This seems more much likely. 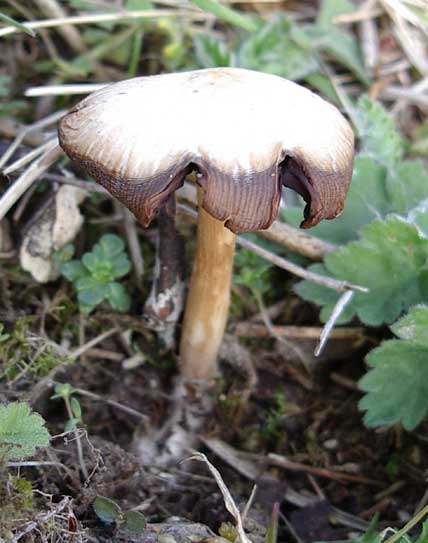 In the patch that started this page, there were still ruderal annual plants but the patch had almost disappeared and merged into the general vegetation.

15 April 2004
This dried out mushroom stood out from the still short grasses.

1 March 2004
There was a bumblebee mimic hoverfly amongst the violets. It appeared to be mimicking a bumblebee with an orange tail. Its hovering gave it away from a true bumblebee.
Hoverflies of Adur 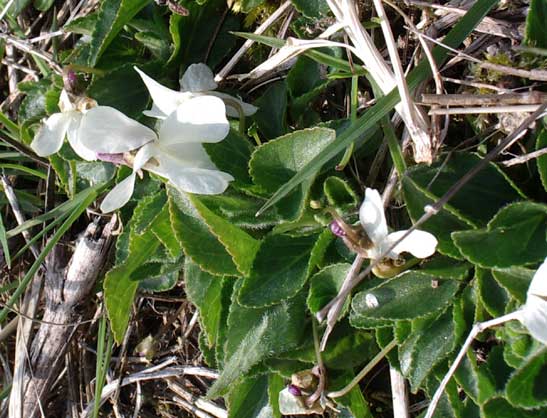 26 March 2004
Sweet Violets in purple are scattered with hundreds of plants over the sheltered bits of Mill Hill, mostly violet in colour but in the Triangle area of the middle slopes all white flowers were present. This is a very common wild flower. The identification is being made principally because of the white flower, although the flowering time was considered. The spur confirms that these are Sweet Violets (not the Dog Violets of the lower slopes.)
Violets of Mill Hill

15 December 2003
Small areas of the scrub on the middle slopes in the north-east corner have been cleared of vegetation including the instrusive Dogwood in the area I have christened as the Triangle. The amount of clearance could be compared to previous years, creating glades that have previously been favoured by Common Blue Butterflies.