Jacobaea is a genus of the tribe Senecioneae and the family Asteraceae. Its members used to be placed in the genus Senecio, but have been separated into the segregate genus Jacobaea on the basis of molecular phylogenetics in order to maintain genera that are monophyletic
Senecio cineraria SILVER RAGWORT  syn: Senecio bicolor, Jacobaea maritima, 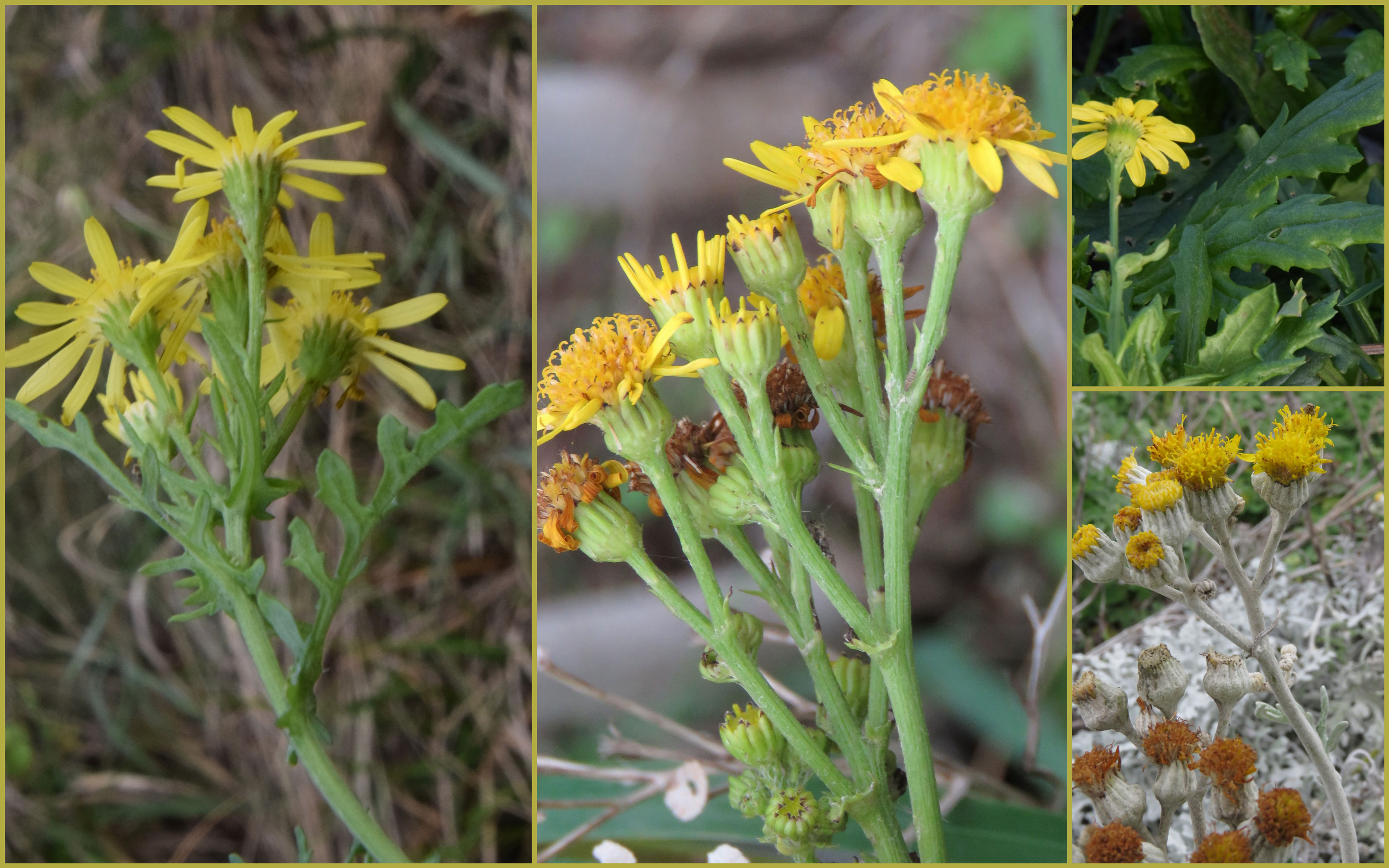 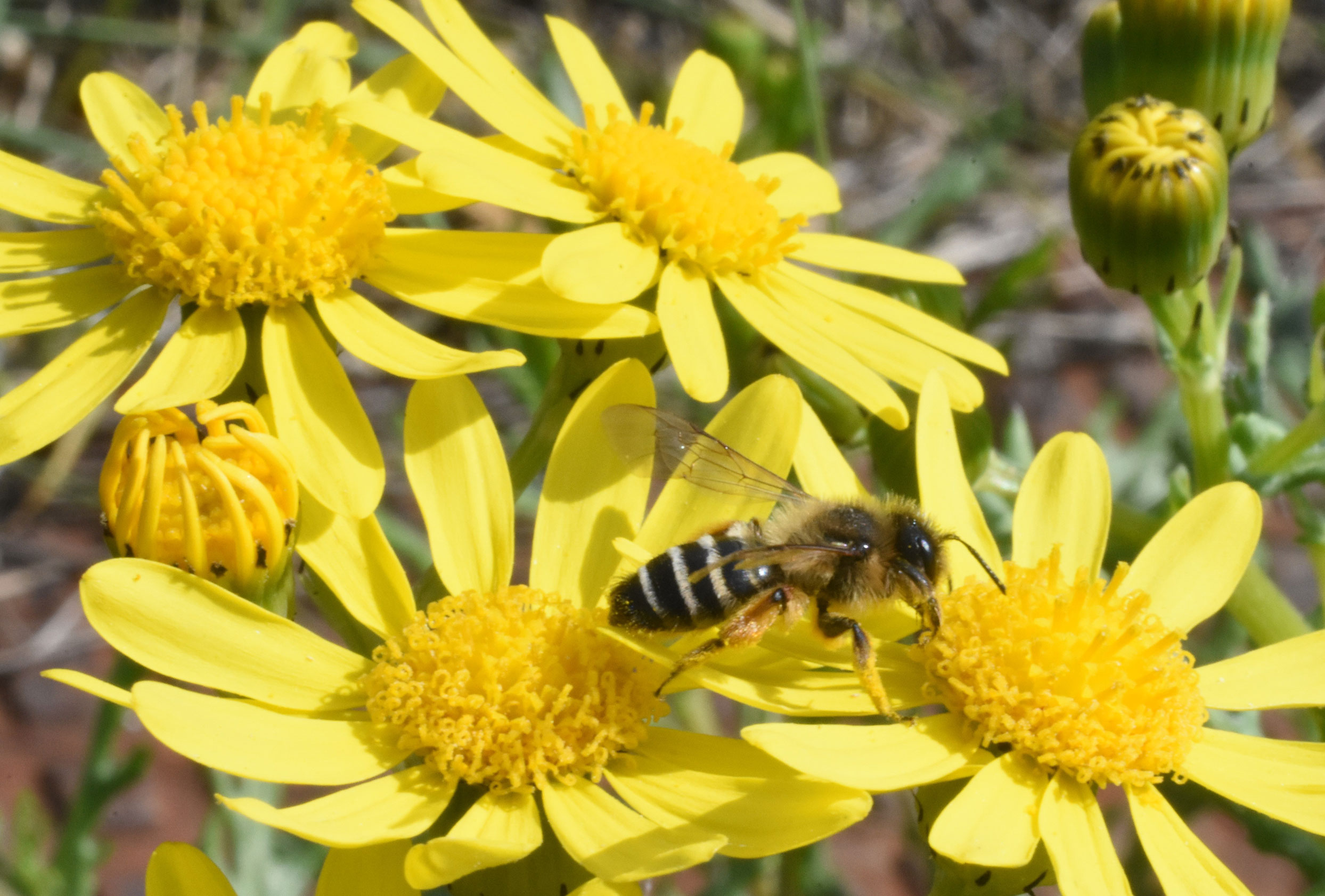 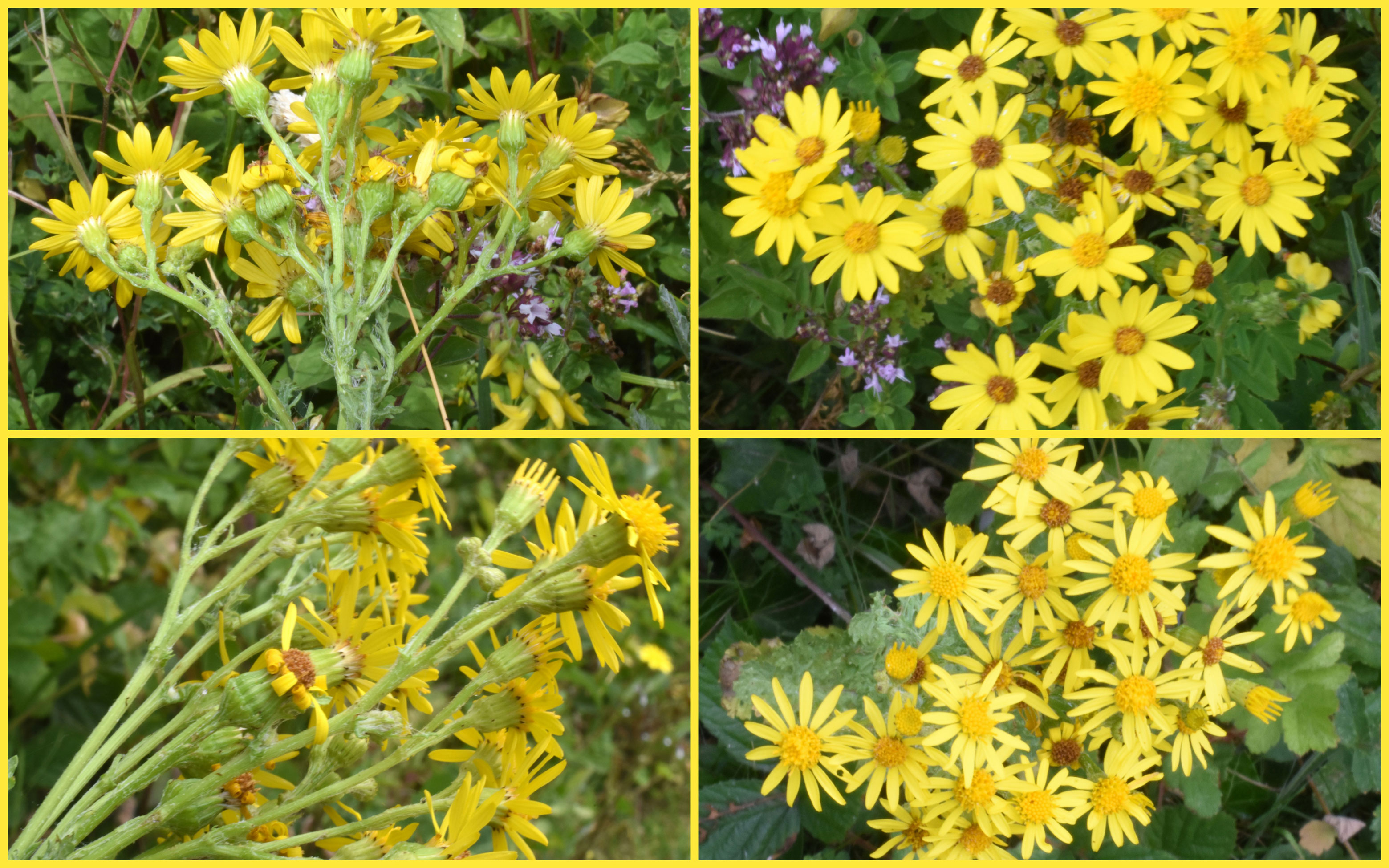 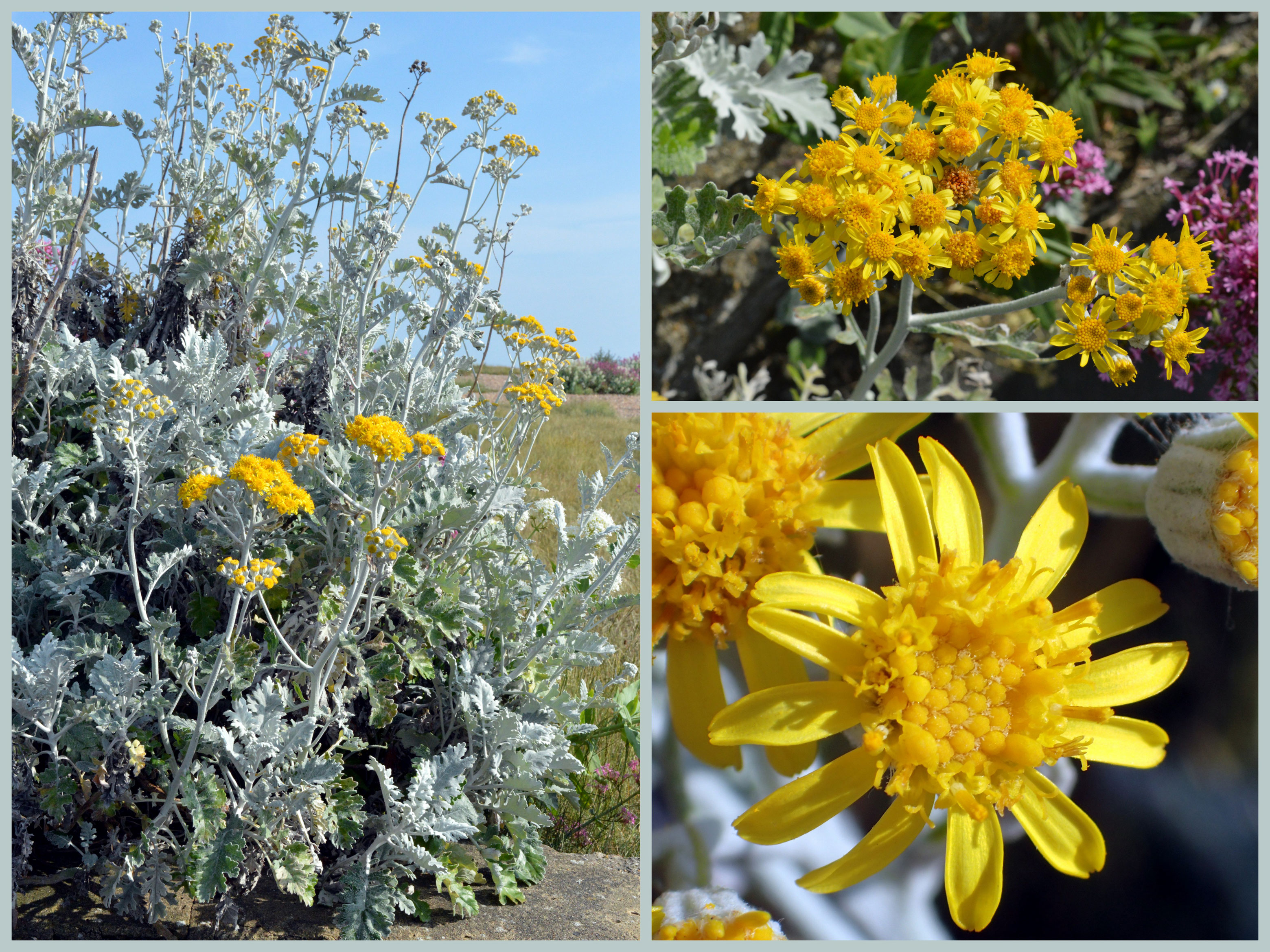 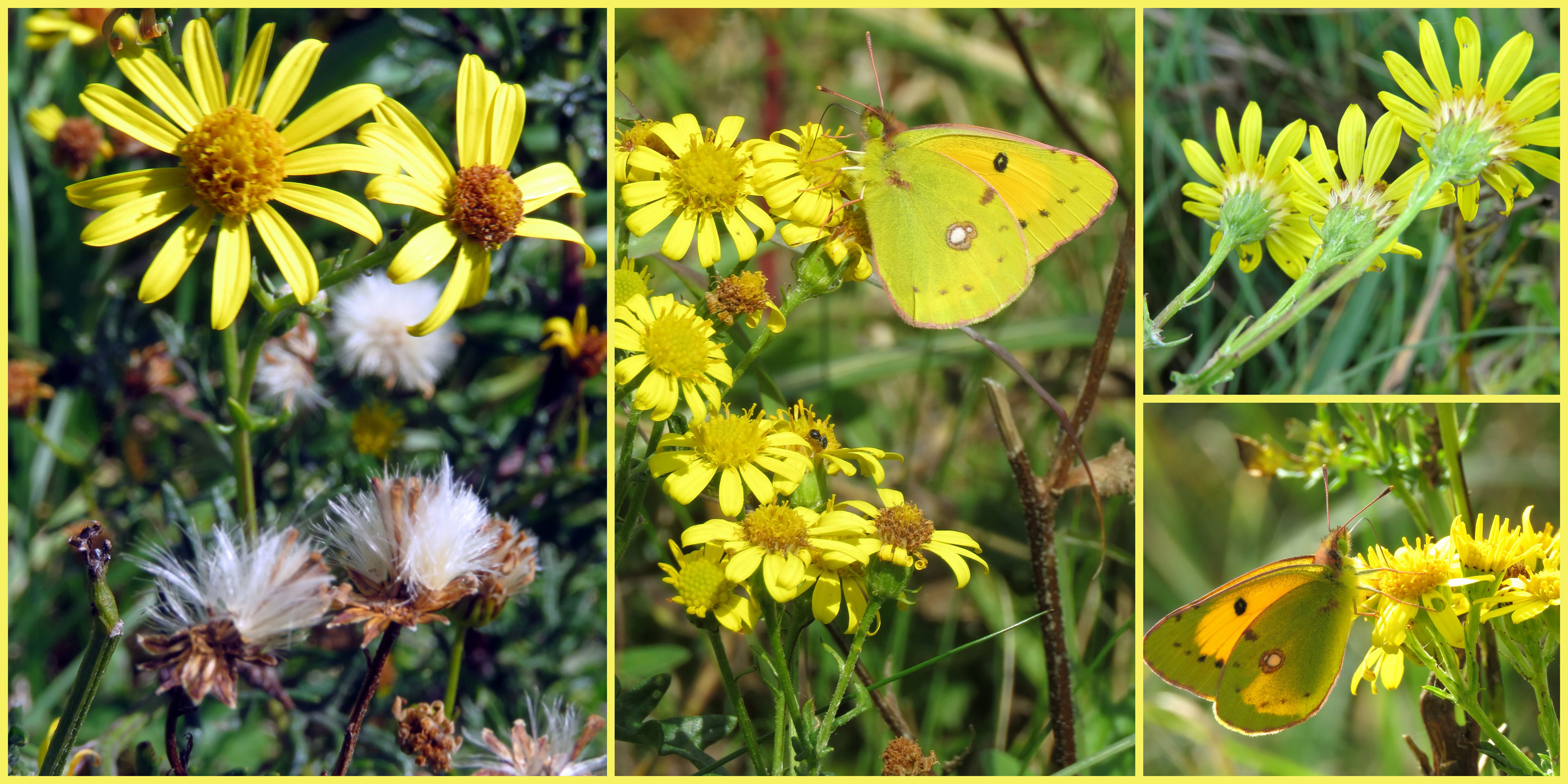 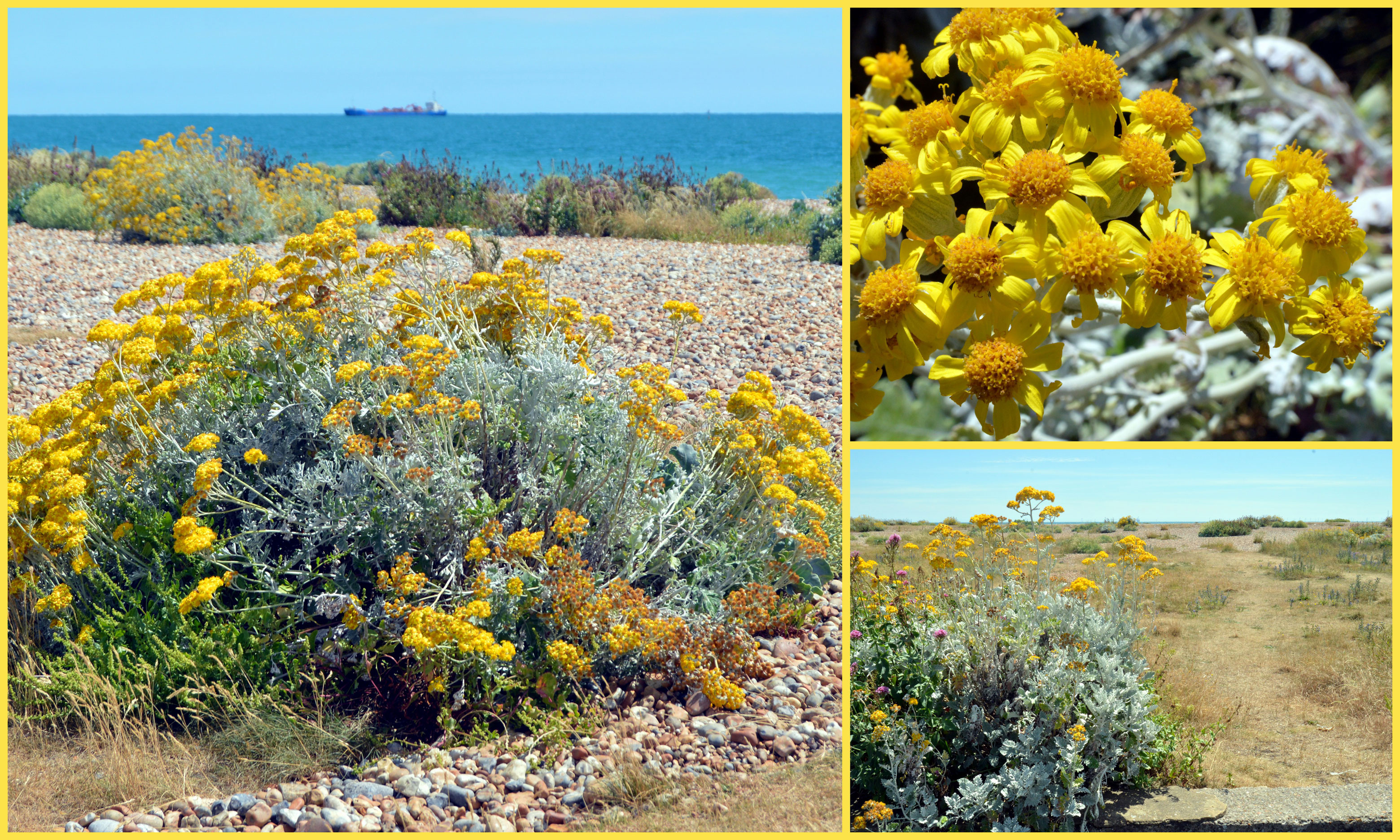 Common Ragwort was beginning to flower on Shoreham and Lancing beach. 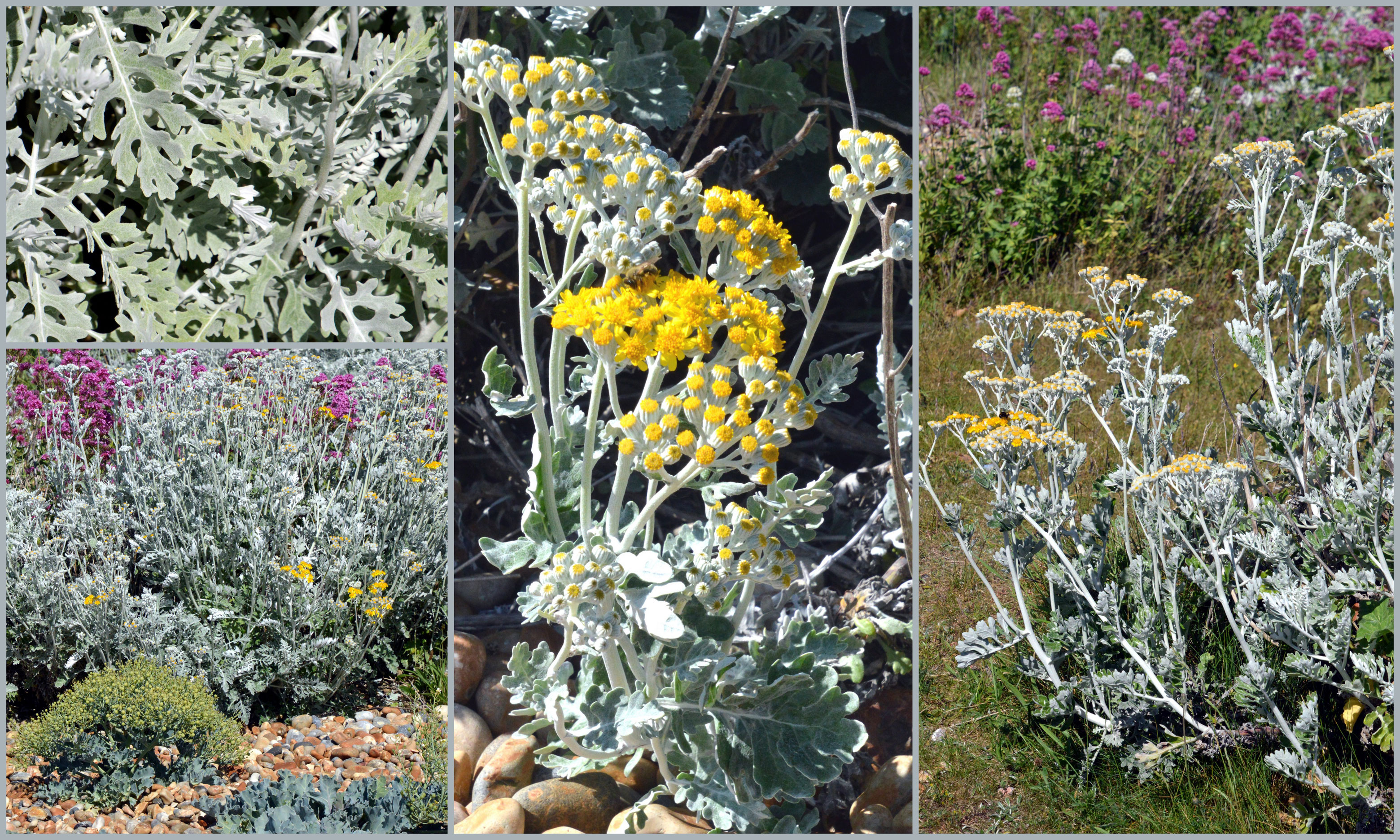 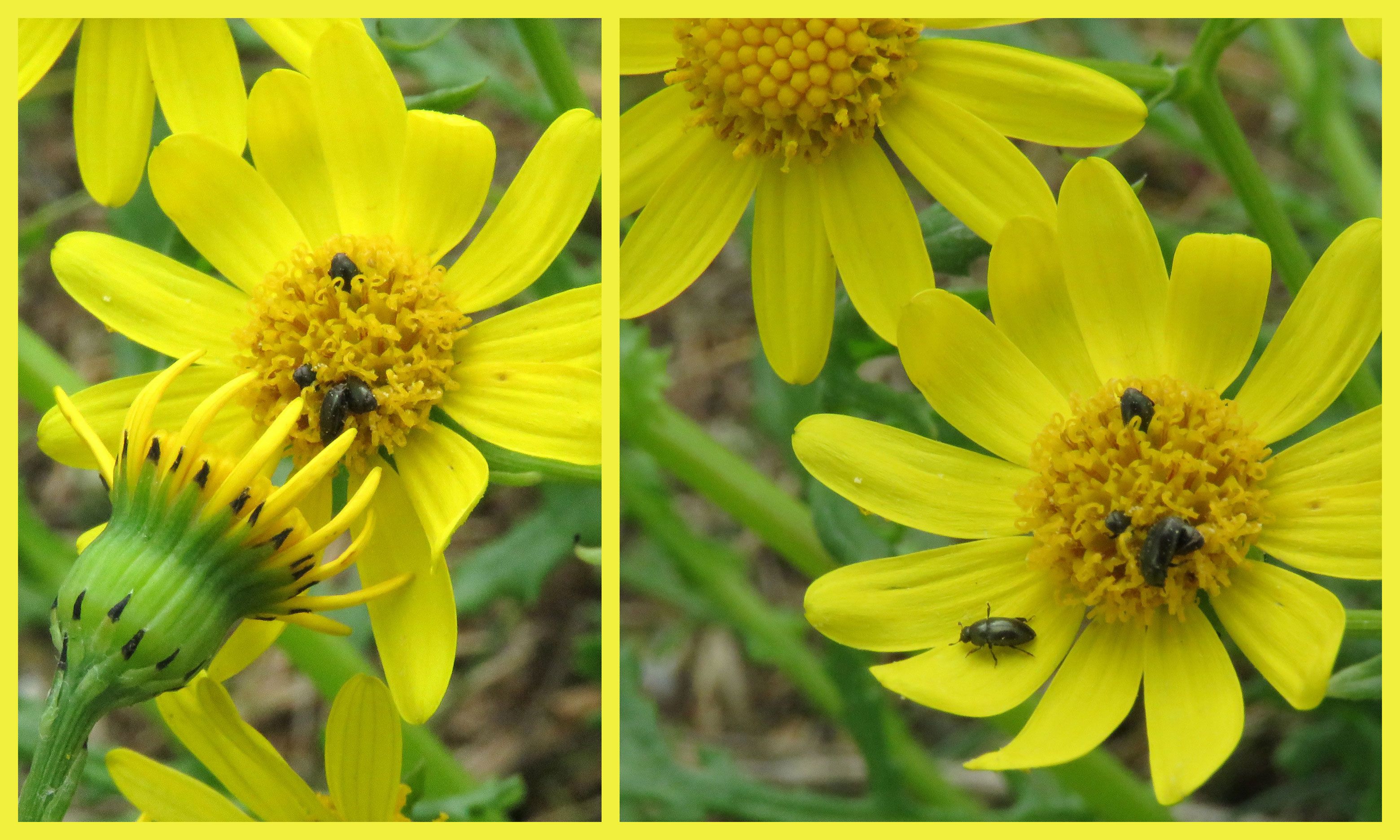 Oxford Ragwort
It was also seen flowering on the beach. by Widewater. 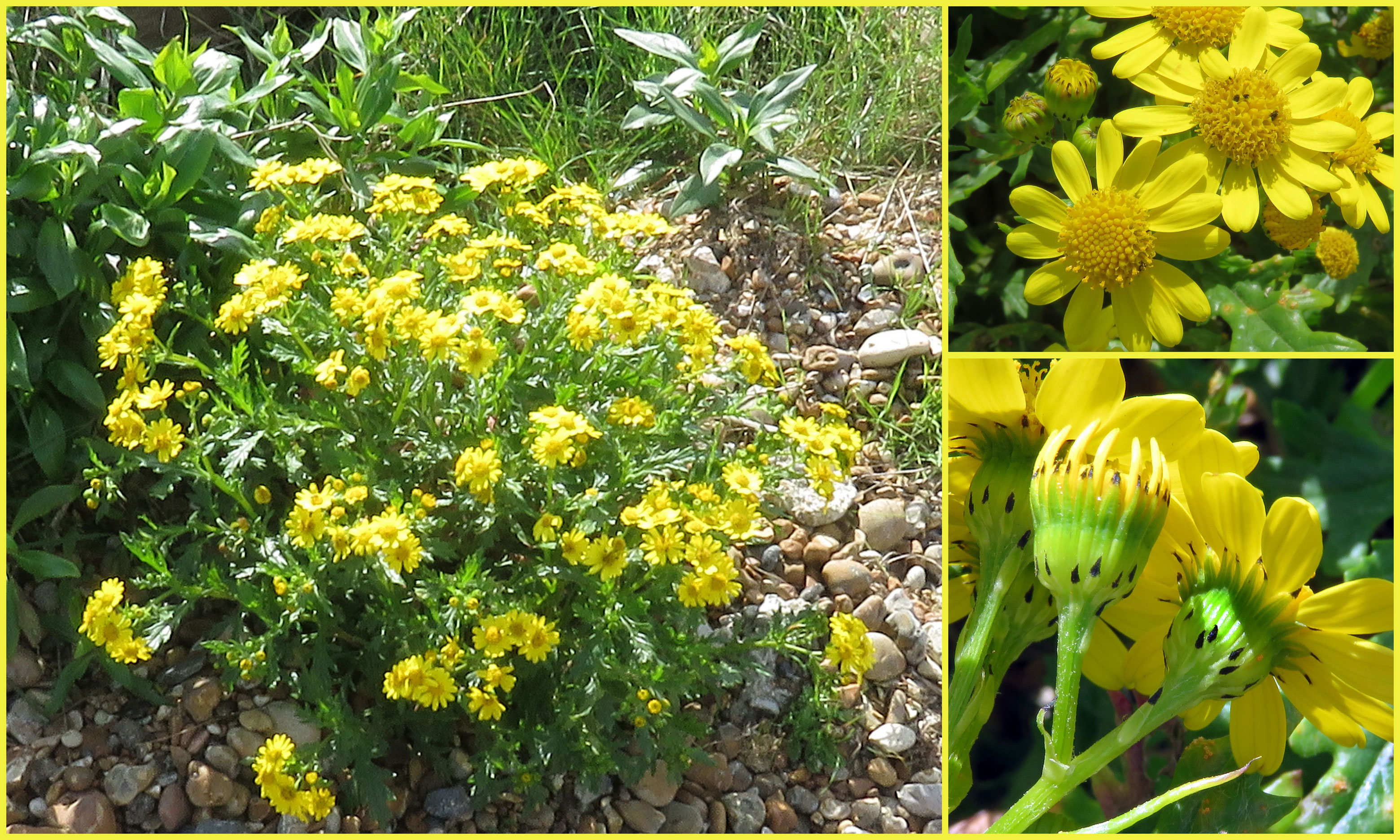 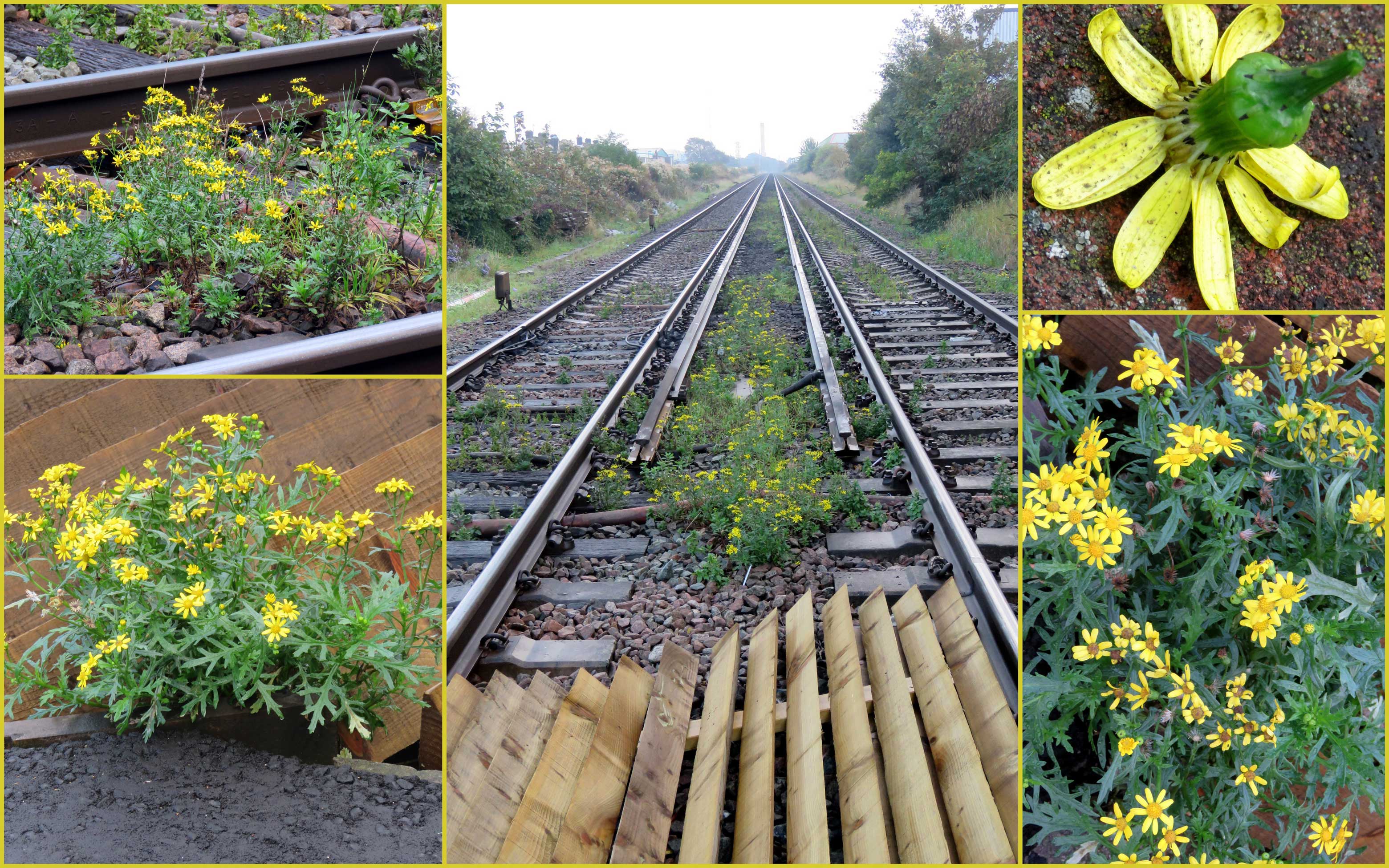 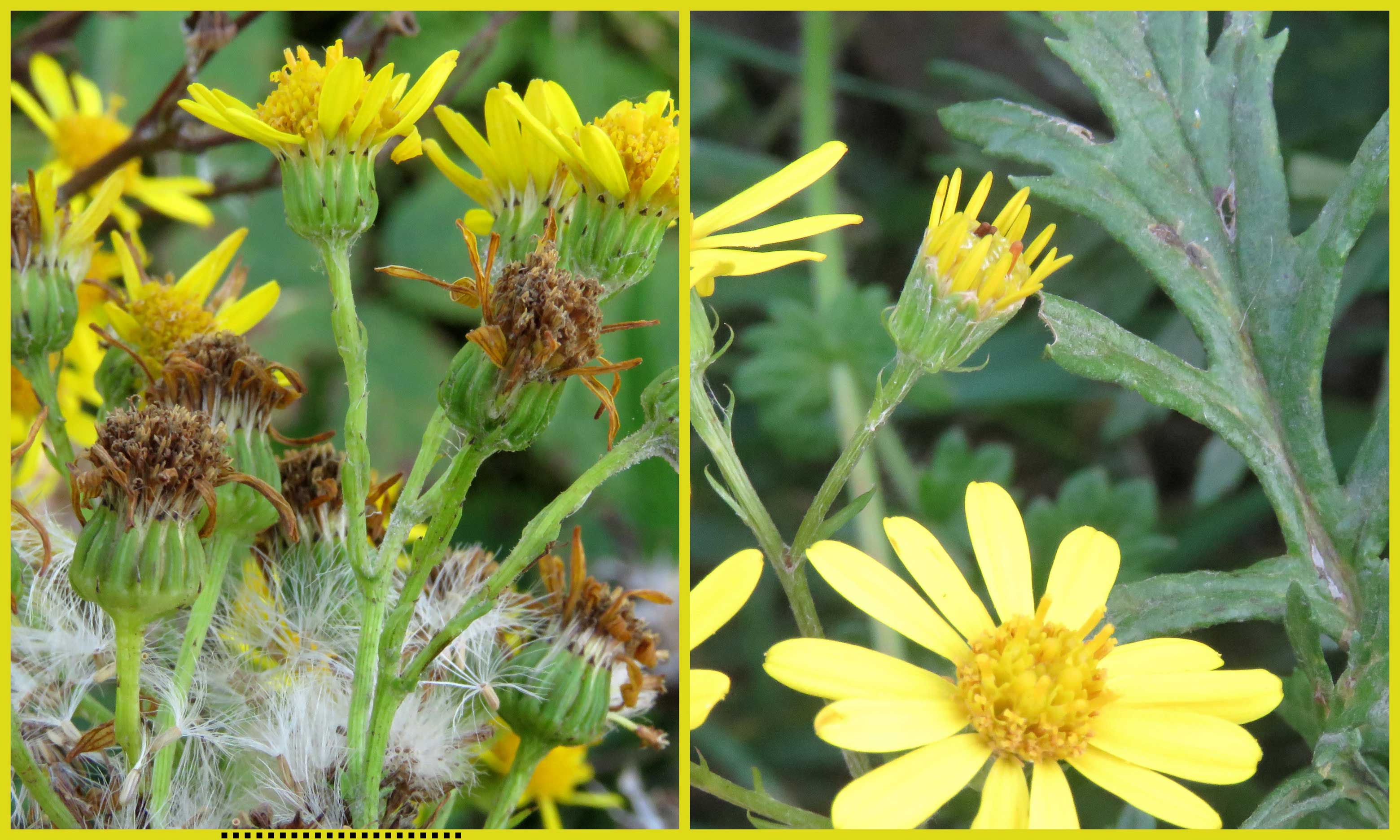 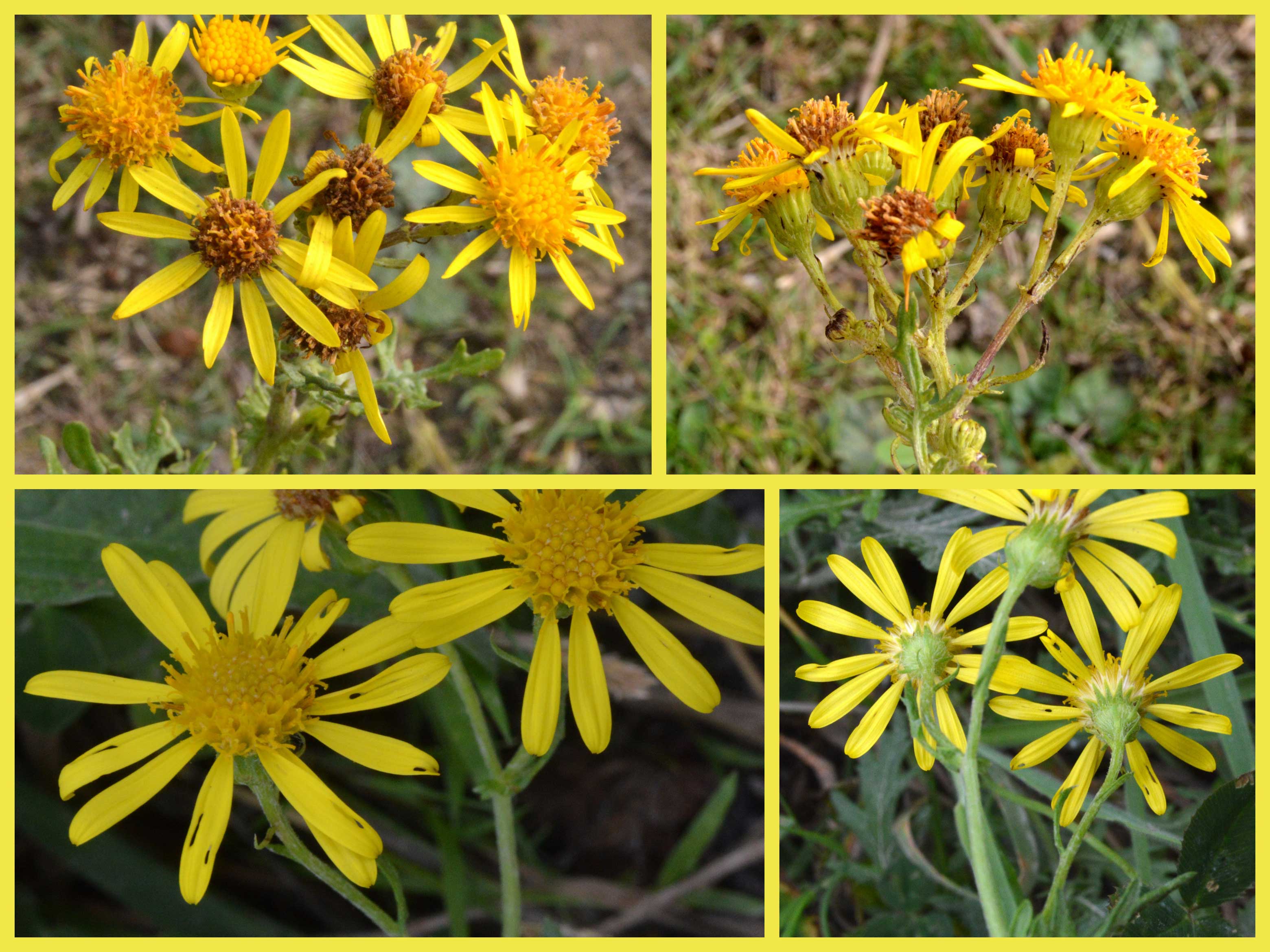 For Hoary Ragwort, the outer phyllaries under the flowerhead should be about half as long as the inner, which have green rather than dark tips. That all seems to be the case here. The late flowering is persuasive as well, though not conclusive. The leaves would clinch it further, but I'd be happy with Hoary.
ID confirmation by Scott on Flora of the British Isles 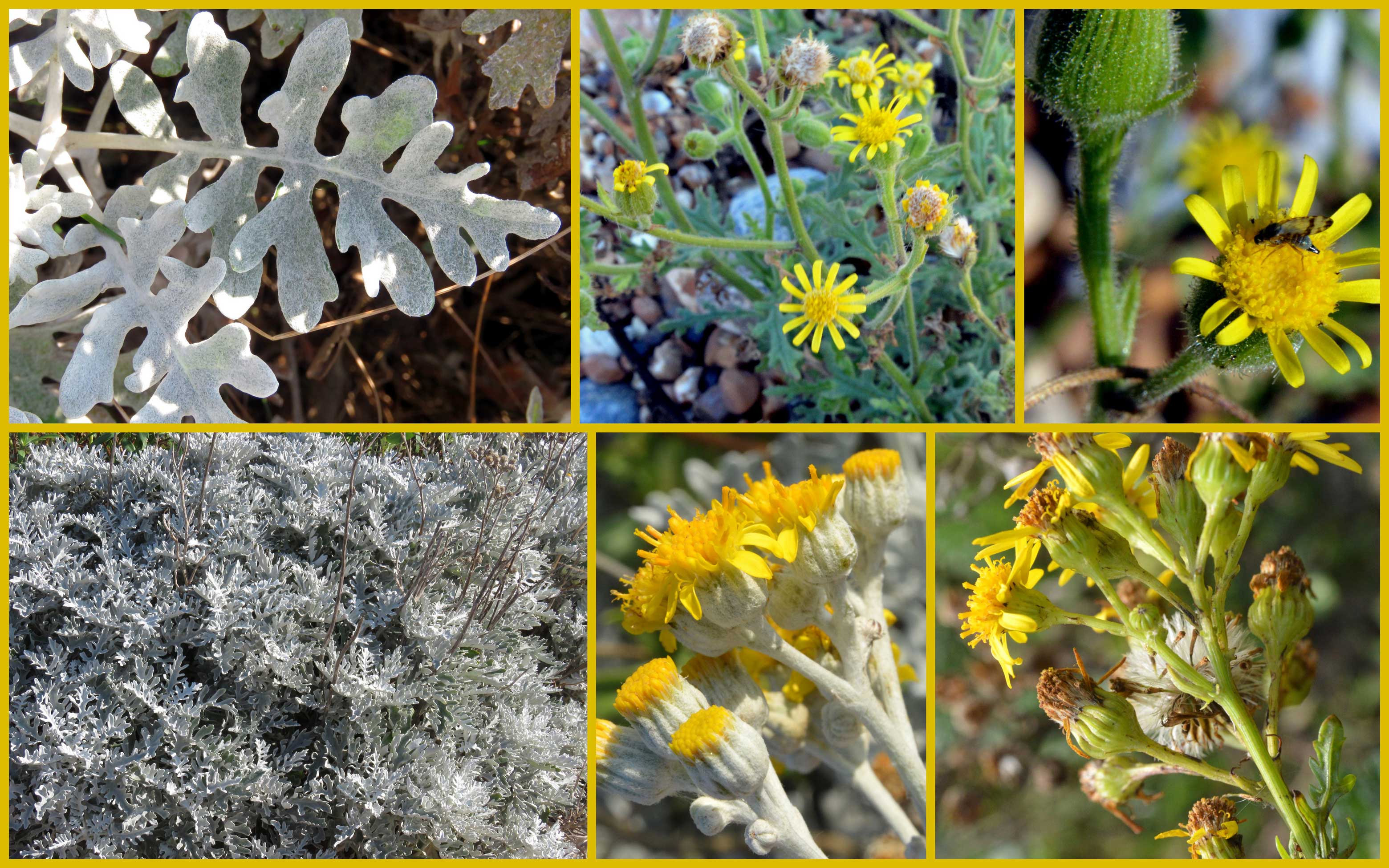 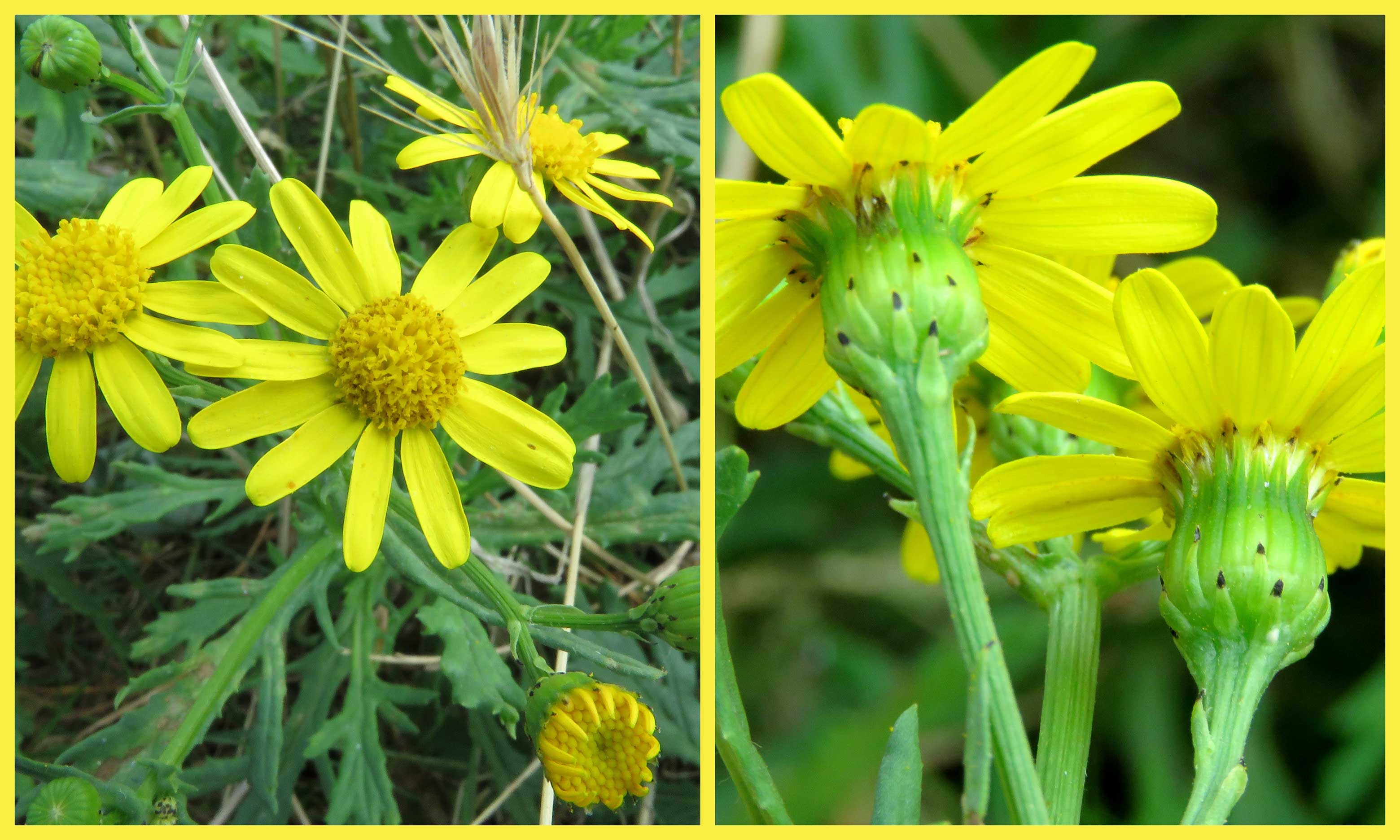 Between the cracks in the tarmac on a road verge nearby, I recorded the Oxford Ragwort, Senecio squalidus, for the first time; a more showy immigrant plant than the native Common Ragwort. 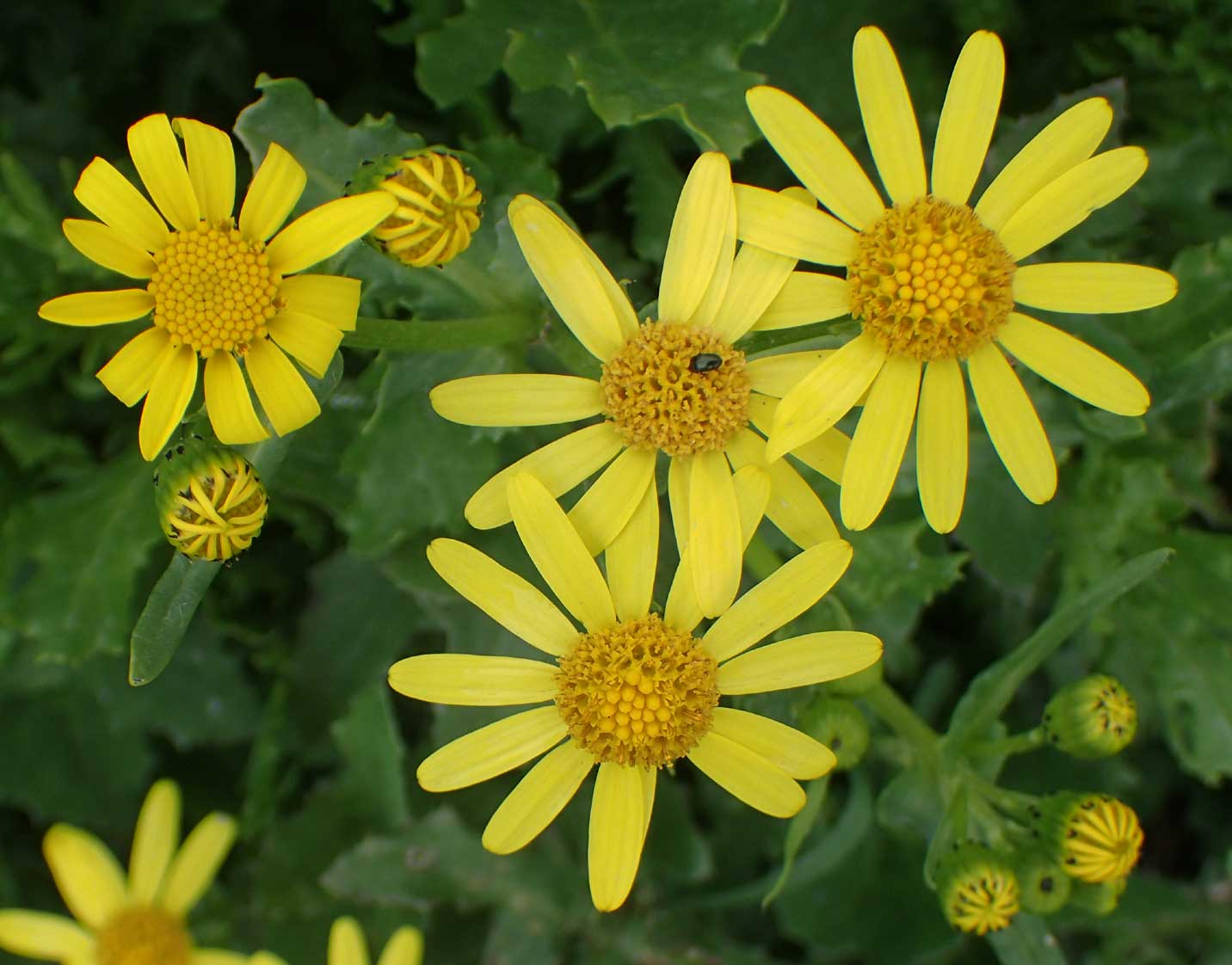 This immigrant Oxford Ragwort was not identified until September 2016. Common Ragwort does not flower in April. June is usually the earliest.

Hoary Ragwort was in flower on the Coastal Link Cyclepath south of the Toll Bridge, Old Shoreham.

Only the phyllary bracts are black tipped in the Common Ragwort and some Groundsels.

The other green leaved species is the alien known as the Oxford Ragwort, Senecio squalidus. All bracts are black-tipped in this species.
Ragwort Facts 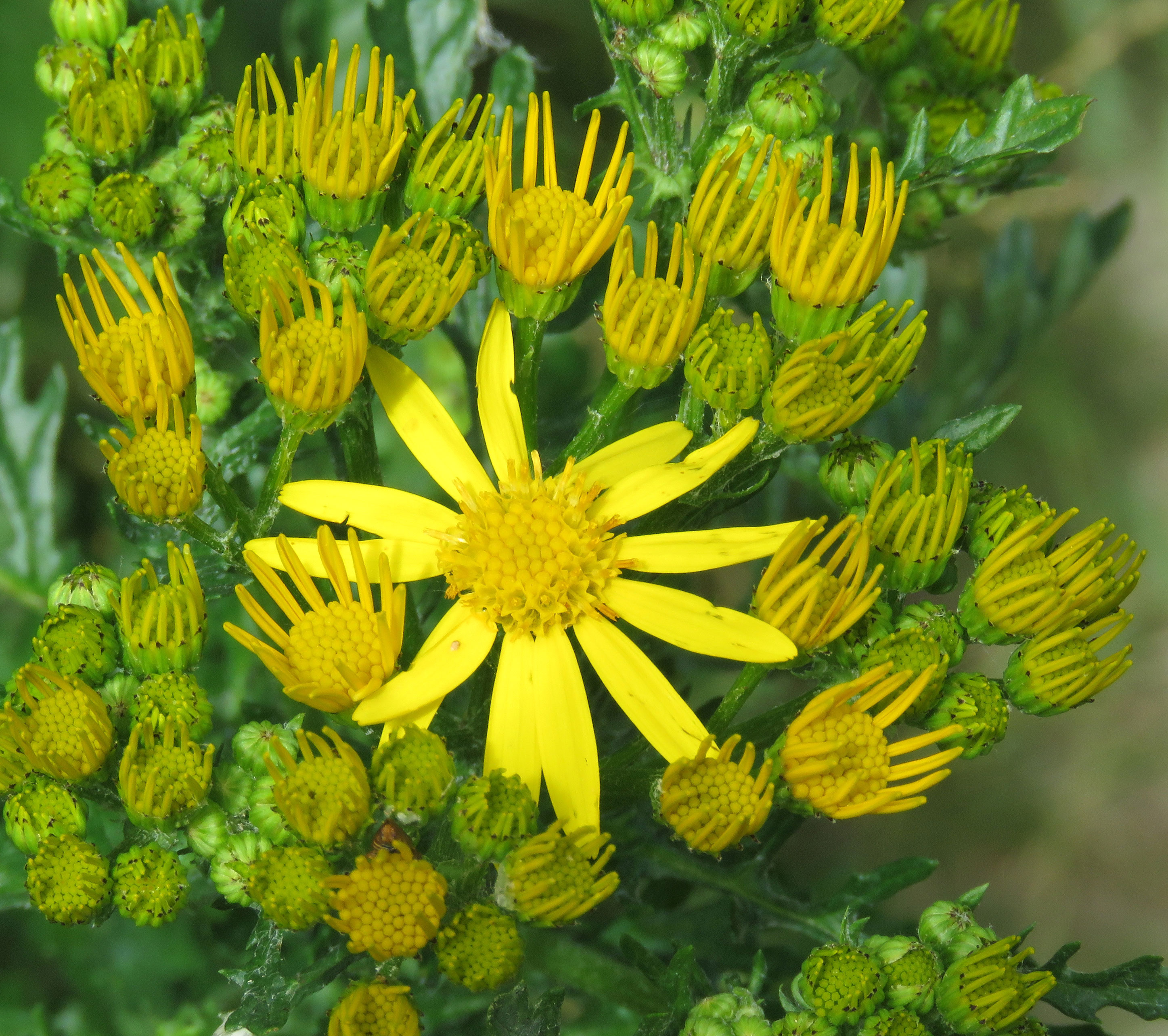 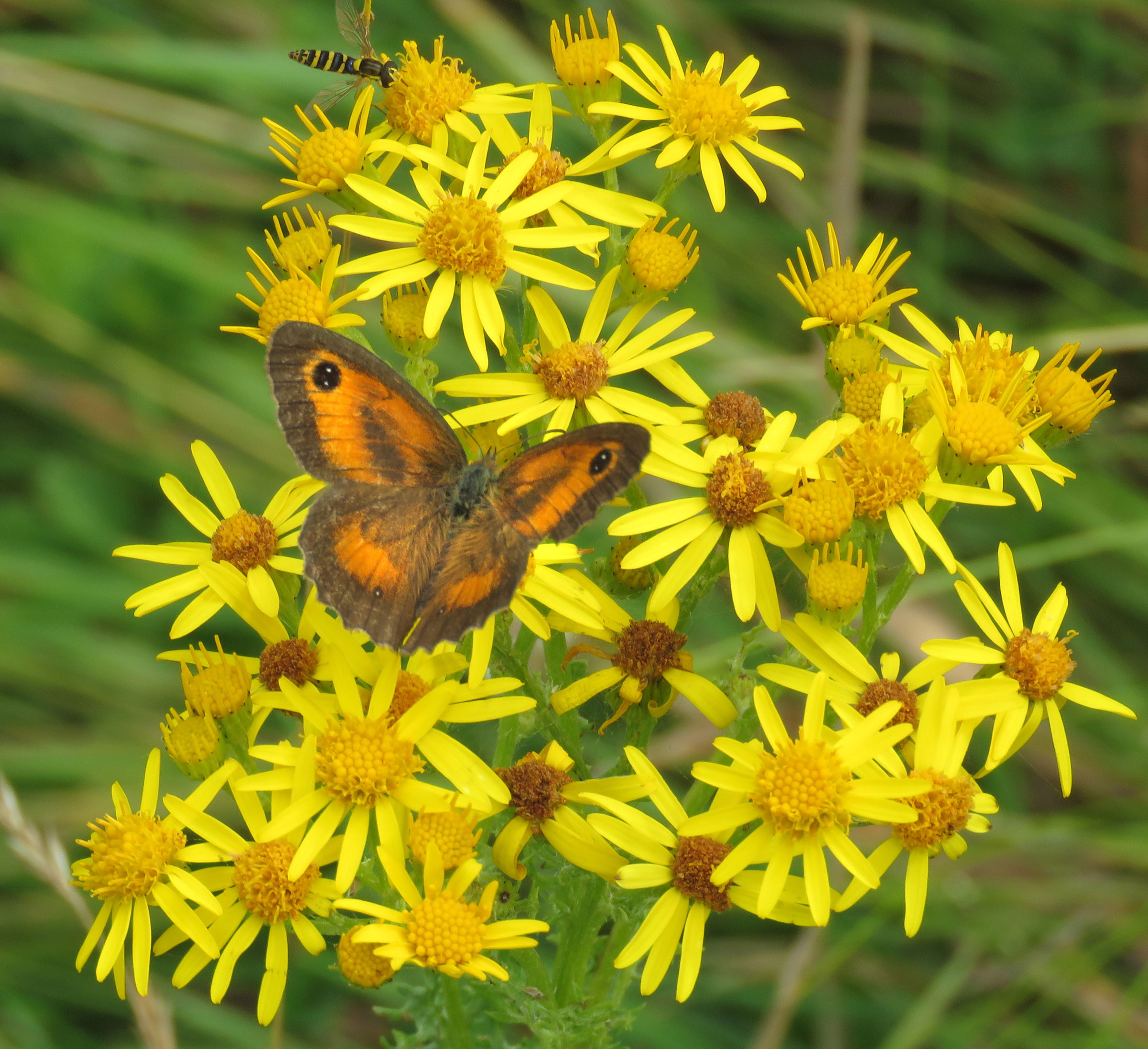 Common Ragwort, Senecio jacobaea
This flower is a great attractor of flying insects

Four types of Ragwort will be found in the UK, all of them poisonous to livestock :- 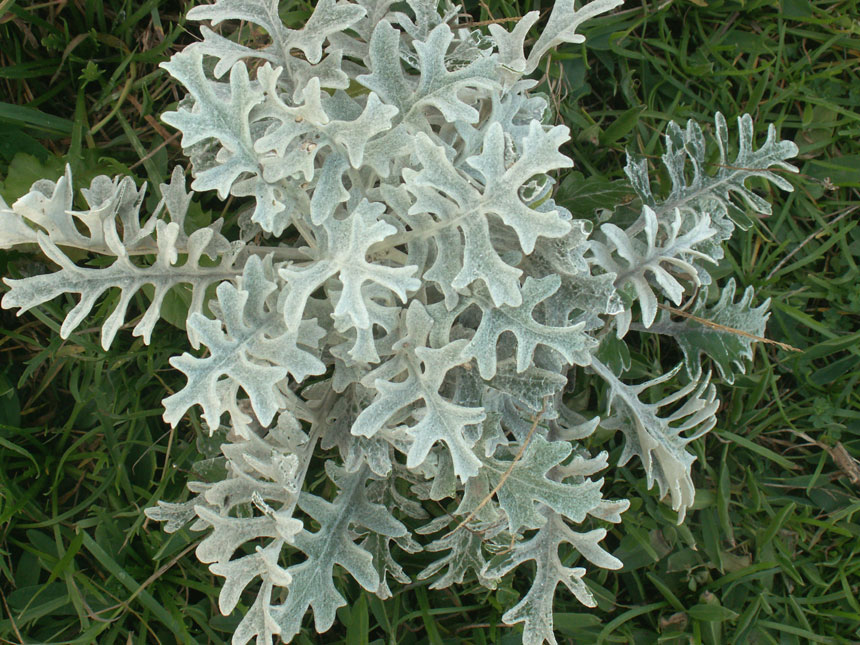