23 May 2007
Common Spotted Orchids were now frequently seen on the southern bank of the Slonk Hill Cutting, but nowhere near the many hundreds at their peak. One was also seen on the Downs Link Cyclepath north of the the Toll Bridge in the meadow verge immediately south of the Cement Works.

20 May 2007
The first Common Spotted Orchids (one seen in full flower and others budding) were seen on the southern bank of the Slonk Hill Cutting. 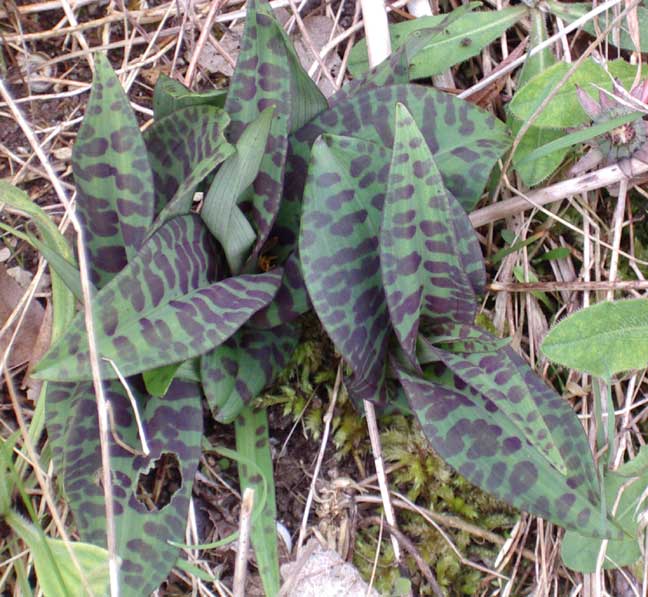 Attractive amongst the damp grass after the rain, the leaves of the Spotted Orchids, Dactylorhiza fuchsii, pushed themselves above the southern banks of the A27 By-pass between the longtitude of Buckingham Park and the bridge to Slonk Hill Farm. The footpath was passable for the whole route (usually the western part is overgrown) from the top of The Drive, Shoreham to the top of New Barn Road (bottom of Slonk Hill Farm Road). 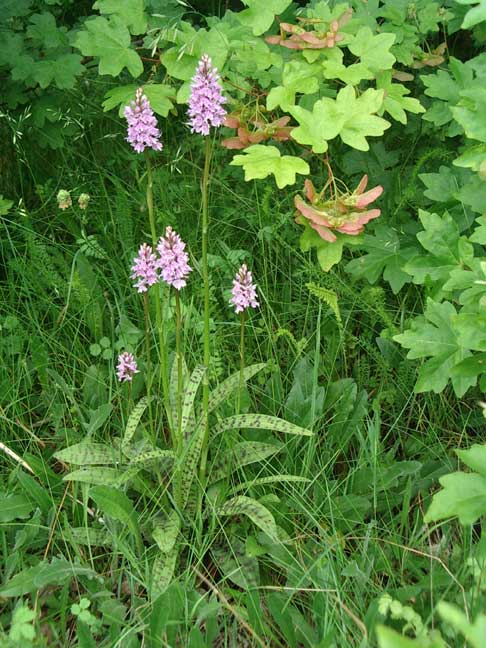 There were the usual hundreds of Spotted Orchids, Dactylorhiza fuchsii, on the A27 road embankment at Slonk Hill South. 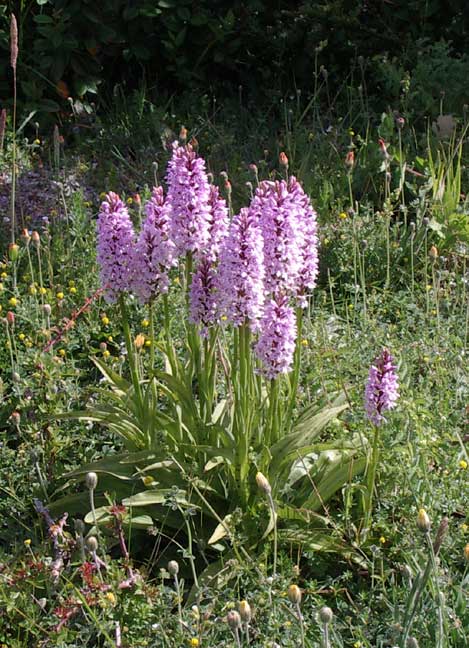 A small clump of Spotted Orchids, Dactylorhiza fuchsii, are recorded on the road embankment (north-west) side to the south of Mill Hill, where the yellow patches are Bird's Foot Trefoil in flower.