Squids and Squid Egg masses
Other species sometimes encountered in UK waters are the Newfoundland Squid, Illex illecebrosus, the Hard Squid, Todarodes sagittatus, and the Soft Squid, Todaropsis eblanae. The Cuttlefish. Sepia officinalis, when it occurs in the UK catch, is included in squid landings for statistical purposes, although it is not a true squid.
Information on the biology of Squids in UK waters
British Cuttlefish (Link)
Cephalopods of The World (Link) 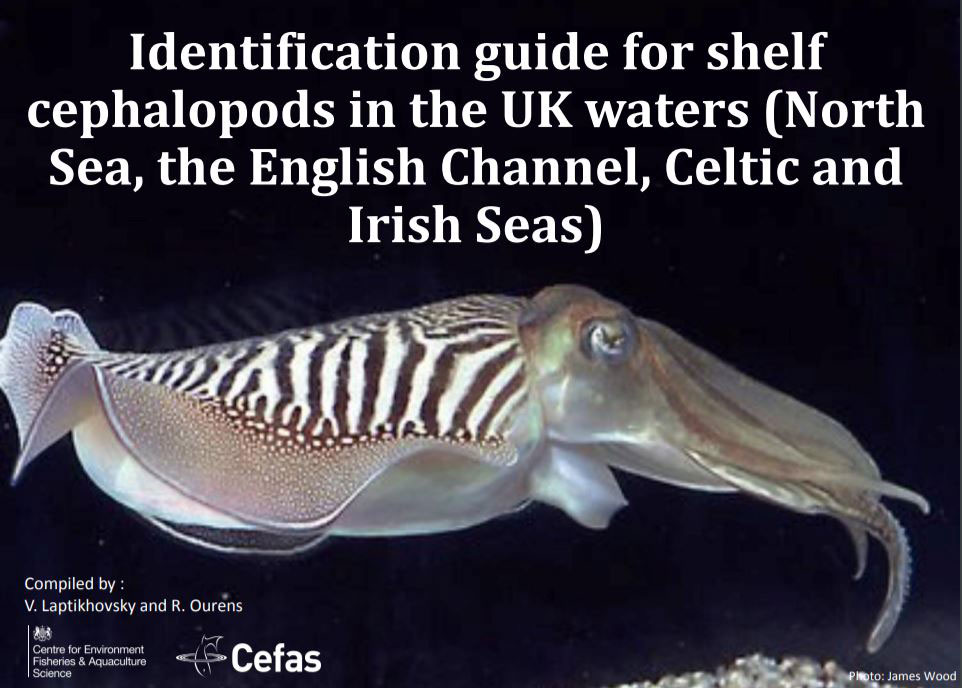 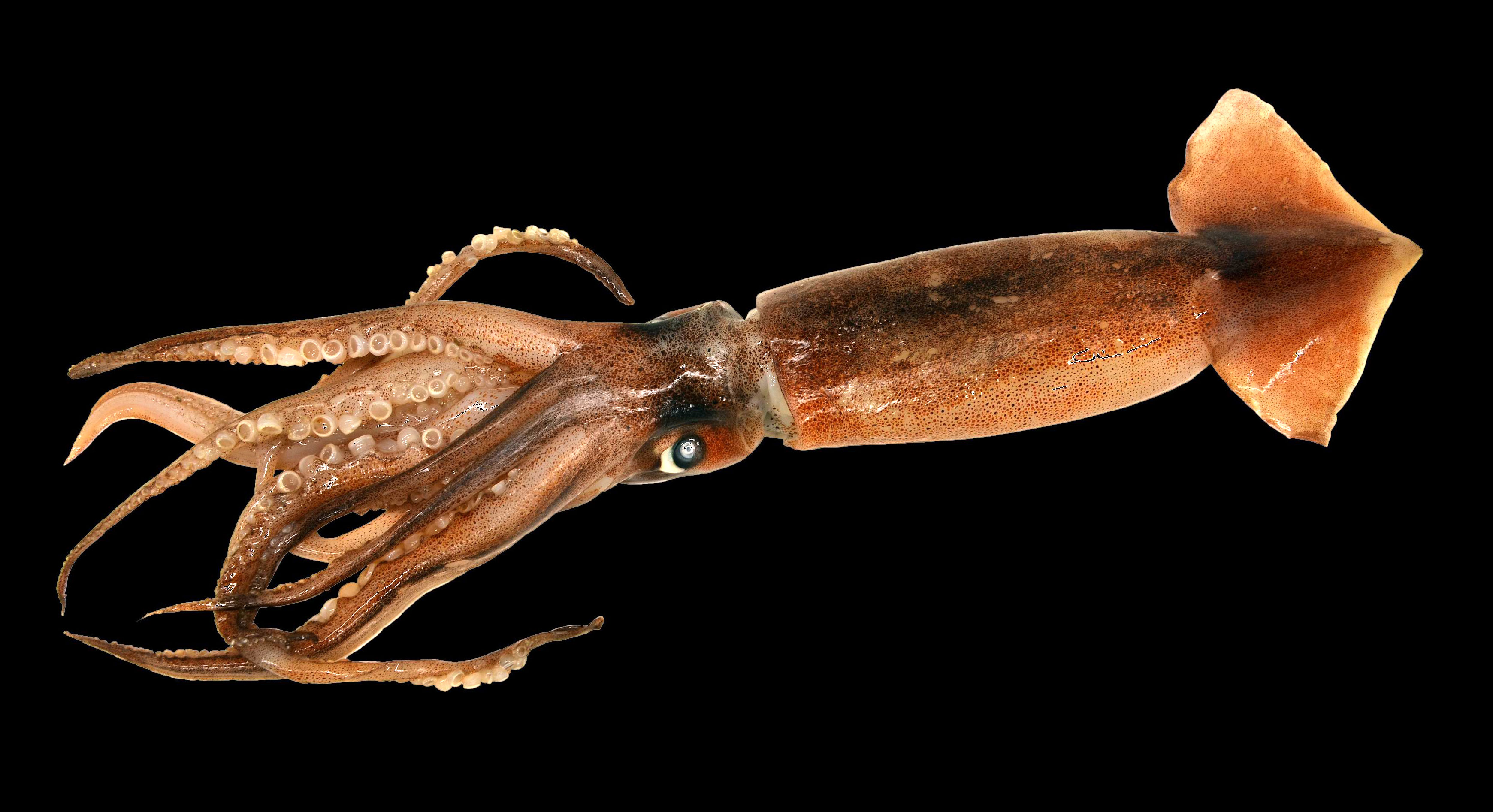 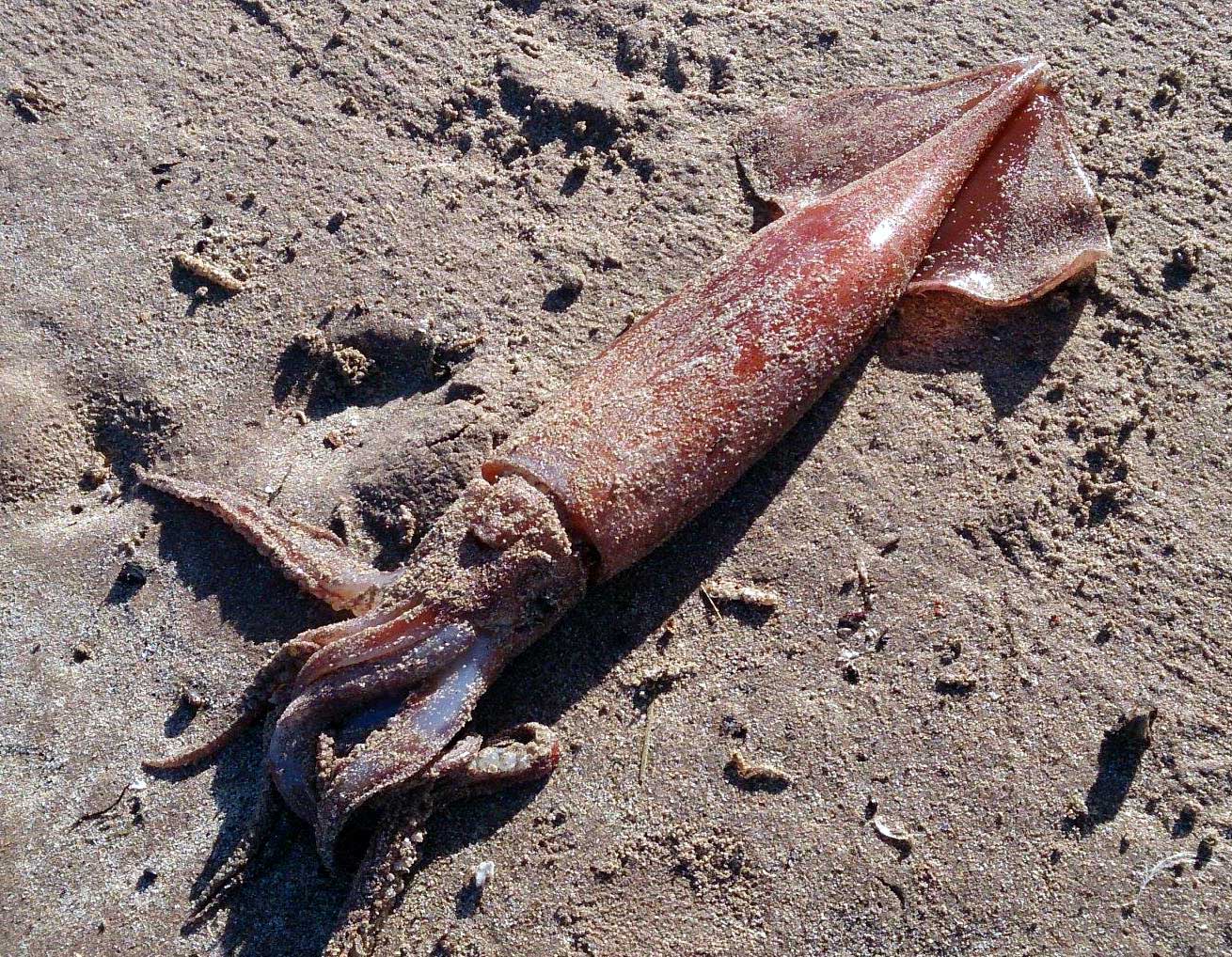 I was walking along this Yellowcraig Beach in Dirleton, North Berwick, Scotland and came across two squid washed up dead on the southern shore of the Firth of Forth.
Report & Photograph by Amanda Gray

6 April 2013
A wreck of seabirds and crustaceans and other animals washed up dead on a Yorkshire shore at North Bay Beach, Scarborough included one of the more unusual squids in British seas. It is thought most likely to be the Hard Squid, Todarodes sagittatus. The total length of the squid was estimated at 60 cm. This is the first report of this squid on these News Reports. 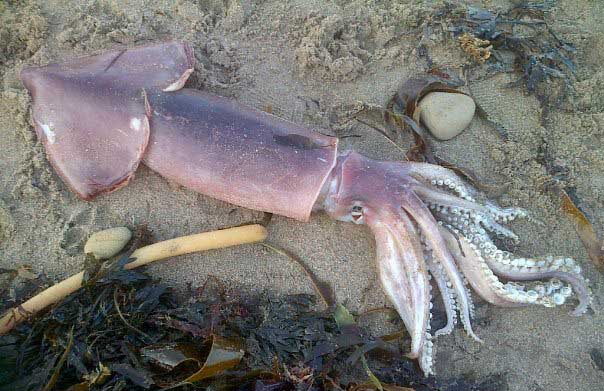 Information on the biology of Squids in UK waters

The two species above were discovered on Shoreham Beach.

I haven't really got going with diving yet but somebody who dives regularly locally seems to be seeing squid.  He has seen three this year, one on the Royal Adelaide off Chesil Beach and the other 2 on the East Tennants in Lyme Bay.
The Lyme Harbourmaster reports that many fishermen are finding eggs in their pots.  Have you any reports suggesting unusual squid activity? 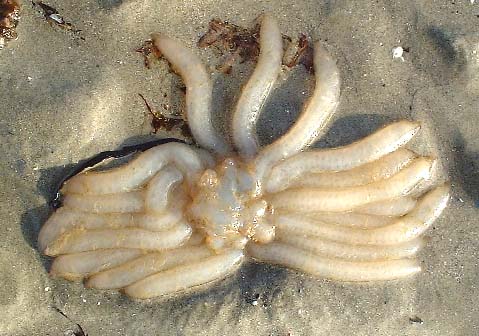 These eggs have not been identified to species level.

This page is still incomplete.

10 May 2004
I've recently seen two examples of a creature washed up on Shoreham Beach that I never seen before, and can't find in my book of seaside flora and fauna. I presume it's a type of jellyfish. Can you identify it please?

It's like the head of an old-fashioned string floor mop. The diameter of the 'mop' head is about 25 cm. The densely packed 'strings' are the thickness of an earthworm and about 10 cm long each from the centre of the 'mop'.  The colour is a very pretty pale coral pink and white.   Have you any ideas?  It is rare?

The most recent one I saw was on the Ferry Road beach (just west of the beach directly opposite Ferry Road) on the sand at low tide.