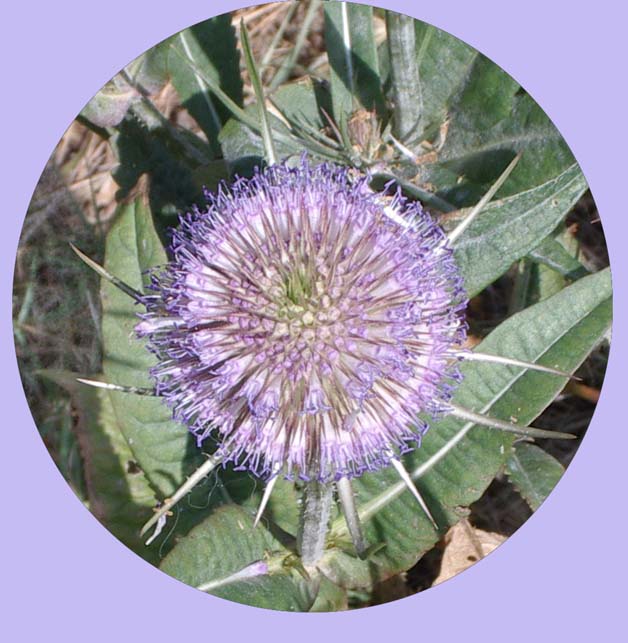 Teasels at Old Shoreham
Towpath north of the Toll Bridge 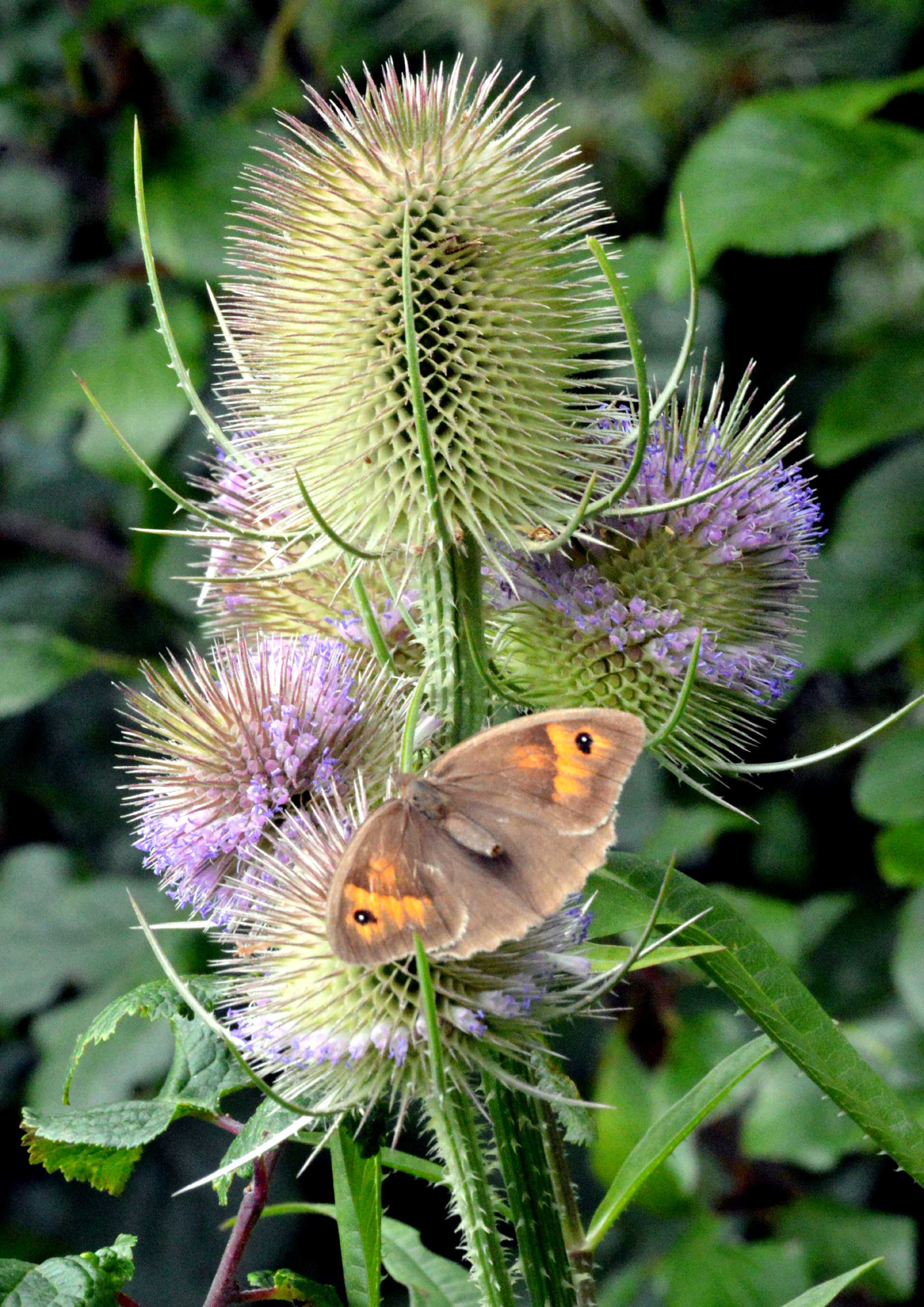 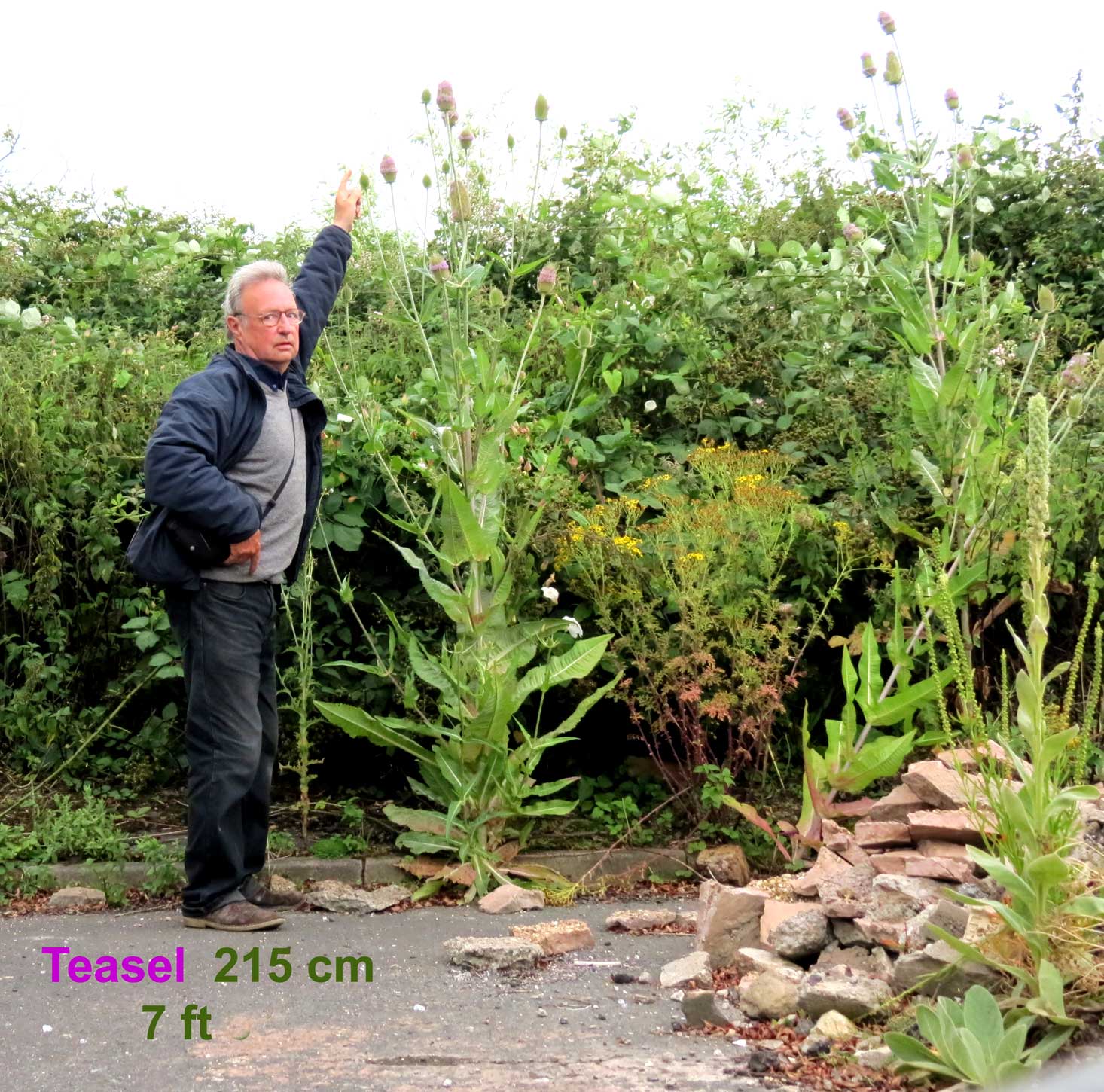 The first flowers of Teasel appeared and seen on this particularly large specimen spotted at the Withy Gap lay-by, Lancing. Its height was calculated at 215 cm.

24 June 2012
Teasel plants appeared on the verges of the cyclepath in Old Shoreham, showing the capitulum (pseudanthium or flower head) but not yet the purple flowers.

Goldfinch on Teasel (link to image)

3 July 2009
The lilac-purple flowers of Teasel were noticed for the first time this year on the edge of the cyclepath from Botolphs to Annington Sewer and the north. Goldfinches were prominent as well with one small chirm noted visiting the Teasels.

14 July 2008
There were scores of Teasels in flower on the verges of the Coastal Link Cyclepath north of the Toll Bridge. A small chirm of Goldfinches was seen in the hedgerow.

4 July 2008
The first Teasel of 2008 was flowering on the verges of the Coastal Link Cyclepath north of the Toll Bridge, Old Shoreham, although most had not showed.