INNOVATIVE NEW DISPLAYS (not previously mentioned in publicity, as these displays have now only just been confirmed.)

The seas contain lots of life from the microscopic planktonic organisms to the gigantic whales. Now we plan to cover them all at the World Oceans Day display under the large marquee on Coronation Green on 3 June 2000.

With the new video microscopic display by Evan Jones, senior science teacher at Kings Manor, the absolutely fascinating microscopic marine creatures can be seen magnified in all their strange colours and forms on a television screen. Now is the chance to see an undersea world few people have the opportunity to study.
(This feature is not available at Public Aquaria in Britain. A full list of all the Public Aquaria in Britain will be on the computer display: see below.)

Magnifying equipment will be available for children to view marine organisms in the portable viewing container called the Naturescope. 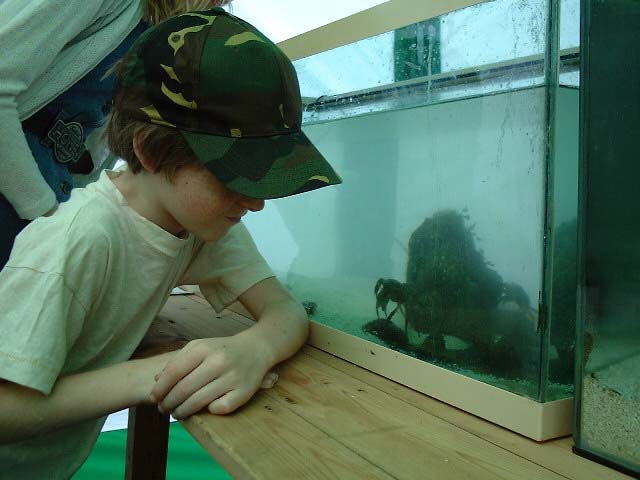 Marine aquarium expert, writer and photographer, Andy Horton will present a display of sea anemones (very colourful and surprising) from the Sussex coastline, with crabs, small fish, barnacles, and other intertidal life. 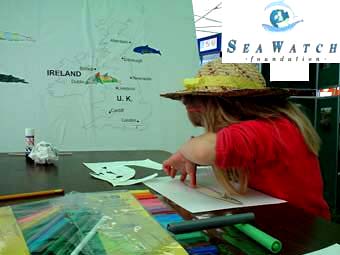 Steve Savage, of the Sea Watch Foundation, a writer of 24 nature books, and formerly Education Officer at the old Brighton Aquarium and Dolphinarium, will present the interactive display for children (they can participate) about the whales and dolphins around the British Isles.

Computers and the Internet

Tidal information will be on display in a clear graphical form. This is predicted years for years in advance, and for all around the world, including Shoreham.

The computer display will also include information on Shoreham-by-Sea and its early history, toponymy, wildlife and more.

Lots of other oceans computer information including programs designed for children, for adults and for professional biologists (Five Kingdoms UNESCO biological program and one on Evolution).

There is also a chance to see the BIOMAR program, which is really for the specialists, but is the only way you can see photographs of all the British sea anemones in glorious colour (not published elsewhere).

There are photographs of Norwegian marine life from BMLSS members in Norway. The UK Marine Digital Atlas contains lots of maps of sea temperatures, dolphin distribution, number of earthquakes in the North Sea etc.

Competitions include Guess the weight of the Live Lobster and Blundens Fish n Chips will arrange for fish-tasting on the day.

There will be special colourful photographic opportunities to film children interacting with the lobsters and spider crabs. Quotes (very interesting) can be obtained of what the children feel about the creatures from the deep scary, fascinating, wonderful etc. 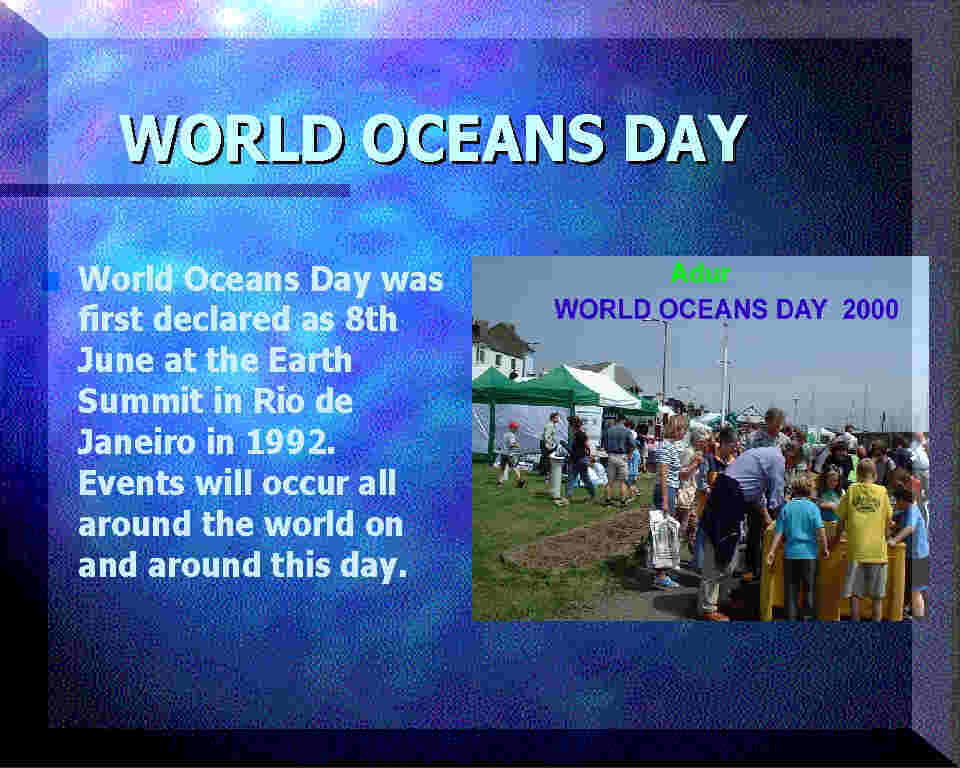 HOW TO GET THERE Grid References & Maps on the Web


target="_parent">Main Links
Top of the Page