To see a World in a grain of sand,
And Heaven in a wild flower,
Hold Infinity in the palm of your hand
And Eternity in an hour

26 December 2014
A Field Scabious, Knautia arvensis, was spotted in flower! (July to September is the usual range). The stem was only 50 mm long and just the one flower was spotted at Anchor Bottom. 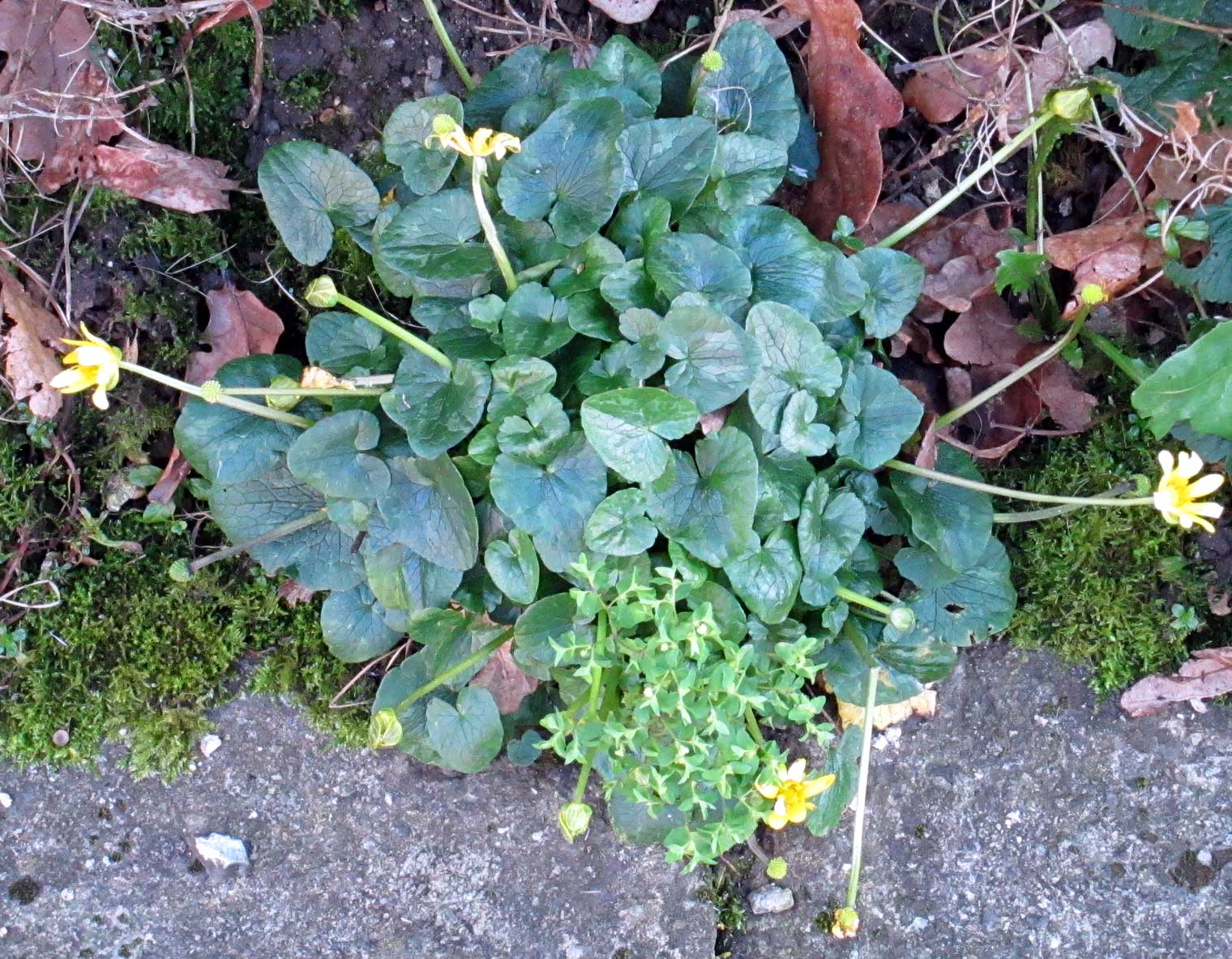 Rain and the occasional gale and paucity of wild flowers have prevented any photographs.

Bloody Cranesbill is a native English plant but most incidents are now probably garden escapes. These specimens are still flowering in my wild front garden. These are the horticultural species/variety Pencilled Cranesbill, Geranium versicolor &/or Geranium x oxonianum, Cultivar: 'Claridge Druce'.

Flowers recorded included Small Scabious and Yellow Wort at Anchor Bottom before the first spots of rain, and Viper's Bugloss on the Down's Link Cyclepath. 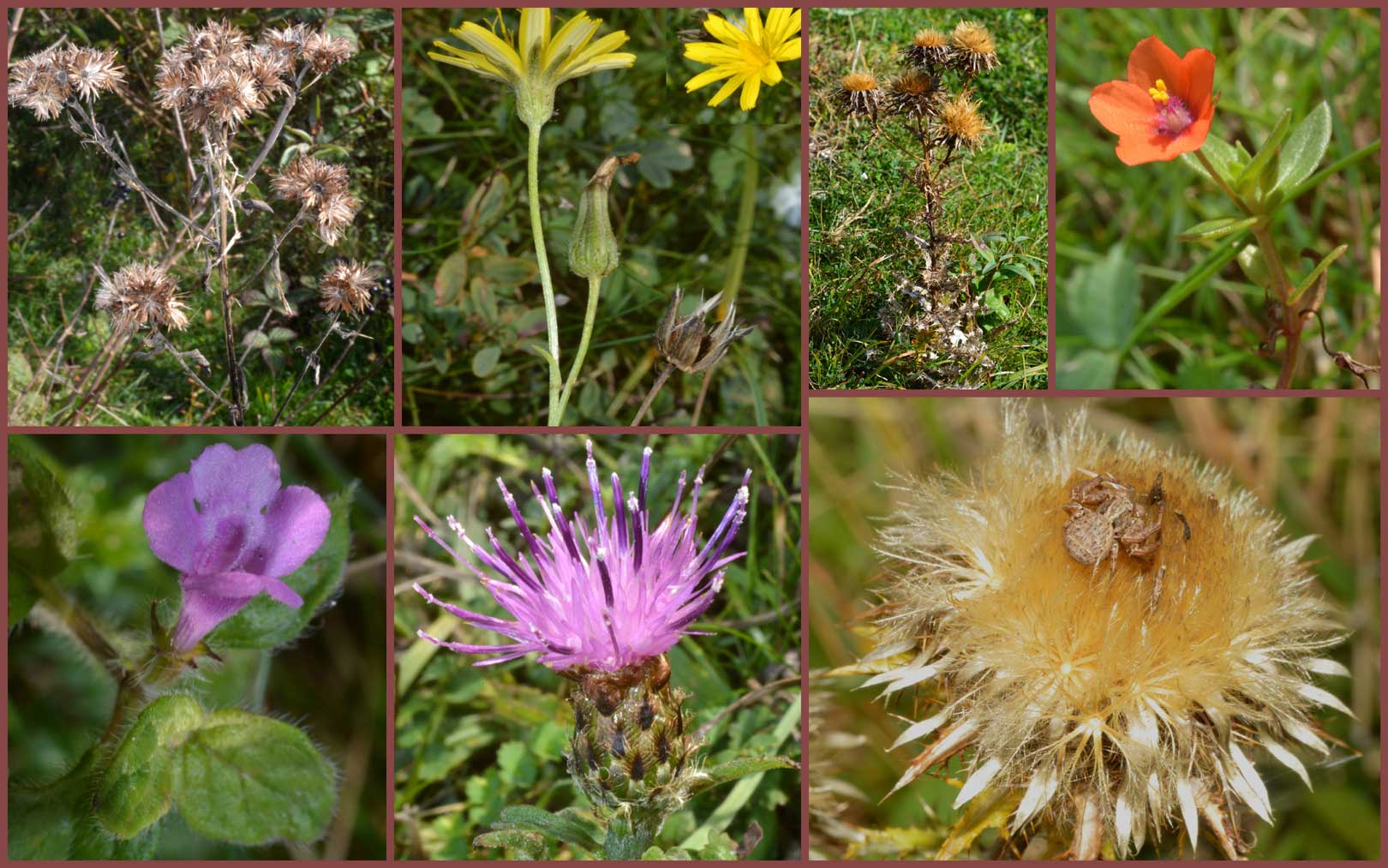 No butterflies were present on Mill Hill in a substantial breeze (Force 5). The purpose of the trip was to try out my new camera on still subjects as the only critters vaguely noteworthy were two Common Darters, a bumblebee and a grasshopper over the lower slopes. In circumstances like this I make a mental note of the relatively few wild plants still in flower: Carline Thistle, Rough Hawkbit, Bristly Ox-tongue, a few diminutive Smooth Hawk's-beard, Crepis capillaris, one Lesser Centuary, a few Great Knapweed, a few Lesser Knapweed (=Hardheads), a few Wild Basil, one Ragwort, one Scarlet Pimpernel, one Creeping Thistle, one Sow Thistle, one Hogweed bush and that was all that were seen on the lower slopes and southern part of Mill Hill Nature Reserve. (The top part of Mill Hill would have added more, but it was too breezy for comfort.)
In Shoreham town, I noted a Common Daisy (one), Dandelions and Nipplewort in flower.

16 October 2014
I noted in passing Bristly Ox-tongue, Yarrow, Rough Hawkbit, Red Clover, Toadflax and Melilot. And Wild Parsnip still around and Bloody Cranesbill in my wild front garden. But this was just a casual cycle detour to the outskirts for some fresh air. 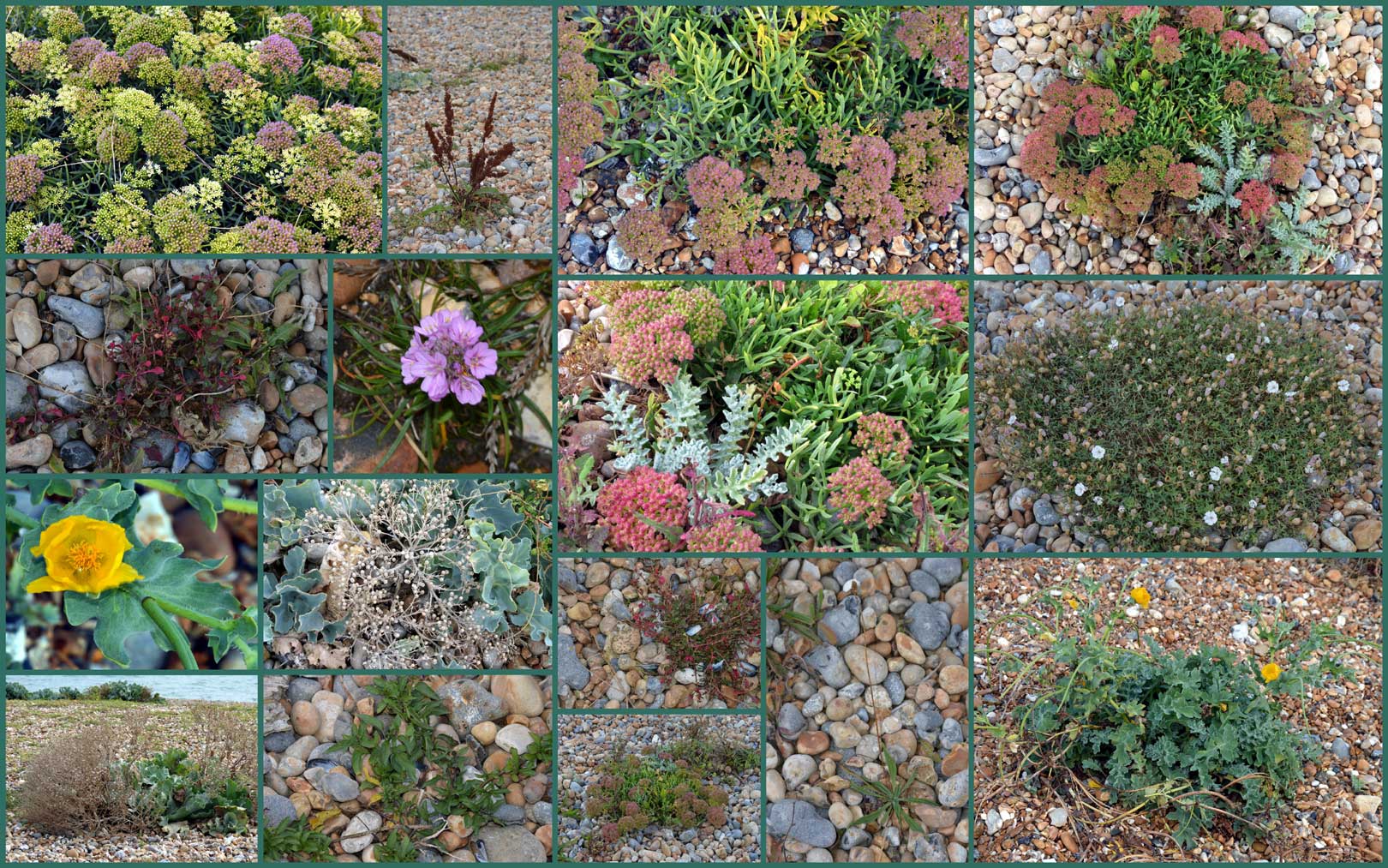 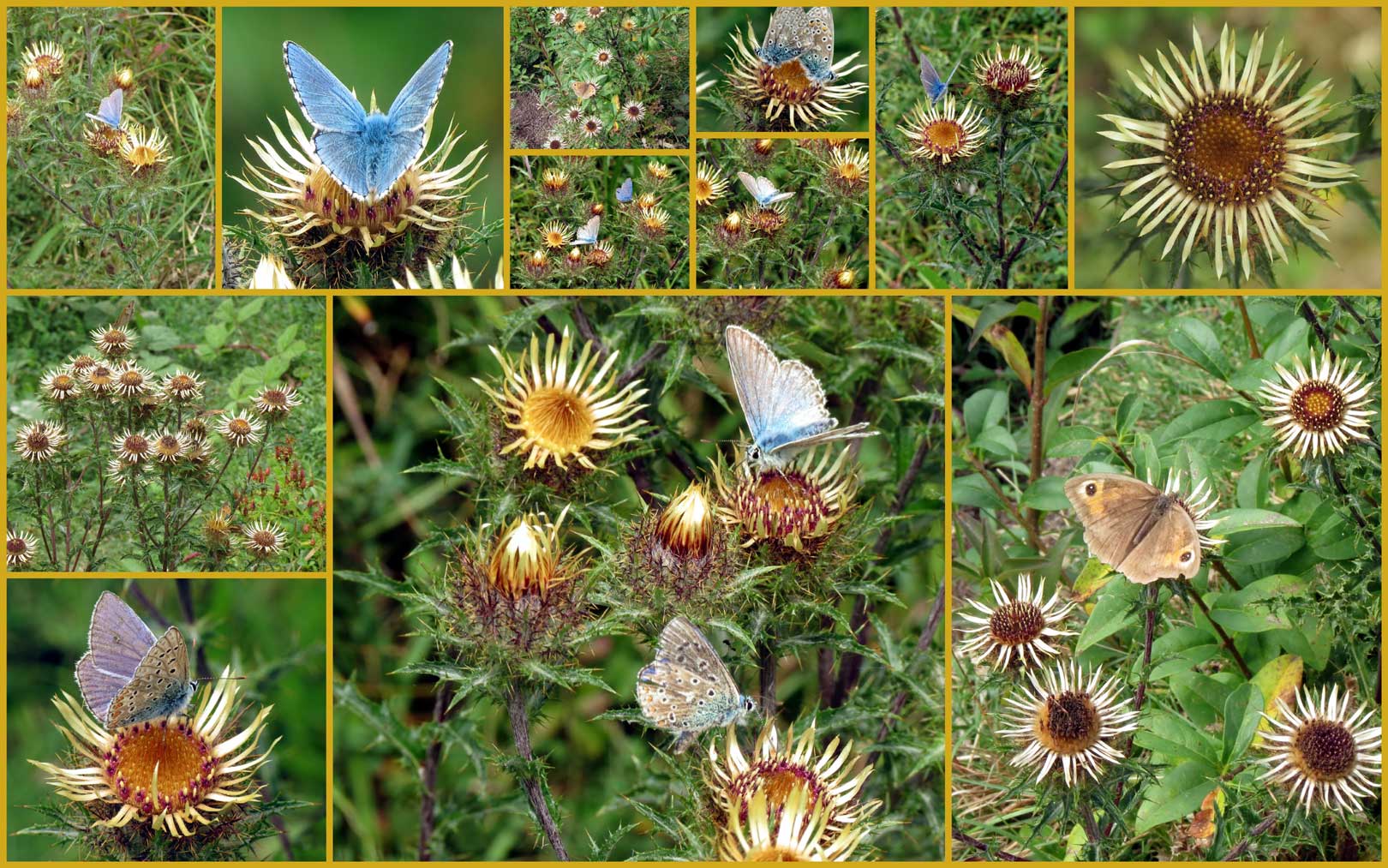 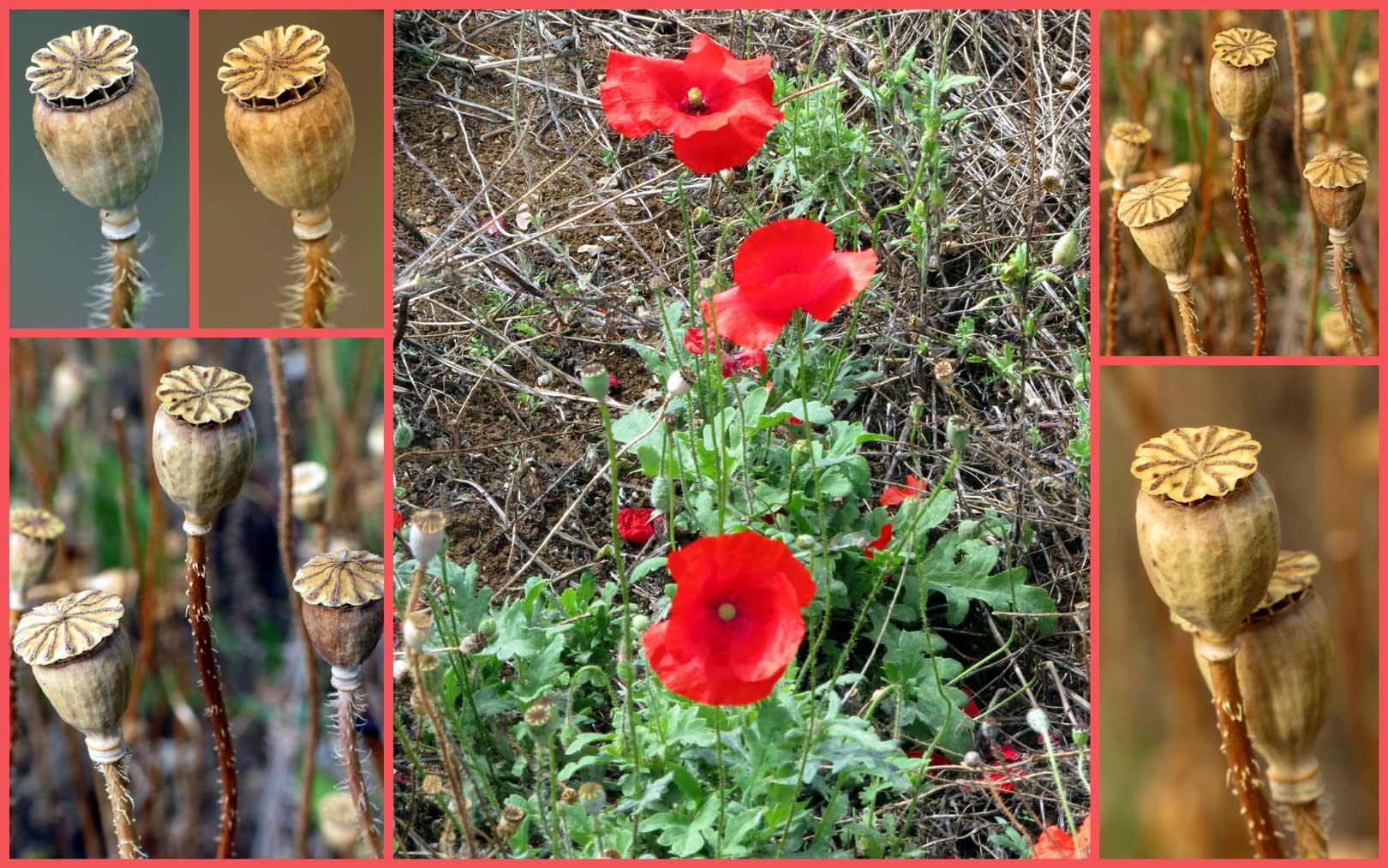 * The larva of the midge Kiefferia pericarpiicola causes a striking gall to form primarily in the flowerheads of the host plant which is usually Wild Carrot. The galls occur in clusters. Each gall starts off greenish-yellow and eventually turns bright purplish-red to brown; it is up to 5 mm in diameter and contains a single orange larva of the midge. The gall is seen more often than the adult midge. 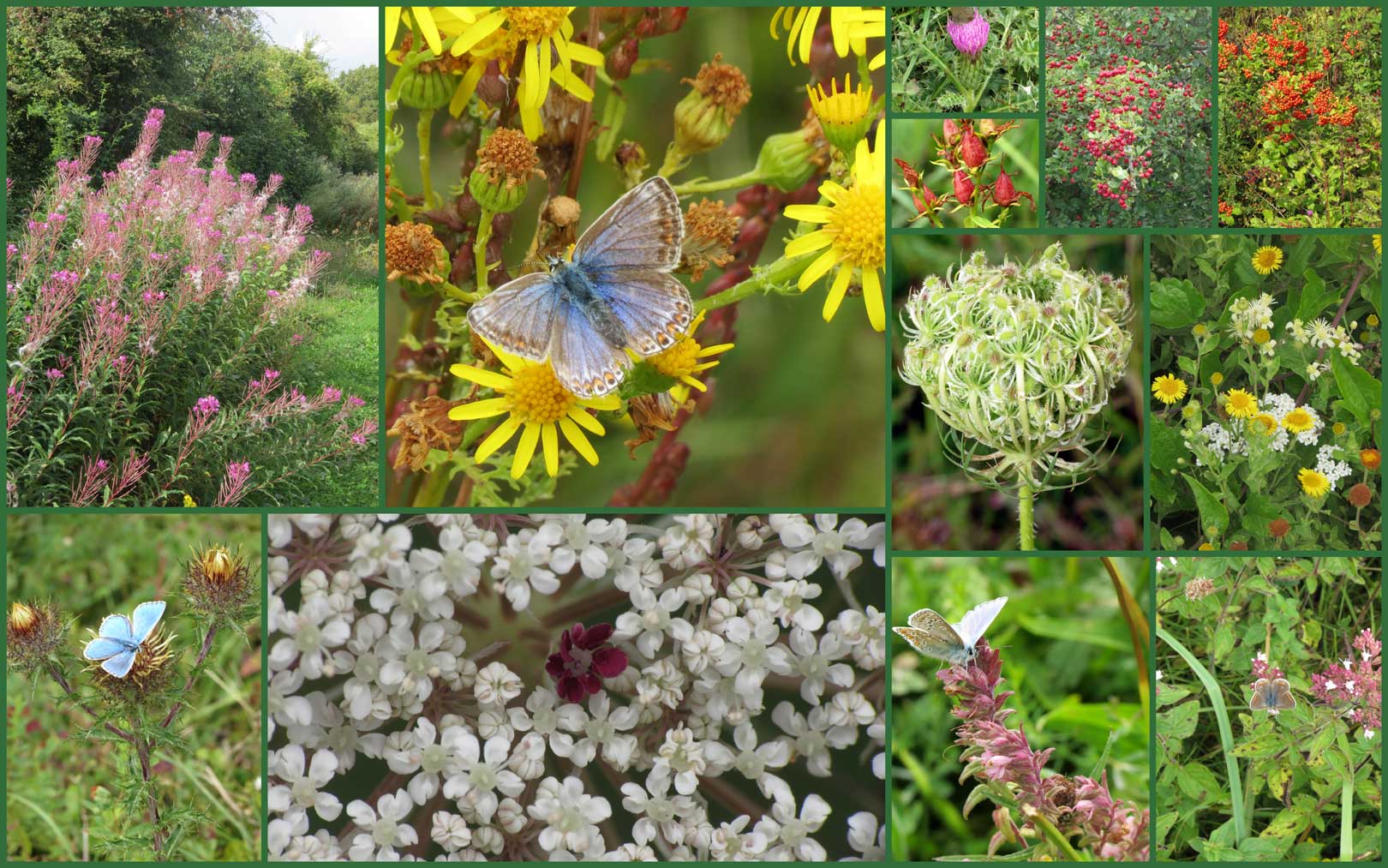 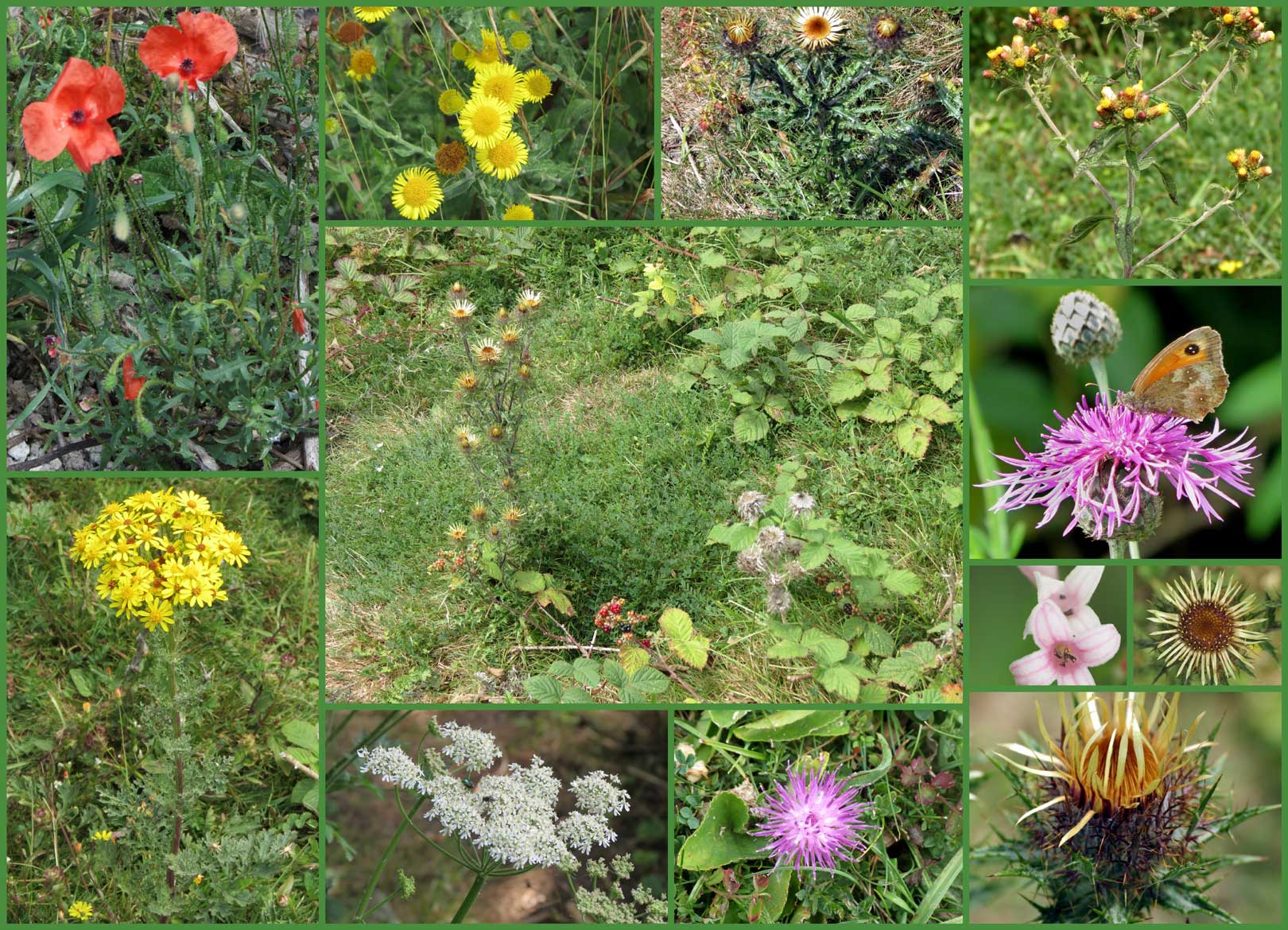 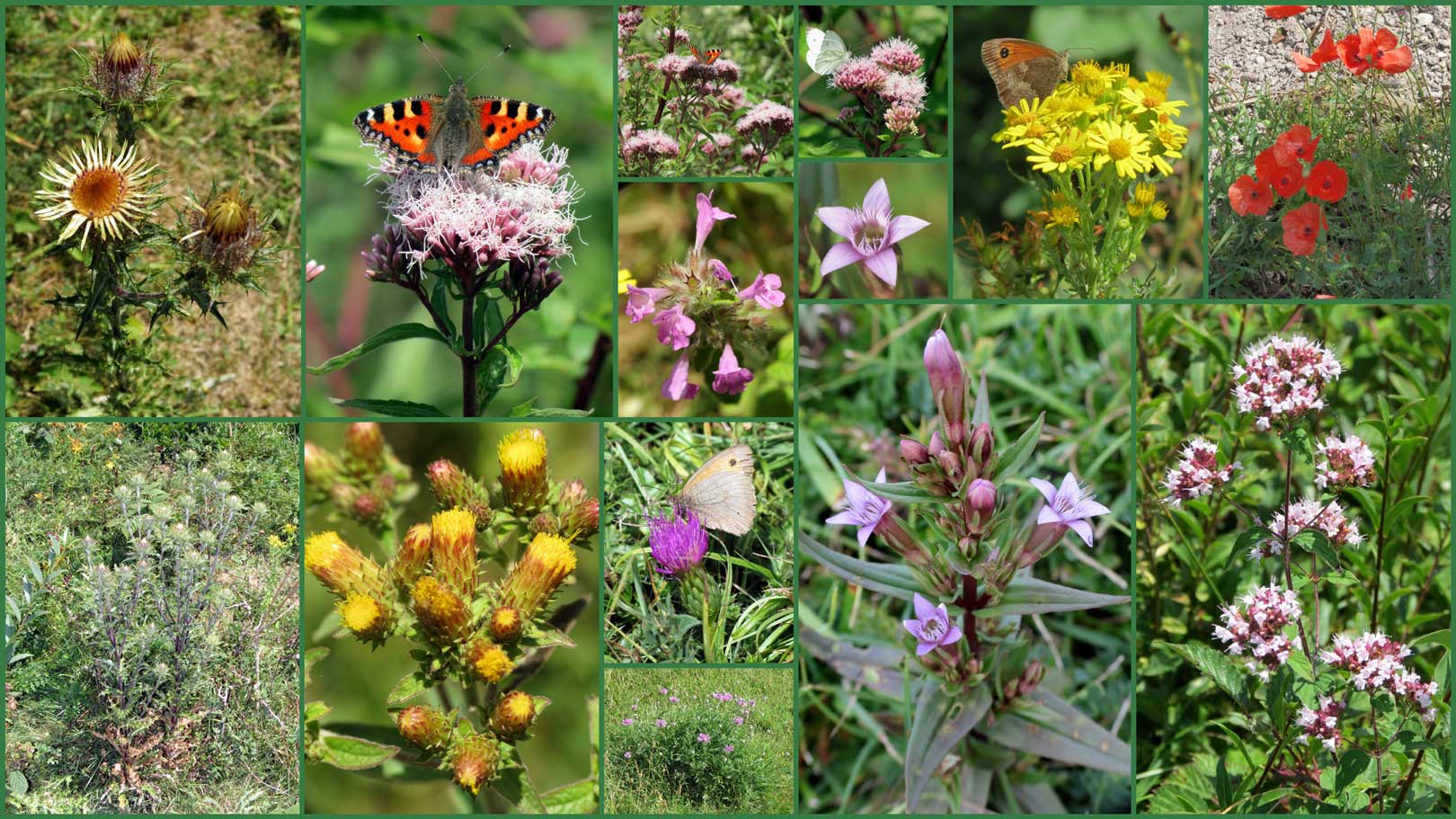 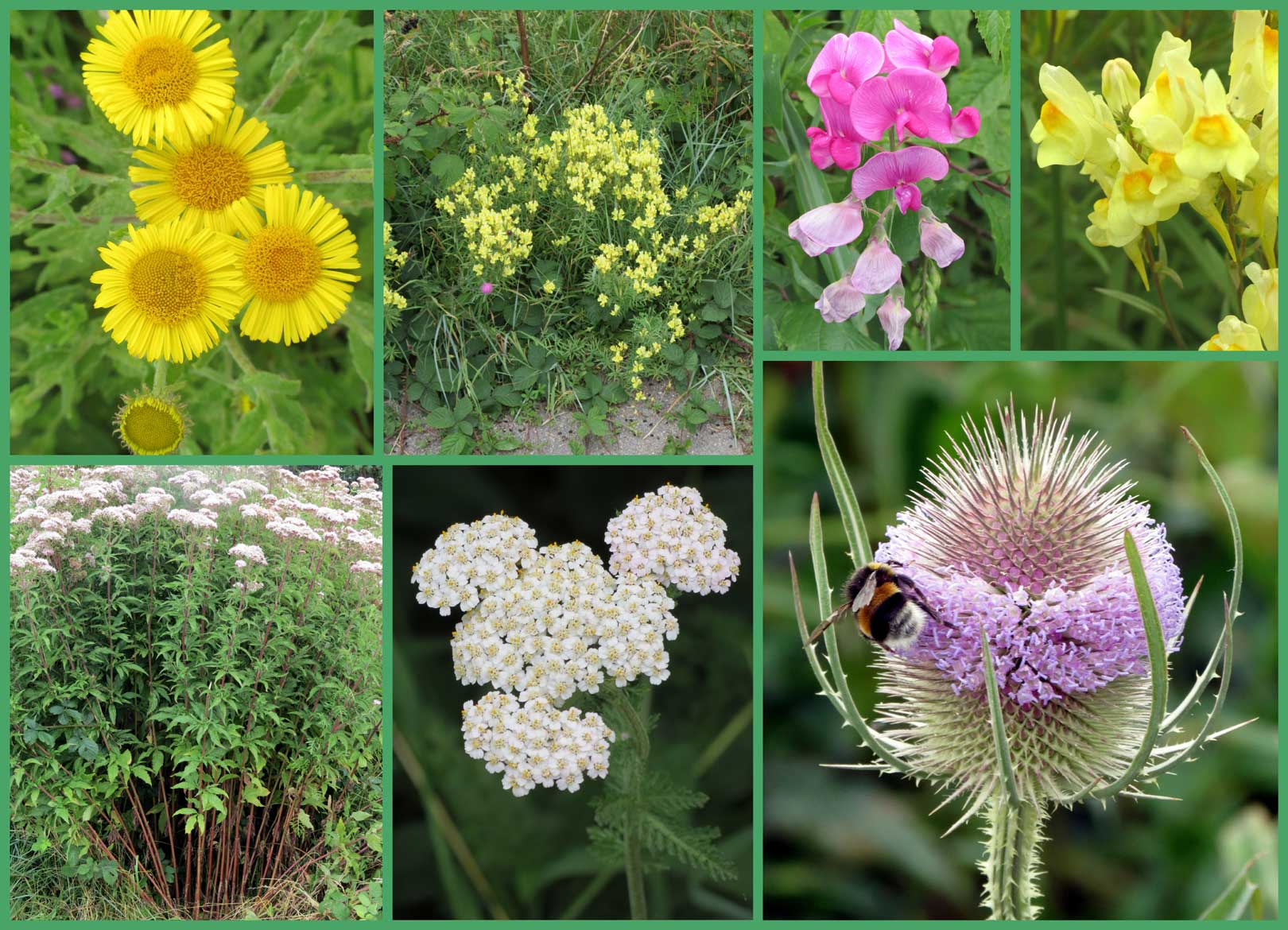 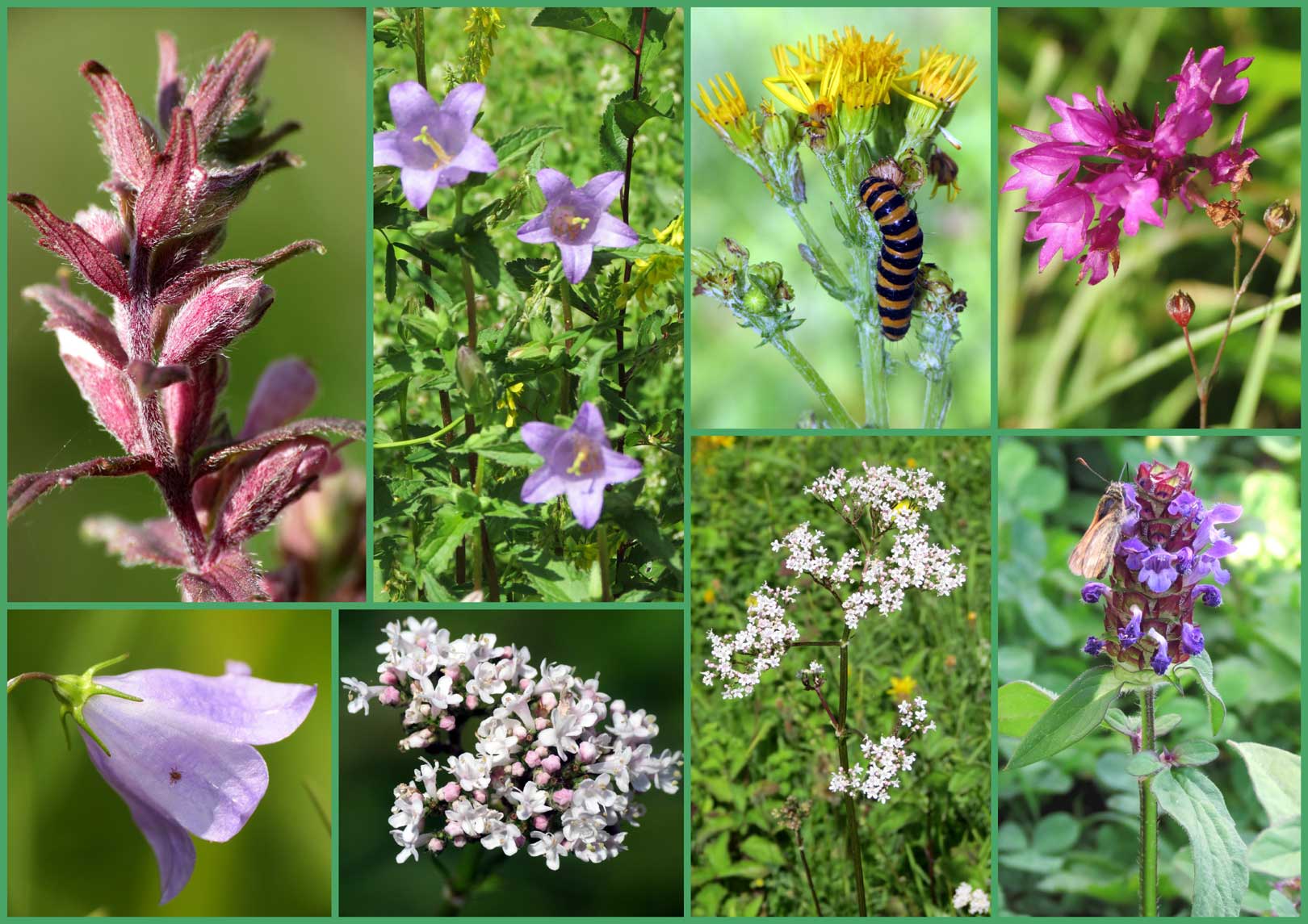 As we have passed mid-summer, many more chalkhill herbs were beginning to flower on Mill Hill, notably Hawkbits, Yellow Wort, Greater Knapweed,  Musk Thistle, Centaury, Small Scabious, Field Scabious, Marjoram, but only the first of Stemless Thistle, Wild Basil, Great Mullein and one budding Round-headed Rampion. Autumn Gentian appeared above the short turf but it was not yet flowering. 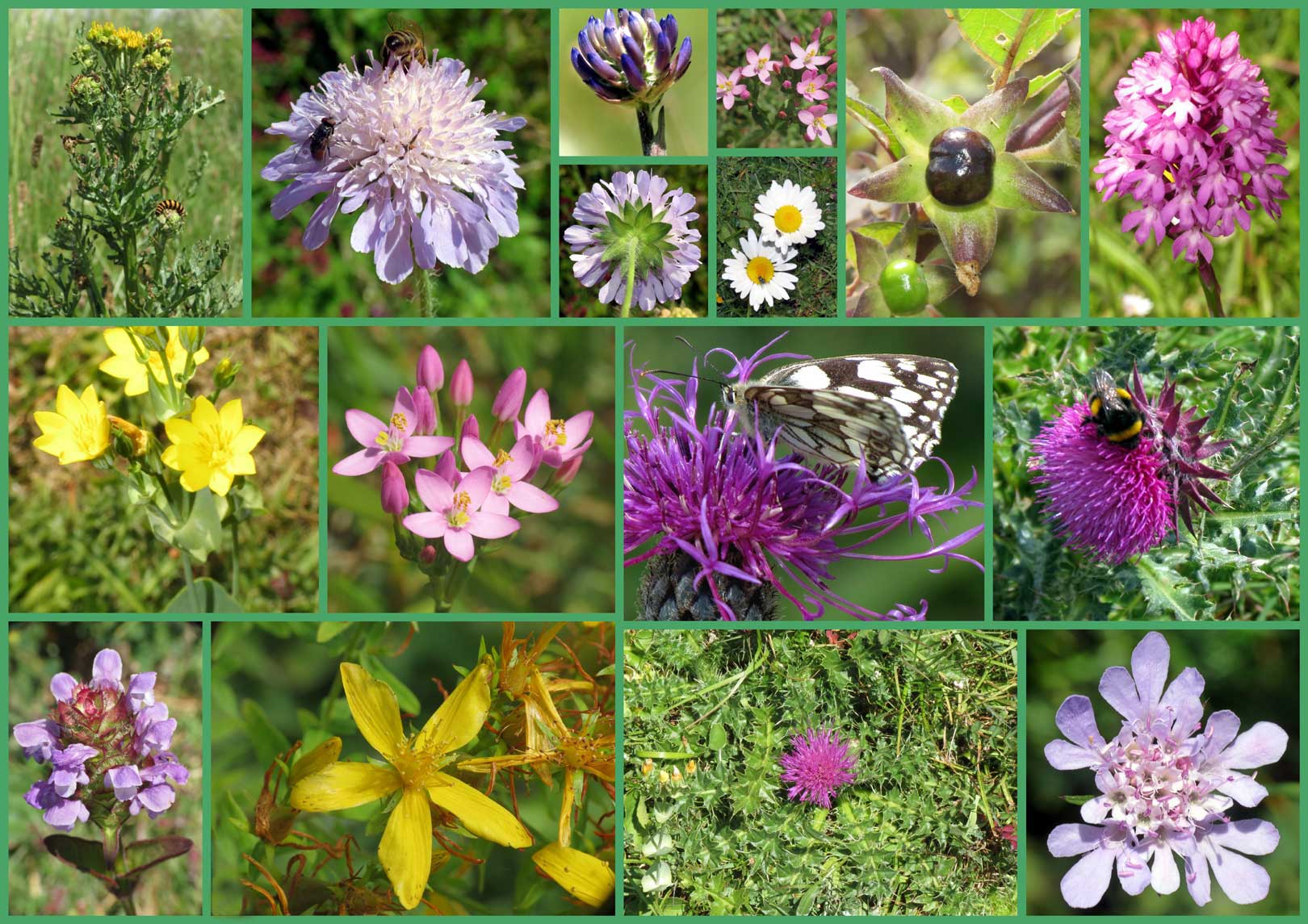 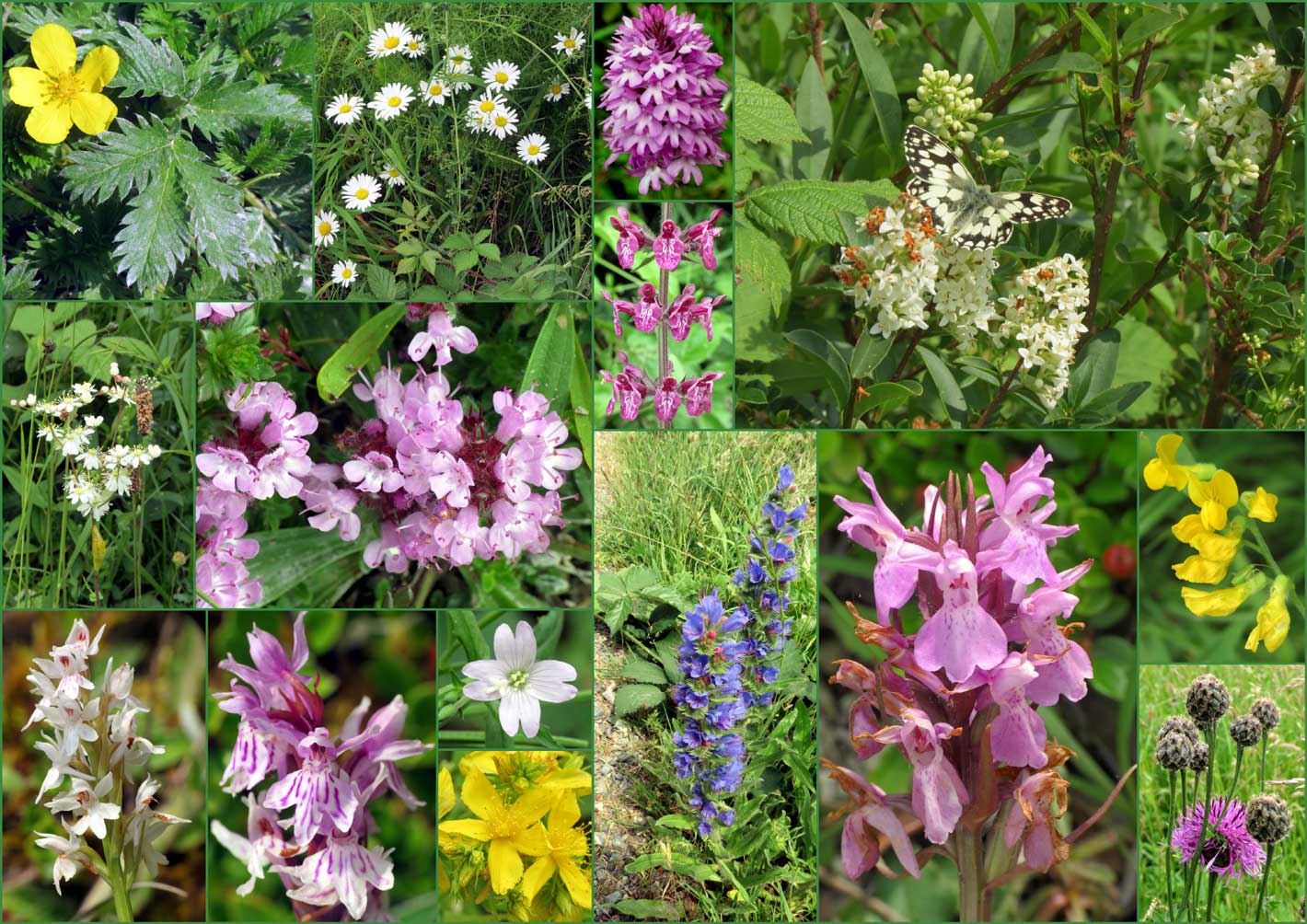 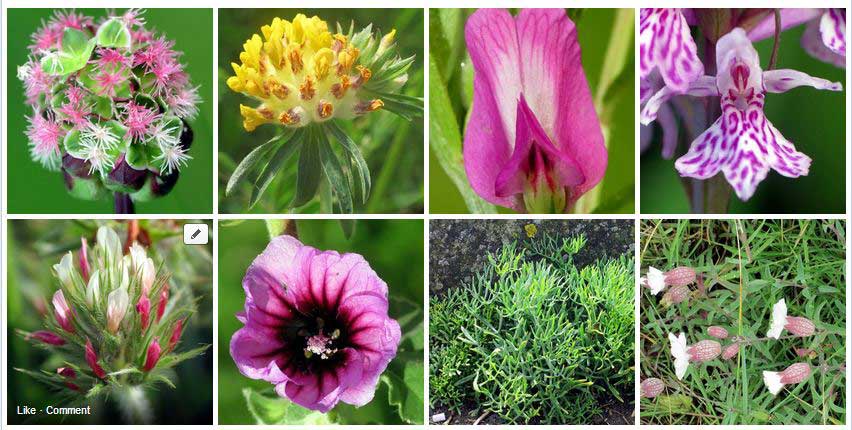 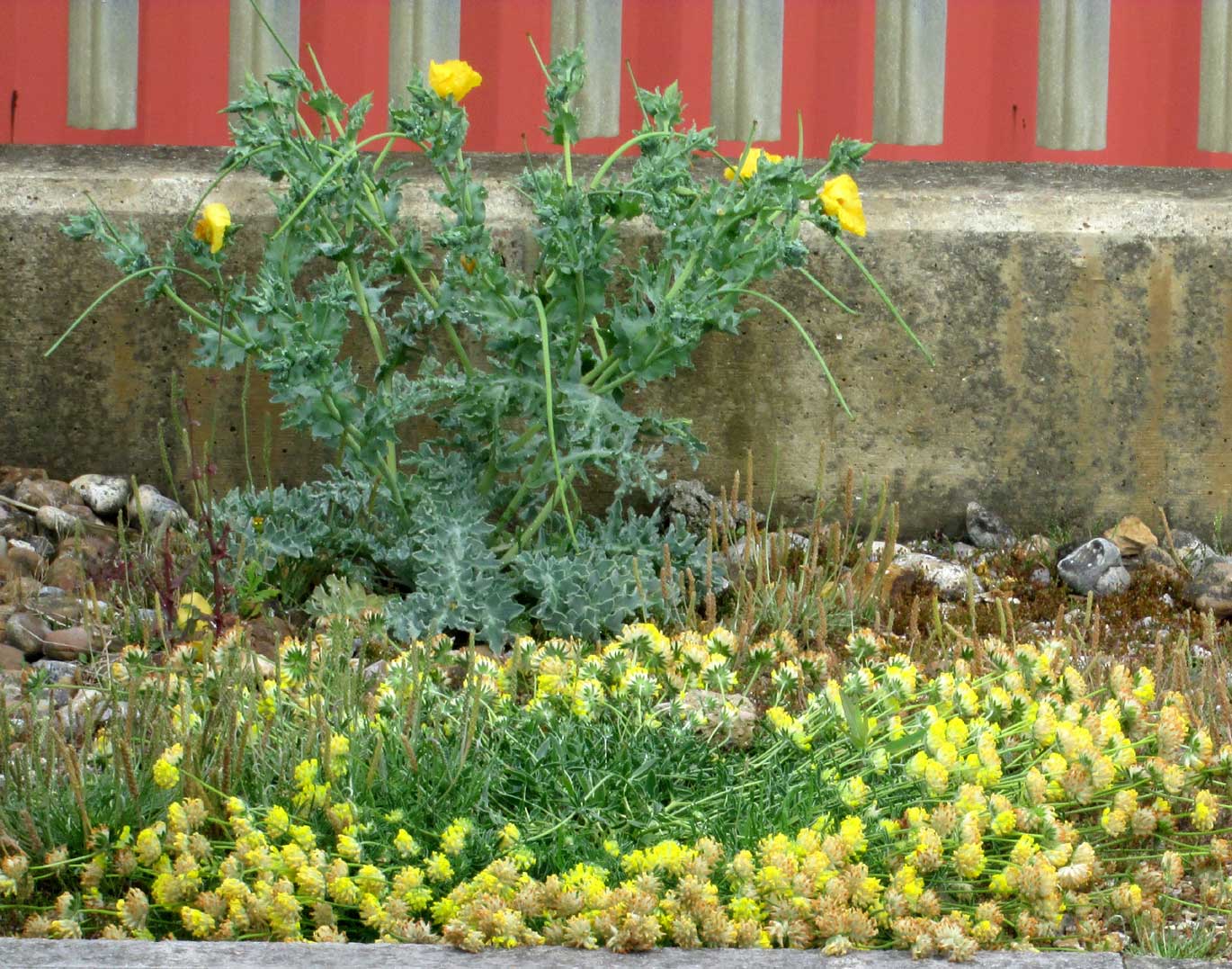 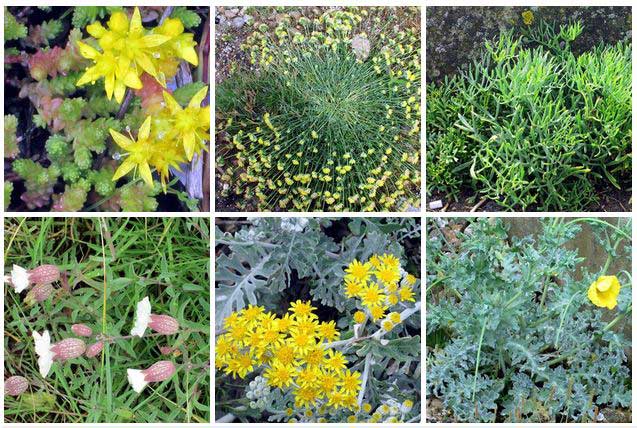 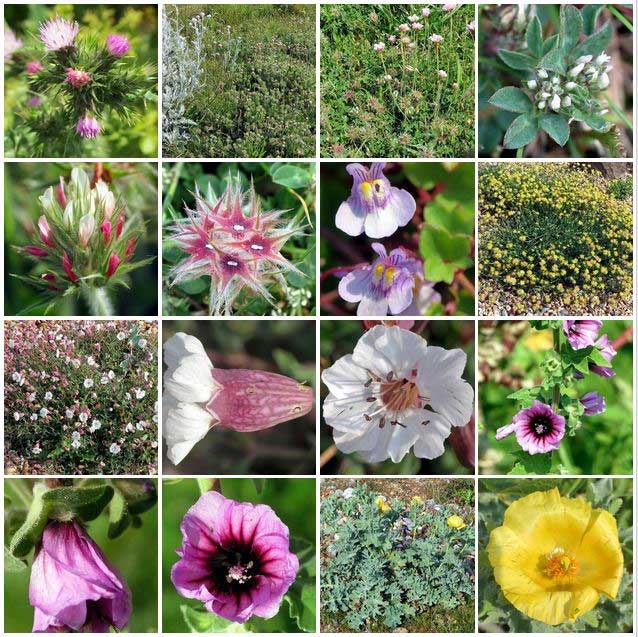 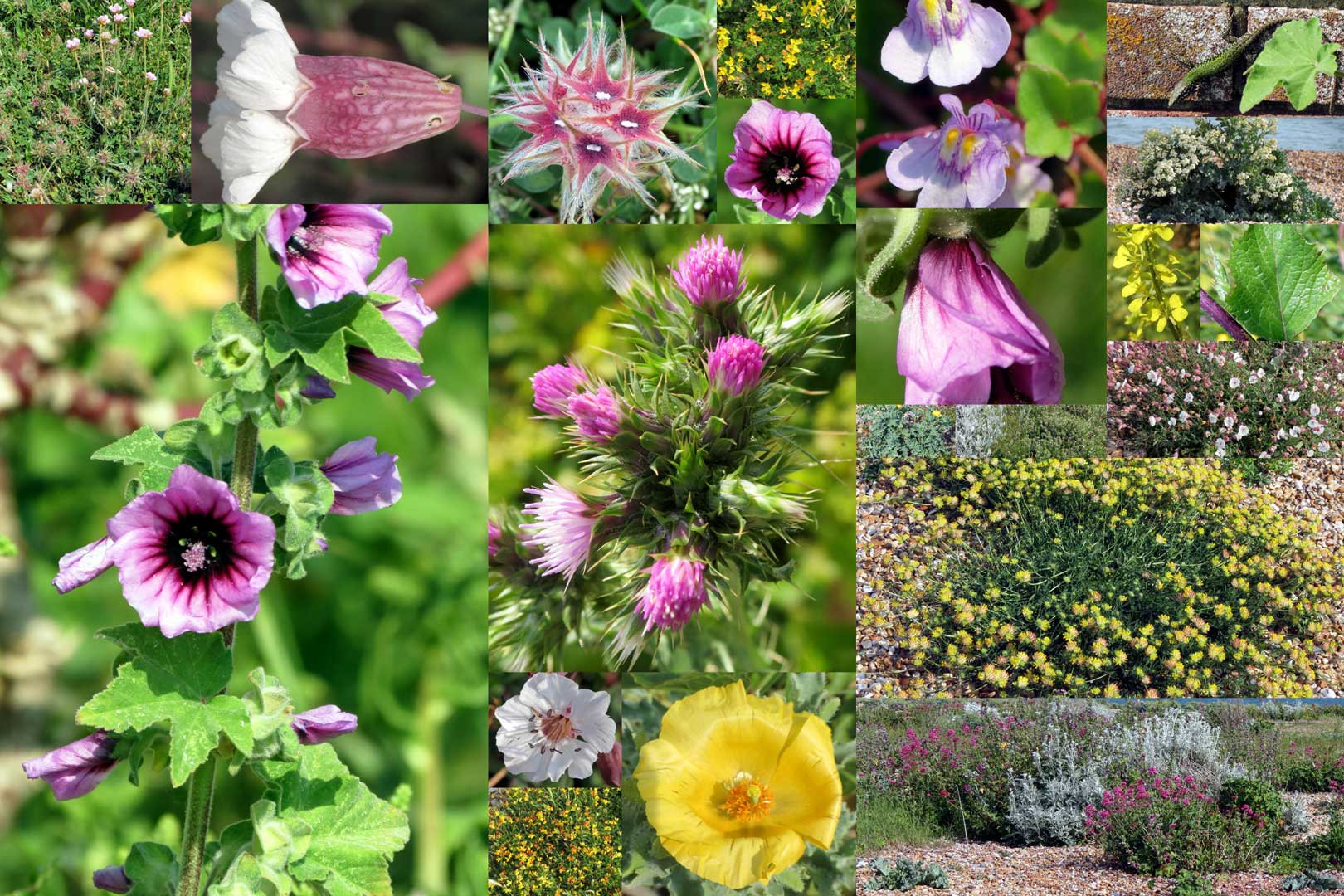 
19 May 2014
Shoreham beach was in bloom. Of most notice were the large amounts of Red Valerian, flowering Sea Kale, swathes of Sea Thrift, clumps of Sea Campion, and the Tree Mallow as I cycled past.

A few Bulbous Buttercups were spotted in flower on the edge of the cyclepath immedately north of Ropetackle on the northern side of the Railway Viaduct. One buttercup flower was visited by about a dozen pollen beetles, Meligethes. 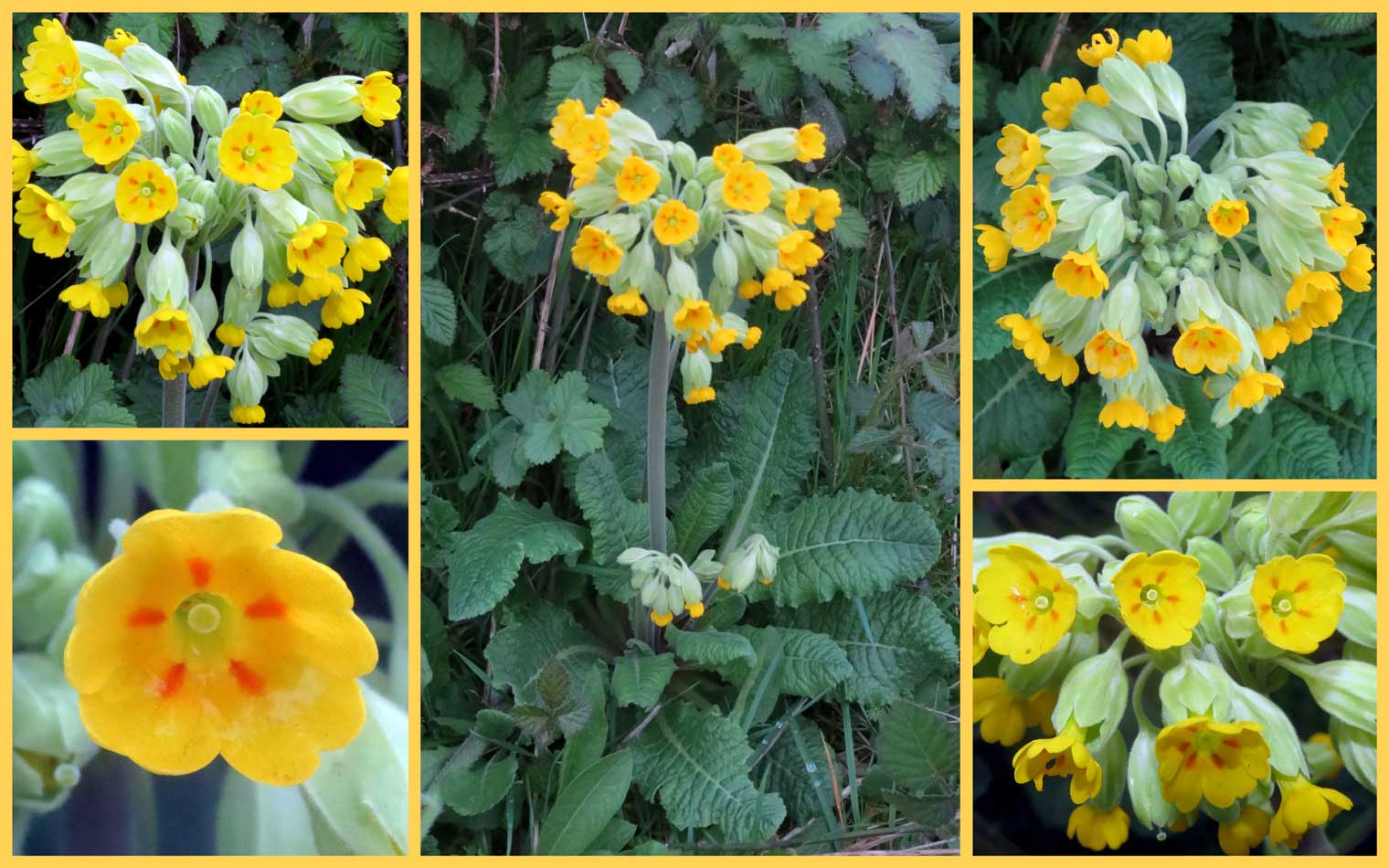 27 February 2014
The first five buds of Lesser Celandine were seen on the road verges at Kingston Buci.

1 January 2014
The first wild flower recorded in 2014 was Dandelion, although a few Buttercups were in flower in my front garden.

British Wild Flowers (photographs of all)

Parts of a Flower

List of the vascular plants of Britain and Ireland