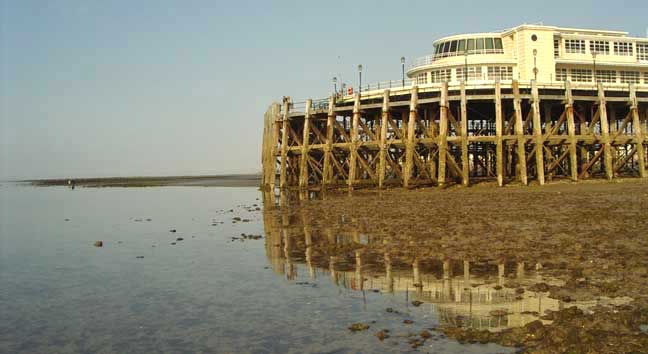 26 September 2003
Under Worthing Pier on the low equinoctial spring tide the fauna was not exceptional but there was plenty of interest, including a red Dahlia Anemone, Urticina felina, over a hundred Snakelocks Anemones, Anemonia viridis, Beadlet Anemones, Actinia equina, and one surprise was a particularly strongly patterned Daisy Anemone, Cereus pedunculatus, a rare occurrence on the shore in Sussex. There were six species of Brachyuran crabs including at least three large Velvet Swimming Crabs, two of them with a major claw missing.