At 10:00 am, at the start of the Adur World Oceans Day, the River Adur that runs through the centre of Shoreham-by-Sea, will be two and a half hours off a high spring tide. 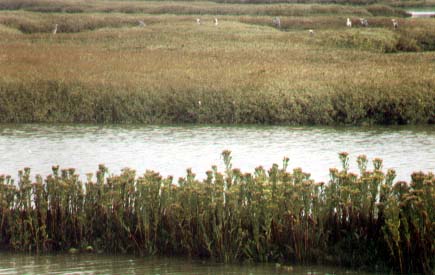 Expanses of mud and green salt marsh vegetation will be exposed on the RSPB Nature Reserve (a Site of Special Site of Scientific Interest). Approaching midday, the tide will lap against the sea walls of Coronation Green and the small boats that rest on the mud when the tide is out will now be afloat.

Coronation Green was created on the site of the old Albion Steam Brewery to mark the crowning of Queen Elizabeth II in 1953. The small green is a short walk away down East Street from the Norman Church of St. Mary de Haura. East Street will be closed to traffic for the day for Adur Festival music and other events.
Refreshments will be available at Coronation Green and in East Street and the High Street. 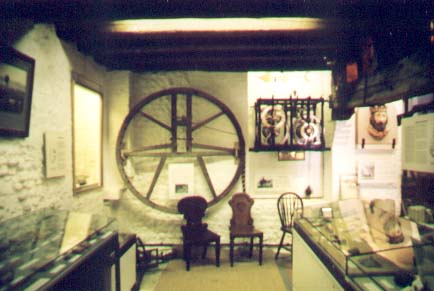 Interior of the Marlipins Museum

The medieval Marlipins Museum, one of the oldest secular buildings in Britain, dates from the 14th century, or before.
It will open to the public on the day.

It is only in winter that the River Adur supports a large population of wading birds. June is a poor month for bird watching before the Egrets and Terns arrive the following month. However, during June the perfume of the shingle plants are at their best. Two small rare plants, the Childing Pink and Starry Clover occur on the shingle.


Education about the Oceans

World Oceans Day is about raising awareness of the worlds oceans and the wildlife that lives in the sea. The Coronation Green Exhibition will allow a supervised hands-on approach of large Lobster and Crabs supplied by the local shellfish firm Monteum Ltd. There will be interactive exhibitions for children and adults as well, and lots of information and photographs. For the serious student, a British Marine Life Study Society display in the Adur Civic Centre will run from 5th  16th June.