During the period to 7th March there were strong westerly (NW & SW) winds combined with a making tide (neap to spring, 7.0 m on 3rd March) The beans picked up in this period were fresh strandings

From 7th - 21st March the tides were neap and the wind had dropped. Most of the beans collected had come in with the combination of strong onshore winds and spring tides and were found on the upper strandlines, left by the earlier high tides

On the 21st of March the wind got up again and we started to find fresh strandings, though in many cases it was difficult to determine whether a bean near the upper strandlines (wed had a high spring tide on 19th) were fresh strandings or washbacks from an earlier tide.

The name bulls eye (as opposed to the more common horse eye) is taken from the local Central American name ojo de buey which means eye of the bull. They are also known as hamburger beans. (A hamburger is bulls eye thats been mashed up, fried and stuck in a bap)

I've included morning glory seeds because though they are grown in this country, they don't produce seeds and it can be assumed that what we find on the strandline is a dispersal and not domestic 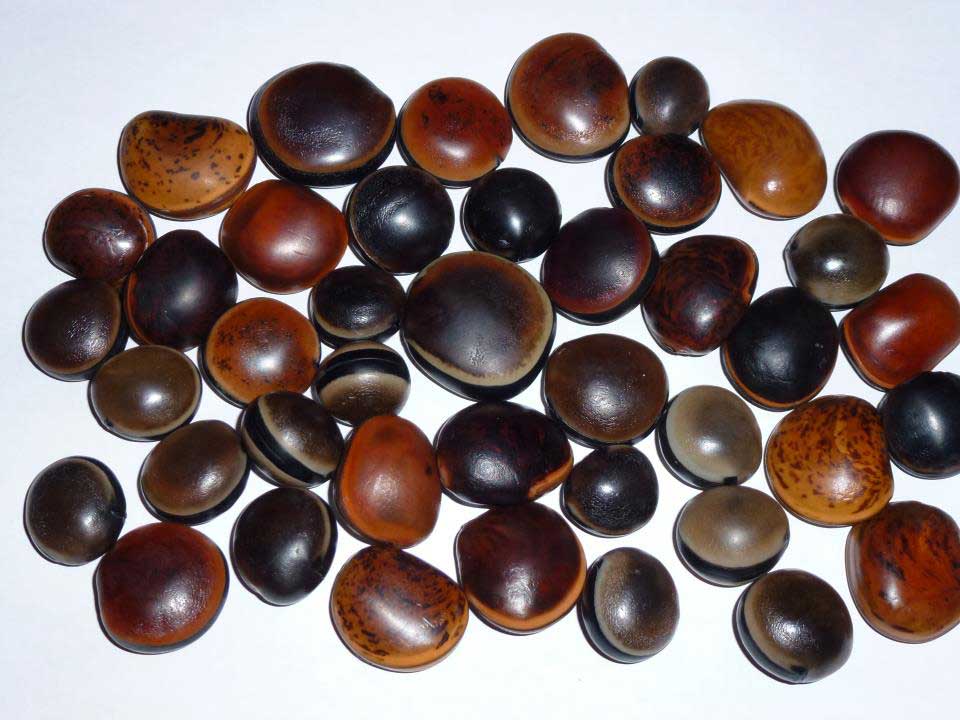 3 February 2002
Joyce Froome and  Jane and Nick Darrke were delighted to find an example of the rare Mary's Bean, or  Crucifixion Bean  so called because of the  indented cross.  Its scientific name if Merremia discoidesperma and a mature plant can reach 30  metres in the tropical rain frosts of America, from which this seed will  have drifted on to Porthcothan Beach (SW 8752 on the north Cornish  coast.  No seed has more folklore than this one which is sometimes chased  in silver and regarded as a talismanic heirloom.