BIODIVERSITY FOR THE AQUARIST & ROCKPOOLER
by Andy Horton

Biodiversity (a portmanteau word) is the word coined by the zoologist E. O. Wilson (Harvard University) to summarise the phrase biological diversity. It encompasses the whole range of variation in living organisms: genetic variation, species variation and ecosystem variation. Simply, it means the variety of life1.

What does it mean?

I think the best way to put biodiversity in perspective is to contrast it with its diametric monoculture, which means cultivating a single crop, usually for the best economic yield. Agriculture, the very basis of human civilisation, involves the growing of the best yielding crops and the rearing and breeding of animals, and can only be seen as ordering and manipulating the natural order for the benefit of mankind. This involves growing the most useful crops and weeding out the ones that do not have any obvious tangible assets.

In the modern agri-business of today the tendency is towards the most efficient yield from the land. This often means the choice of a single crop, together with the use of vast amounts of pesticides and herbicides, turning the countryside into an industrial process.

The biodiversity initiative is at the opposite end of the scale. In June 1992, the UK Prime Minister John Major, and over 150 other Heads of States signed the Convention on Biological Diversity at Rio de Janeiro. At the same Convention, they chose 5th June each year as WORLD ENVIRONMENT DAY. They did so to express a shared belief that action must be taken to halt the worldwide loss of animal and plant species and genetic resources.

The UK Government has drawn up a list of principles and objectives, and has published an Action Plan. The emphasis is on the conservation of important wildlife habitats, including those that contain rare and endangered species.

To put it into terms that are relevant to aquarists, we can apply monoculture to the fish farming which supplies the aquarist trade with the fish we want to keep in our tanks and ponds at a price we can afford. A fish farmer managing a pond to stock the economic fish the fish farmer can exclude predatory fish like the Pike and aerial predators like Cormorants and Herons, but also important are the small, dull or otherwise unwanted inhabitants of the pond that are of no interest to fish farmer. If the worthless  fish are not eaten by the farmed fish, the best economic policy would be to weed them out, if this is possible. This will, of course, reduce the variety of species (biodiversity) in the pool.

Successful husbandry of fish in pools has been going on for centuries; one of the first fish to be reared in special pools was the Carp. But there is one problem that goes to the very nature of the biodiversity-monoculture continuum, and this is disease and other natural hazards. As every aquarist should be aware, a single disease specific to one species of fish could wipe out the whole population of a pond or aquarium. In a monoculture the devastation is likely to be disastrous and the pond may become devoid of most of its larger life. In a biodiverse pool, an outbreak of disease is seen as just one of those inevitable changes, and may allow the other fish an opportunity to take an advantage of the new niches2 available.

A biodiverse pond could be seen as a healthy habitat able to withstand and recover from the vagaries of natural disaster. Alternatively, the fish farmer could see it as a pond full of weedy fish, and in need of improvement. I hope there is room for both views. 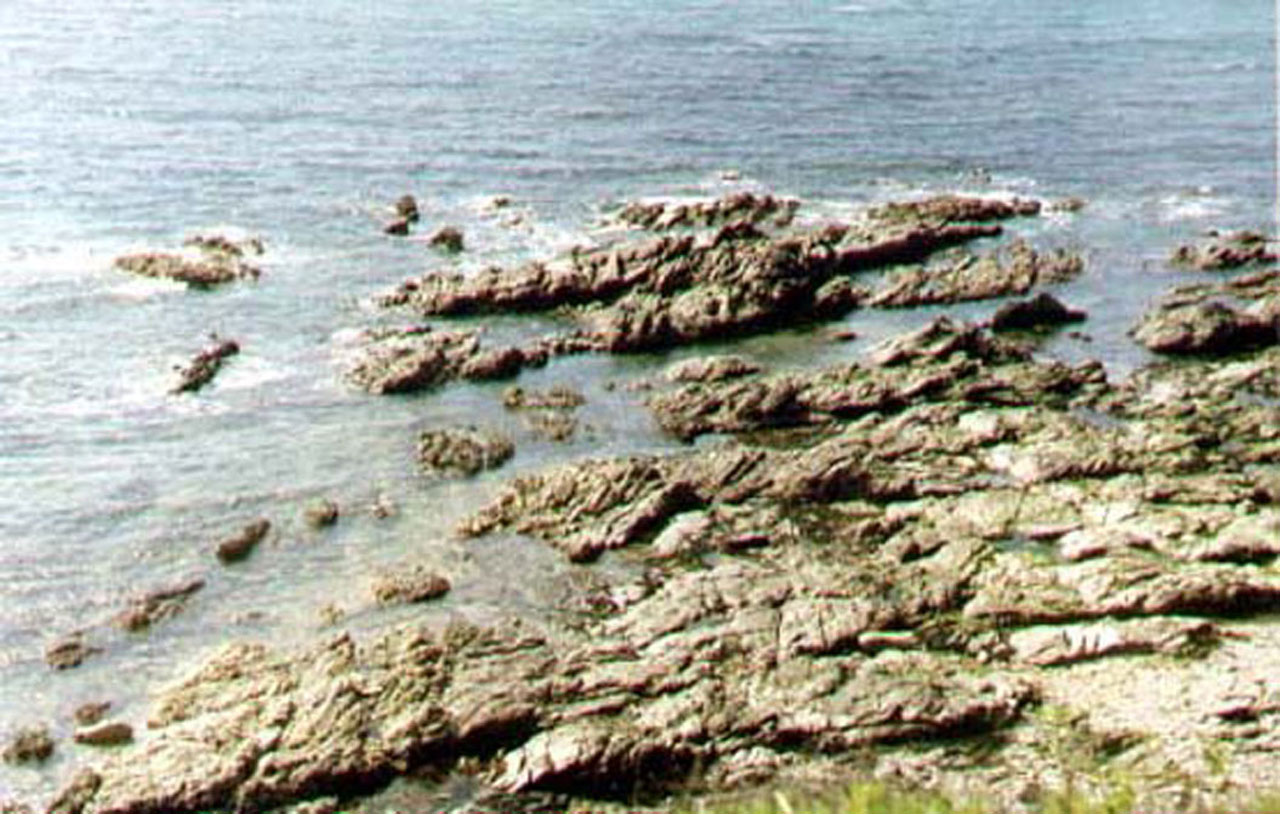 In Britain where genuine wild habitats are rare, the seashore provides an accessible example of an authentic wild world. Rocky shores prove to be the most interesting, and it is their great biodiversity that makes them so. For the budding zoologist the seashore is the best possible place to begin his, or her, study. Representatives of all the major invertebrate phyla (major evolutionary groups) can be found at low tide. Echinoderms, represented by starfish and sea urchins, are animals that will only be discovered in the sea and in pools. Other groups include the sea anemones and corals that have not adapted to lower salinities, and the crustaceans that are much more prevalent in the sea. It is also interesting for the aquarist because there are far more small fish than in fresh water, as well as crabs, prawns, sea anemones and other colourful invertebrates.

Mussels, cockles, winkles, prawns and shrimps are prevalent and can all be collected with the minimum of equipment at low tide. Man was gleaning this harvest even before he fashioned stone tools. Together with seaweeds, these shellfish are often the dominant life on rocky shores that are not exposed to the full wrath of the Atlantic. On the well populated British coast the numbers of the molluscs can be reduced by overcollection; the once abundant oyster populations have been decimated. However, this does not affect the productivity of the seashore zone, where almost all the nutrients come from the sea. If the winkles or limpets are removed by collection or oil pollution the result is a burst of seaweed growth until these algae grazers return to their previous populations. Change occurs, but the biodiverse habitat will recover after time, if allowed to do so.

"The moral and aesthetic reasons for conserving biodiversity are less tangible but of great importance. We conserve species and habitats because they are beautiful or because they otherwise enrich our lives. The culture of a nation is closely allied to its landscapes and wildlife. The moral argument adds to this perspective the view that we should hand on to the next generation an environment no less rich than the one we ourselves inherited. We believe that a culture which encourages respect for wildlife and landscapes is preferable to one that does not3".

1The fundamental biological unit for an organism is the species. However, biodiversity will include collections of species in eco-systems, species variations sometimes allocated as sub-species, and genetic variations (natural and man-made) etc. Also behavioural characteristics must qualify as biodiversity, e.g. monogamous pairings of the Grey Seal instead of the usual harems on the rookeries. I would be interested to hear of other examples.

Article 2 of the Biological Convention defines biological diversity to mean:

"The variability among living organisms from all sources, inter alia, terrestrial, marine and other aquatic ecosystems and ecological complexes of which they are part; this includes diversity within species, between species and of ecosystems"

Three levels of biodiversity are apparent from this definition:

a) diversity between and within ecosystems and habitats;
b) diversity of species, and
c) genetic variation within individual species.

2The Niche is an important concept in biology, including fishkeeping. It is different from a habitat, which may be shared by other organisms. It is limited by various parameters (e.g. physical space, water temperature) in which the organism can exist. The fundamental needs of the fish or invertebrate have to be realised by the aquarist. This is providing a niche. A habitat is comprised of many different niches, some of them overlapping. 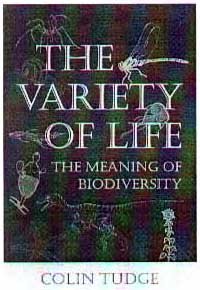 The Variety of Life: A Survey and a Celebration of all the Creatures that have ever lived, by Colin Tudge


A magnificently illustrated, highly readable and authoritative account and reference source of all creatures, alive and extinct. How is it possible to summarise such a huge number? By classification: the book does not of course describe every single species, but it does show all principal groups to which all living things belong.  Far from being a dull pursuit, the modern craft and science of classification takes us into some of the most intriguing and intricate areas  of biological philosophy and technique, in which new studies of extraordinary fossils and of DNA plucked from the wild all play their part. We are entering a new phase of biology in which, for the first time, biologists can feel reasonably confident that they now have an insight into life's true diversity, and that they have the methods required to keep track of it. The Variety of Life heralds this new phase. Here is the book that everyone who is interested in living things must own, from general readers to professional biologists.


Lavishly illustrated - 2 colour throughout, with over 550 illustrations The latest version of the Pacific Institute's online bibliography on climate change (defined herein as global warming or ozone depletion) impacts on biodiversity is now available, with over 400 citations added since the last instalment was posted in August. The bibliography can be found at: http://www.pacinst.org/wildlife.html
5th June is WORLD ENVIRONMENT DAY declared at the Earth Summit in Rio de Janeiro in 1992.