FRANK BUCKLAND AND THE BUCKLAND FOUNDATION

For an updated web page, please go to:
http://www.scotfishmuseum.org/buckland-professors-and-lectures

His success increased demands upon him as a writer and lecturer and he resigned his Commission in 1863. He had become interested in fish culture, then regarded simply as the rearing of fish from the egg, and an exhibit he had in the office-window on The Strand in London of The Field magazine proved to be so popular on occasion that it stopped the traffic of the day. He gave a successful lecture on the subject in 1863 at the Royal Institution, subsequently published as Fish Hatching, and was struck by the intense interest that it aroused. One consequence of it was that he was permitted to set up a small display of fish hatching at the South Kensington Museum, the forerunner of the Science Museum, and by 1865 had collected there a range of exhibits which were to form the nucleus of his Museum of Economic Fish Culture. This aimed to inform the public about the fish and fisheries of the British Isles and for the rest of his life he laboured, in part, to develop this display. At about the same time he took office as a Salmon Inspector (1867) and also set up Land and Water in opposition to The Field after falling out with its Editor.

Britains growing population in the last century created many problems of food supply. The sea fisheries offered a cheap source of abundant first class protein and, as a result of the latent demand and the growth of railways, the North Sea fisheries grew spectacularly. Little was known about sea fish: no statistics of fish landings were available, at least in England, and there was little formal research. Buckland sat on four Commissions that looked at Fish and Fishing between 1875 and his death in 1880. In the same period a number of public fisheries exhibitions were held abroad and he tirelessly pressed for something similar to be staged in the United Kingdom. At all times he was concerned to explain, to teach and, most particularly, to make the general public aware of the importance of the fisheries and the need to protect and develop this great national asset. "Bucklands voice", says Geoffrey Burgess, his most recent biographer, "remains the only one consistently calling for research into fishery problems, publicising the activities of the industry, drawing attention to the national importance of fish in the diet, and acting as a focus for those in the industry and elsewhere who were interested and concerned about its proper commercial development." Something of the flavour of his views are given by the following quotations from his reports and articles.

Frank Buckland died in December 1880. A few days before his death he signed his will. His wife was to have a life interest in his estate but on her death £5,000 would be used to establish a trust fund to support a professorship of Economic Fish Culture, to be called The Buckland Professorship. The money became available in 1925 and in 1930 the first Buckland Lectures were given. It is clear that Frank Buckland intended the term Fish Culture to be widely interpreted and to cover much more than fish hatching and the rearing of fry. 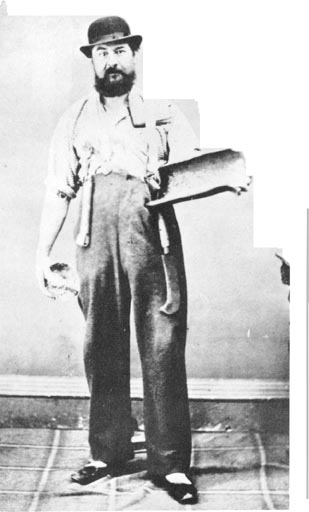 Trustees down the years have sought to ensure that the lectures have always been timely, important of value to those who depend for their livelihood on some aspect of fish and fishing as well as being of general interest. Each of the three Trustees holds office for a five year period and the day-to-day business of the Foundation is managed by its Clerk. In the Spring of each year there is a meeting of the Trustees at which the subject and the Buckland Professor for the following year is chosen. Once the nominee has accepted the invitation to hold the office of Buckland Professor for a calendar year he or she also accepts the responsibility for producing a text and giving at least three lectures at venues that provide the closest possible link with the area of fish and fishing being examined. 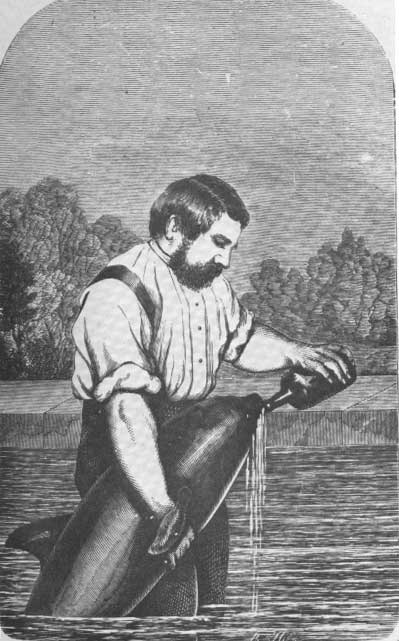 The Trustees hope that by continuing to keep alive, via the means willed to them by Frank Buckland himself, the memory of a man who dedicated his life to the improvement of the commercial fisheries of the British Isles they are helping, in their turn, to improve peoples understanding of problems in the present commercial fisheries.

1933 The Natural History of the Herring in the Southern

1934 The Hake and the Hake Fishery C.F Hickling

1938 Hydrography in Relation to Fisheries J.B.Tait

1939 Rational Fishing of the Cod in the North Sea M.Graham

1947 The Stock of Salmon, its Migrations, Preservation and Improvement W.J.Menzies

for Regulating Fisheries, their achievements so far,

and prospects for the future R.J.H.Beverton

1961 The Stocks of Whales N.A.Mackintosh

1964 Developments in the Handling and Processing of Fish G.H.O.Burgess

1967 The Artificial cultivation of Shellfish P.R.Walne

1969 Ocean Currents and their Influence on Fisheries A.J.Lee

1970 Fish, Nets and Men - An Underwater Approach to

1974 Exploitation of the Salmon Stocks K.A.Pyefinch

1977 The Edible Crab and its Fishery E.Edwards

1980 Scallop and Queen Fisheries in the British Isles J.Mason

1991 The Common Fisheries Policy: Past, Present and Future M.J.Holden

1996 Protecting the seas: using science for a better environment J.S.Gray

1997 Global Change in the Coastal Zone - Implications for Fisheries P.Holligan

1998 The Deep Ocean: Use and Misuse M Angel
Sustainable Use of the Open Oceans: Waste Disposal  by Martin V. Angel


Land & Water.  Copies are bound and can be found at the Science Museum Library.
Text of David Griffith's 1999 Open Lecture (on the evolution of ICES)
http://www.ices.dk/asc/1999/open/


Most of the lectures have been published in book form and are still in print. For more information as to their availability please contact John Ramster, Clerk to the Buckland Foundation, 3 Woodside Avenue, Bridge of Weir, PA11 3PQ.