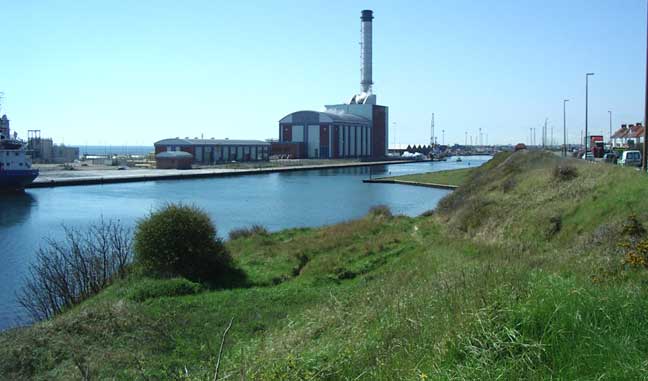 14 April 2004
Small White Butterflies and Small Tortoiseshell Butterflies fluttered on a sunny day with a blue sky and scarcely a wisp of cloud, the air temperature reached 19.1 ºC at 1:34 pm. These butterflies were in their ones and twos over the gardens, but were most noted down of the green open wharfage space at Fishersgate opposite Shoreham Harbour Power Station.

In the enclosed canal the ripples on the surface of the shallows were caused by shoals of small Sand Smelt, Atherina presbyter, numbering over a hundred with a handful of slightly larger juvenile (first year) Grey Mullet, Chelon labrosus, as well. The largest fish was a mere 70 mm long and most were much smaller than this.

The Japweed, Sargassum muticum, was seen again a a fouling organism attached to the wharfage. Scraping off the weeds periodically seems to made the situtation worse as this foreign alga is a early invader on bare sites.
BMLSS Algae

Broom and Gorse were on the steep bank where the footpath meanders down from Fishersgate to canalside. The Broom was only beginning to flower.
NB: Broom, Cytisus sp., the native one is Cytisus scoparius which flowers in May and June. Cytisus praecox is early flowering popular garden variety. 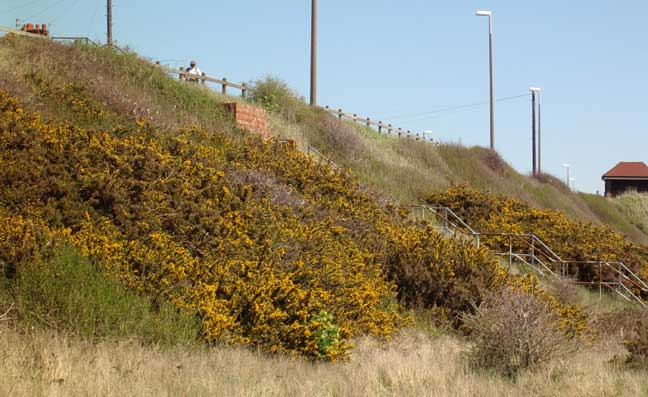