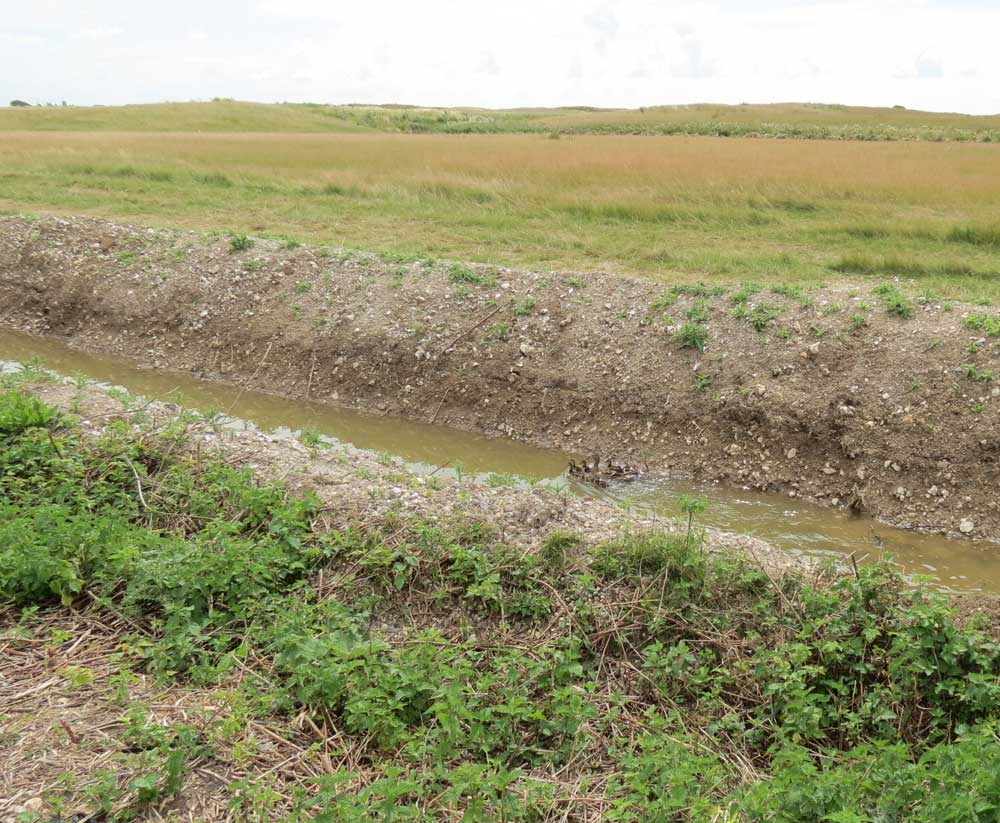 The ditch has been recently constructed and filled with water after the recent rain. It has always been an area that flooded regularly in winter.

2 May 2012
A male Hen Harrier, Circus cyaneus, made an impressive display when it visited the open space over New Monks Farm, Lancing.

Hen Harrier
(Click on the image to view the video)

"It stayed for about an hour, constantly diving down, presumably after mice or other small animals. It attracted quite a large flock of gulls and crows that were trying to mob it, although it didnt seem too concerned."
The display was captured on a video film. This bird of prey is a scarce (winter visitor and passage migrant) visitor to Sussex.

The photograph (above) shows the gulls settling on the flooded New Monks Farm (private land) at the northern end just west of Withy Gap.

The low lying land to the north-west of New Monks Farm was flooded after the recent rain.

Most of this Private Property is now closed off to the public for dumping of piles of soil and building rubble.

15 January 2007
I took a walk across the fields to the west of Shoreham Airport (New Monks Farm) in the afternoon in the glorious winter sunshine and managed to get a reasonable photograph of a beautiful Short-eared Owl doing the rounds along the drainage ditches. I also caught sight of one of the Barn Owls hunting close to the airport.
Excellent Photograph