The meetings covered a very wide range of  subjects and species during the two days, with experts and non-experts covering a wide range of  disciplines and who were will to answer any question you might have.
I started to talk to the person next to me and discovered he was also a BMLSS member Andy ----, who was at the Saturday meeting and  liked Davy Holt's talk on the giant skate tagging off Oban Scotland as it was more down to earth and not to scientific.
It is expensive at £30.00 per day but having  the opportunity to listen and be able to speak to so many experts in my opinion was worth the expends.
The price included a ticket for the London Aquarium which was very large, with two enormous marine tanks ( well over 1,000,000 litres in capacity each). One contained 3 very large tropical sharks and a large number of fish,  the other was the Atlantic Ocean tank which contained some smaller shark species and plenty of fish, plus a wide range of tanks for many other groups and species of fish.
The main reason is to support the Shark Trust for the importance of the sharks in keeping the seas and oceans clean of weak and dying fish and free from desease is of the utmost importance to the well being of our planet. They need as much protection as can be provided by us as a nation and world wide help is also very important.

A Field Guide to the Sharks of British Coastal Waters 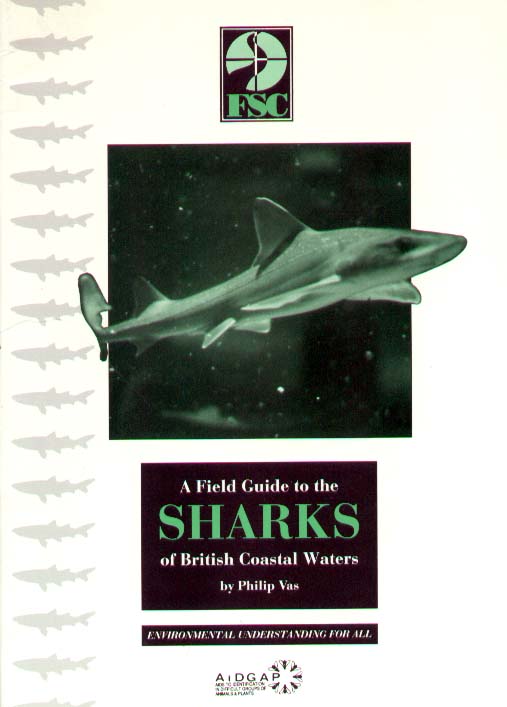