This is an important and interesting publication for the serious biologist; a multimedia guide to the
5 kingdoms which are divided into 92 phyla.
NB. It does not go down to the genera and species (the names for individual animals); it is an introduction to
the major groups.

The BMLSS have adopted these classifications at  phylum level. All the phyla are described in detail with a
useful glossary of the important biological terms, e.g. "budding: asexual reproduction by outgrowth of a bud
from a parent cell or body", and "parthenogenesis: development of an unfertilized egg into an organism".

This CD-ROM is designed for professional biologists, but it would certainly be valuable for students to have
a look at this, so it should be in University and Public Libraries. The extensive references tend to be
American centred. There are moving images and musical introductions on some subjects.

The CD-ROM works both under Windows 3.1 and Windows 95 and on Apple Mackintosh computers.

The BMLSS will not be duplicating information on this disc on any of our planned electronic publications as
we really could not improve on the descriptions of the characteristics of each phylum.

However, I appreciate that expensive computer equipment and CD-ROMs are not within the budget of all
our members. Details of the animal phyla are described in many text books, e.g. Philips Atlas of the Oceans
by John Pernetta (Reed International 1994).

The Variety of Life: A Survey and a Celebration of all the Creatures that have ever lived, by Colin Tudge


A magnificently illustrated, highly readable and authoritative account and reference source of all creatures, alive and extinct. How is it possible to summarise such a huge number? By classification: the book does not of course describe every single species, but it does show all principal groups to which all living things belong.  Far from being a dull pursuit, the modern craft and science of classification takes us into some of the most intriguing and intricate areas  of biological philosophy and technique, in which new studies of extraordinary fossils and of DNA plucked from the wild all play their part. We are entering a new phase of biology in which, for the first time, biologists can feel reasonably confident that they now have an insight into life's true diversity, and that they have the methods required to keep track of it. The Variety of Life heralds this new phase. Here is the book that everyone who is interested in living things must own, from general readers to professional biologists.


Over 550 illustrations, but no colour photographs.

The phylogenic trees and strong emphasis on classification are recommended.
Brief Review 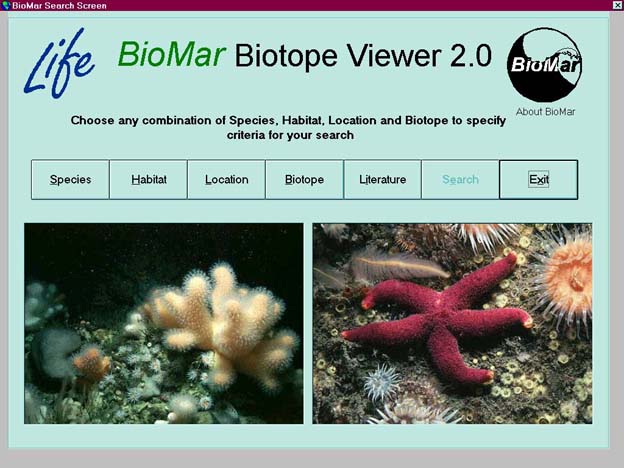 THE SPECIES DIRECTORY OF THE MARINE FAUNA AND FLORA OF THE BRITISH ISLES AND SURROUNDING SEAS.
Edited by C. Howson and B. Picton
Ulster Museum & the Marine Conservation Society 1997.
About £27.50 (including CD-ROM 1999)

Taxonomy
"Nuts and Bolts" of Taxonomy and Classification

PALAEOS:  TRACE OF LIFE ON EARTH