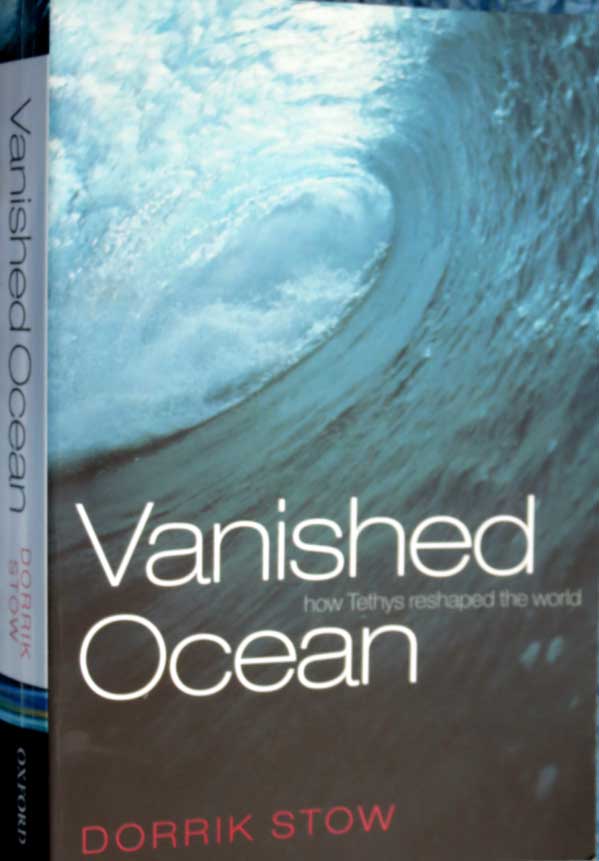 
This is a book about an ocean that vanished six million years ago: the ocean of Tethys, named after a Greek sea nymph.  The oceans are important to climate and environment, and therefore to life on Earth. The story of Tethys is also a story of extinctions, and floods, and extraordinary episodes such as the virtual drying up of the Mediterranean, before being filled again by a dramatic cascade of water over the straits of Gibraltar. 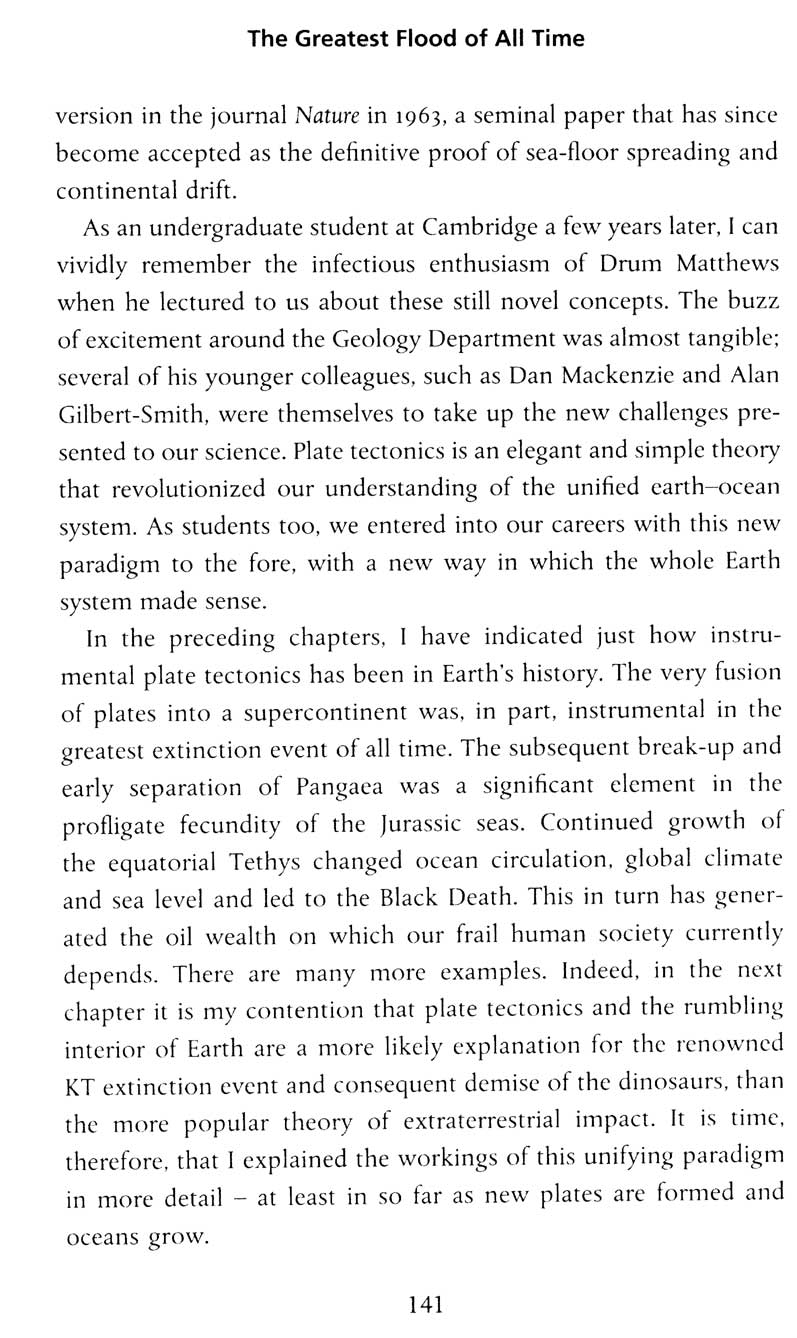 I was asked to review this book when it was released two years ago. I struggled through the book not because it was poorly written (it is well written in a style similar to the very readable Richard Fortey) but because the text contained so much information that it was hard to grasp all at one time. Not surprising as it covered the geologic history of Planet Earth (or rather the Tethys Ocean at its zenith covering 82% of the planet) from 250 million years ago to 5½ million years ago in a gigantic detective story. And like the fictional crime stories on television I needed quite a few diagrams stuck on the notice board to maintain my focus. The paperback book contains a few useful monochrome diagrams as prompts rather than the main content. 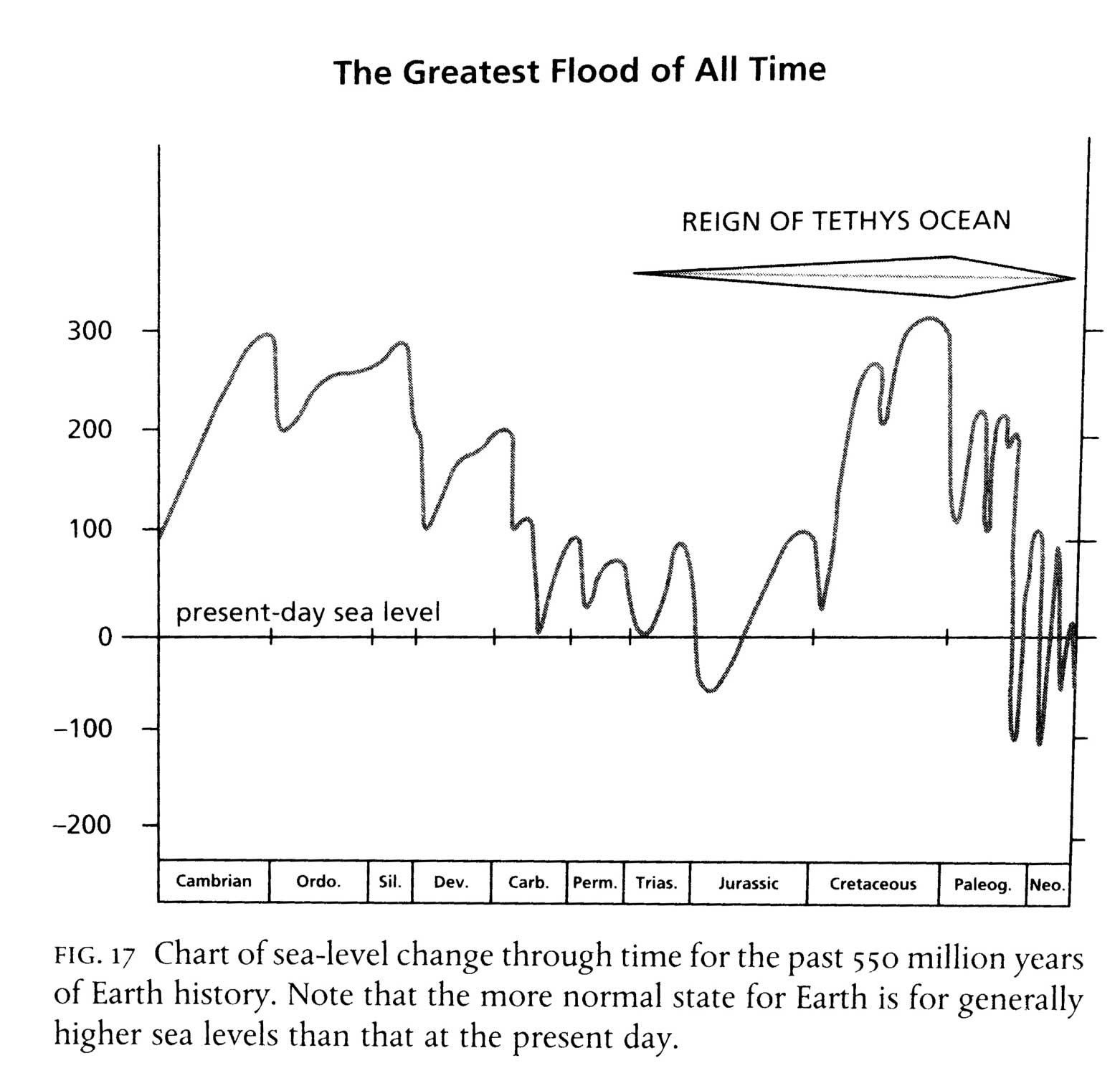 As a child of the fifties the unifying theme of the new Tectonic Plate Theory was not explained very well to me on the chalkboard and dry text books at school. It is the opinion of Dorrik Stow (and one shared intuitively by me) that the movement of the continents, and oceans, were more important that the "KT boundary event". Let the jury of readers decide (my comment). A lot of evidence is presented to you and as a layman I was slightly overwhelmed and I would need a foreman (teacher) as a guide. Better might be a lot of big colour diagrams so I could get an overall view (available in atlases of world prehistory). So the onus is on the writer who as an internationally renowned geologist clearly knows his stuff to explain the case (the gradual extinction of species rather than the abrupt loss of a few species of terrible lizards: my words) and provides lots of interesting facts along the way. e.g. how it was that the depth sounders first mapped the ocean floor.

I am glad I dipped into the book and I have not finished it yet. It is only a cheap paperback and I think it is rather essential reading. And each chapter is like a book on its own.  The information is rather condensed with the intensity of poetry so that make it difficult to take in a lot at one time. The small index seems like an afterthought, or abridged, and it was comprehensive but missed out on the first test of what I wanted to look up. The contents does not lead to information retrieval very easily if you want to revise on say the chalk seas: the Chalk-Flint cycles starts on page 156 and quickly jumps to the Milankovitch Cycles, which may be a jump too far for the casual reader who is not a scientist or does not live on the chalk downs?

The paperback version is quite well made and does not fall to pieces like some other well thumbed books.

It might deserve a coffee-table book second edition (with CD-ROM?) with colour diagrams and rewritten in parts that requires a too big a jump (it may miss out a link that the reader does not know) for the layman, and for some scientists with fading memories.